As we continued on our amazing road trip through the highlights and enjoying some amazing foods of Morocco, we were excited to head towards the walled city and fishing port of Essaouira.

As far as Moroccan seaside towns go, Essaouira has nearly got it all: a thriving medina; enticing souks filled with exotic spices, pottery, and carpets; freshly caught spoils of the sea perfectly prepared by skilled chefs; massive 18th century stone walls, towers, and bastions; and nearby golden sand beaches that stretch on for miles.

In fact, we’d been inundated with photos of the blue boats that crowd the harbor, and of course that just fueled us on to take our own iconic shot.

On the Road to Essaouira

However, it wasn’t the boats we were all talking about on our way there. The big talk was about whether or not the famous Argan goats really climbed trees, and more importantly would we see any of them. Goats? Trees?

Unless you are in the throes of planning a trip to Morrocco, chances are you may have never heard of these gravity-defying goats that snub their noses at the meek and mere ground-dwelling of their kind.

Where to See Goats in Trees in Morocco?

Outside of Essaouira is famous for the tree-climbing goats. These goats, these special goats, are the foodies of the cloven-hoofed world and are in constant search for that delicacy of goat delicacies, the argan nut. Humans can also eat the argan nuts, but unfortunately we didn’t come across the chance to do so on this trip.

There are, however, plenty of opportunities to take home healing lotions made of this Moroccan brown gold. Whole villages of women gather and pound the nuts in order to become independent business owners or at the very least become part of a female cooperative in a country with few business opportunities for women.

We chose not to actually go to the village where all of this takes place, putting our hopes into just running into some of these taste-questing goats along our route. We were lucky. As we rounded a bend, one of us spotted goats, a big herd.

We slowed down, hopeful. Were any in the trees? Were any munching on nuts? Yes! Over there! Jim did a quick turn around and pulled right off onto the sandy shoulder. Luckily, we didn’t sink too deep and felt comfortable that we’d be able to easily resume our journey when we were done goat-chasing.

The Tree-Climbing Goats of Argan

We all jumped out of our rental car, cameras poised. At first the goats seemed a bit miffed that we were getting in the way of their mid-afternoon snack, but they quickly got used to us. We saw goats, big and little, white and brown, all standing on their hind legs trying to get at those nuts without the climb, but finally an impatient brown and white spotted goat took the challenge and up he went.

He nimbly navigated the thin branches of the argan tree (more like a bush, if you ask me), and before we knew it others followed his lead. Soon we were right in the middle of all of these goats climbing to the top of the bush to get to the sweetest nuts.

We didn’t see the goatherd at first, he blended in well with his surroundings, but all of a sudden he was right next to us. He didn’t speak anything that we spoke, not even a smattering of French, but we understood through his gestures that he had 47 goats, and he loved to bring them to this part of the desert. He got a kick out of us photographing his animals, and we shared some oranges with him.

So, the answer is yes, goats do climb trees! We climbed back into the car and a couple of kilometers down the road, we came to a road stop. There to our initial amazement was an entire tree filled with goats.

We were a little perplexed, because this scene did not at all match the scene we had just witnessed. This was one tree. A tree, not a bush. There was about 20 goats all standing on the branches, just standing there. They weren’t munching on anything.

As we pulled over, we were immediately approached by a man, a very clean man in jeans (not very goatheard-like). He offered to take our photos in front of the tree with the goats for a fee.

We were still perplexed and wanted a closer look. To our dismay, we realized these goats had been tied to the branches. We quickly declined and told them we would not support tied up goats and left.

Thankfully, we had not come across this guy first. We may not have known better and even may have had our photo taken; who knows. Just beware if you drive out near Argan and Essaouira that this is now a thing.

One Day in Essaouira

Once more back on the road, we arrived in Essaouira in late afternoon. The golden light was throwing long shadows, and we were excited for one more big event…the sunset. We had a few hours before then, though, so were able to meander the harbor, blue boats and all, as well as within the walls of the city.

The souk was winding down for the day and the vendors were starting to close their wooden doors and shutters. A few final shoppers gathered carrots and greens for their dinners, and kids showed up to play soccer and chase inside the city walls.

We made the climb to the city walls where many people were gathering to watch the sun on its path to set into the Atlantic. They were everywhere, but it didn’t take away from the colorful magic as the red-orange ball dipped its toe and then finally disappeared.

What to See In Essaouira

There is so much to see and do in this small, easily walkable, Moroccan city. You can easily do it all in one day. For a one day itinerary, get there nice and early. Wander the city while it’s still a little cool in the morning, then after lunch take advantage of that beach. Don’t leave before enjoying one of the best Atlantic Ocean sunsets you’ll ever enjoy.

Things to Do in Essaouira

As in most Moroccan towns, one of my favorite things is just getting lost in the medina, wandering down the narrow winding alleyways that open up unexpectedly to a brightly lit garden square with children playing noisily, a small fountain merrily bubbling away, and colorful laundry hanging high above. As soon as the sights and sounds have begun to cast their spell, the subtle aroma of Moroccan spices, a simmering tajine, and aromatic leafy mint tea finish the job.

Enjoy the Architecture and Stonework of Essaouira

The architecture here is mesmerizingly intricate and colorful as in most of Morocco. Interestingly, the European defensive works tend to add to the charming feel of the old town and provide a vantage point to get above the rooftops and see down into the bustling warren of souks and riads.

From the high outer wall you can spot the shops and stalls that might have that special something you’ve been meaning to buy, but, more importantly, scout out the perfect perch to come back to for the glorious sunset. We recommend climbing up into one of the canon enclosures.

Next, head into the Scala du Port for a real taste of Essaouira. The Portuguese built the enclosed harbor to protect their trade along the coast. Well, the Portuguese are long gone, but their expert engineering remains and now protects the hundreds of brightly painted blue fishing boats that are constantly going in and out of the bay.

Fisherman are busily repairing nets, touching up the paint on their boat, or selling the catch of the day. This is also a great place to grab a snack of grilled fish, fresh from the sea. Be careful as you explore in this area as the seagulls and other birds are constantly flying about trying to snatch a free snack from the unwary tourist.

Essaouria is known for its refreshing coastal breeze. This is the perfect place to unwind and relax after a long, hot trek in the dessert. And for the adventurous traveler, this is the place for wind surfing or kite surfing.

Whether you feel at home on the waves or in them, the unbroken stretches of sandy beaches are sure to please. Be careful, though, if the wind is blowing too strongly the current can become quite dangerous, and it may be better to settle for a barefoot walk along the water’s edge.

Hotels in Essaouira run the usual range from budget backpacker to high-end resorts. Our preference, as usual is somewhere in between trying to find the best balance and comfort level for the most affordable price.

In the end we chose the family run Dar Dayana. This cute little hotel has the friendliest owners, the most comfortable rooms, and the best breakfast. Better yet, it is located inside the medina so we were right in the mix of things with plenty of restaurant choices.

La Table – When on the coast you’ve got to eat seafood, right? Address: 7 Rue Youssef El Fassi
Les 3 Portes – Some of the best of the Moroccan food. Address: Rue Al Atarine
Triskala – Love the interior and the comfort food. Address: 58 Rue Touahen

Unless you rent a car, as we did, you have two ways to get to Essaouira. You can go by bus or you can hire a taxi. It’s only about a 2.5 or 3 hour drive, depending on how often you stop if you are coming straight from Marrakesh, but of course the private car is going to cost you much more per person.

I’ve heard of people with short itineraries, like my sister, taking a day trip to Essaouira. You can do it, but you’ll spend six hours getting there and back. I would recommend at least spending one night.

Time to Agadir: 2.5 hours
Time from Casablanca: A little over 5 hours

It’s quite easy to take one of the buses to Essaouira. There are two major companies and they both cost about 80 DH per person (about $8.00 US). You can either take the CTM or the ONCF. Both are basically the same, but the ONCF gets you within a little closer to the medina, depending on where your hotel is located.

Morocco is a great county to visit, and we especially love the coastal town of Essaouira. Even if you only have one day, you can do and see plenty, including visiting the tree-climbing goats looking for those tasty argan nuts. 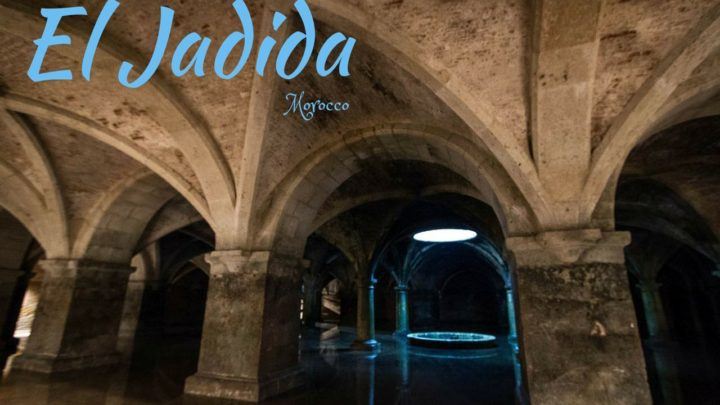 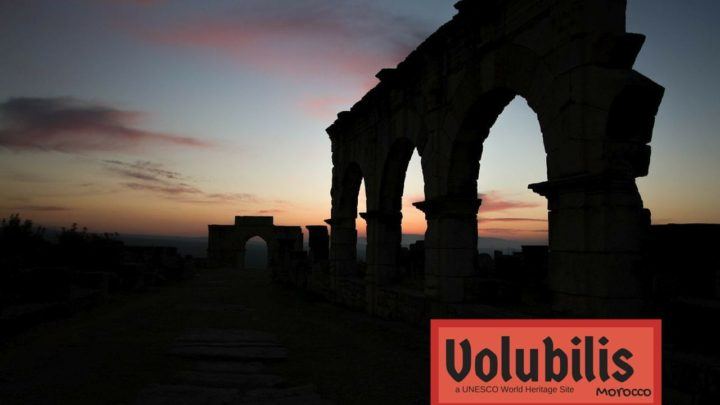 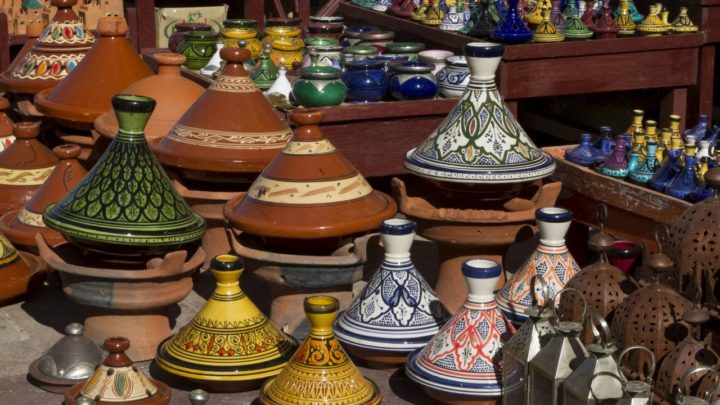 Marrakesh, a Magical Intro to Morocco! 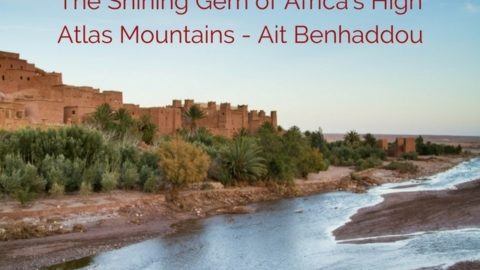 Sensory Delights at the Berber Market in Morocco 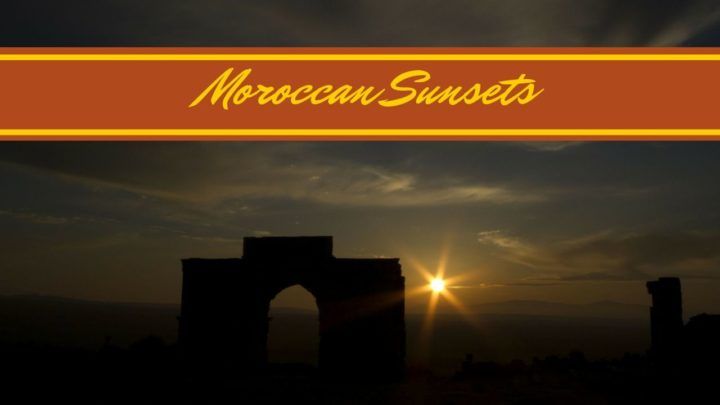 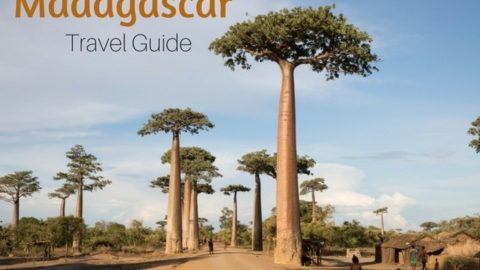 10 Tips For A Cinque Terre Trip

22 thoughts on “What To See in One Day in Essaouira”