Morocco is on everyones’ tongues lately. Visions of crenelated towers, orange juice vendors in chaotic souks, and camel rides at sunset in the Sahara draw us to the top of the dark continent.

Over 10 million visitors a year seek out the exotic sounds of the call to prayer and the unbelievable taste of a lemon chicken tajine, but not too many people realize that Morocco hosts some amazing historical sites as well. While most tourists will spend their time in beautiful Marrakesh, only a fraction (about 100,000) of them make a stop between Meknes and Fez to visit the sprawling Roman ruins of Volubilis. Visiting Volubilis was a highlight on our Moroccan Road Trip.

The Roman Ruins of Volubilis

Volubilis was inscribed on the UNESCO World Heritage list in 1997 for its amazing Roman ruins. It is a glowing testament highlighting how the rule of the Romans took over much of the western world, including plenty of sites in Northern Africa.

The city is located near the Moroccan Islamic holy city of Moulay Idriss where one of their most famous mosques is situated, yet there are olive orchards and farmlands in all directions.  We love a good world heritage site, and we weren’t going to miss this one.

The Best Time for Visiting Volubilis

Power Tip: Plan to arrive an hour or so before sunset, since that’s its closing time, so you can get some fantastic golden hour and sunset photos.

I absolutely love it when serendipity steps in and takes over all my travel plans.  We were slowly driving from Meknes, and we were taking our sweet time as we tend to do.

Driving down small roads into smaller villages and stopping often along the way to buy some oranges or stop and share those same oranges with locals, we didn’t arrive at Volubilis until about an hour before sundown.  It was perfect timing.

Most archaeological sites will not let you enter so close to sunset. They want everyone out of there so they can go home.  However, since we were staying only a couple of kilometers away, we decided to try our luck for gaining entry so late in the day.

We didn’t want to have to rush through the site, so we thought we’d check to see how much time we would have to visit the site, and if it wasn’t enough we’d just leave and come back in the morning.  The guards assured us that we had plenty of time, and they invited us in.

The parking lot only had three cars in it, two with Moroccan drivers awaiting their passengers in order to whisk them away to their hotels. No one seemed to be in a hurry. A little perplexed, we headed down a huge staircase before we arrived at the site museum where we stopped briefly.

Archaeological sites like this usually have a small museum in situ, but the majority of the antiquities have already been hauled off to larger, more frequented and often more famous museums.

You can find Volubilis artifacts at the Rabat Archaeological Museum, which is a fantastic place to visit in Rabat. However there is nothing like walking through the ruins, picking your way through shrubs, and finding broken inscriptions just laying on the ground. It makes you feel like you are an explorer finding them yourself.

When Jim and I visit a site, we almost never stick together. We like to wander, explore on our own and discover and marvel at the things that we find. If we find something spectacular we don’t want the other to miss, we’ll just call them over.

So, it didn’t take long to find myself on my own photographing the details of the carved stones, the old olive press, and plenty of arches, columns, and — bonus! — mosaics. I love mosaics, and Volubilis has its fair share!

Mosaics were mostly used to decorate the floors of the Roman nobles, and we have sought them out as far away as eastern Turkey. Intricately put together puzzles of various deep hues draw such stunning pictures, and these have lasted for two thousand years….outside!

I find them extremely mind-boggling and so much fun to look at. This floor shows how large the houses could be for the richer Romans. This particular house was located not far from either the Basilica or the public baths. Location, location, location.

We’d been at the site for over an hour, and the sun began to set. Not that there were many people there, one tour bus and a few private tours with very small groups, but no one seemed to be in a hurry. The tour guides were chattering away.

We were a little worried, but we just kept on exploring. The light was golden hour light, magical as it reflected over the columns, arches, and steps of the main Basilica.

When you are standing on the top step of a huge ancient temple, it is hard not to let your imagination run wild. How were they built, visited, or maintained?

Now, the sun was really low in the sky and we figured we only had a few more minutes, just waiting for the guards to usher us out. Then we looked at the triumphal arch and it dawns on us that the Romans had built it facing west. The sun burst through the arches, and it was an electrifying sight.

I struggled with wanting to photograph it or just sit down and enjoy it. With only about 15 people sharing this magnificent experience, I just couldn’t believe my luck!

After this spectacular show, I heard a long, shrill human whistle. It was time to go. There are few electric lights in the area, and it became pitch black minutes after we made it back to the parking lot. Talk about timing!

Getting to Volubilis: If you don’t want to rent a car yourself, there are day tours out of Casablanca, Fez, and Meknes. Many folks hire a car and driver through their hotel and do it that way, which I would say is a great idea so you don’t have to wait around.

Like I mentioned, only one tour bus was there when we were there, and yep, you guessed it, they were gone before the sun started to set. I don’t recommend a huge tour.

Accommodation: We stayed at a very spartan, interesting and, might I say, adventurous bed and breakfast. There was one hotel quite close to the ruins and a few in Moulay Idriss, but since it is only a little over an hour from Meknes, I would recommend you stay there.

Another reason to have a dedicated car and driver is that if you do stay for the sunset, you will not want to drive in the dark. Let someone else do it.

Eat: Don’t expect to eat anywhere at or near Volubilis, we didn’t see any restaurants at all. Even though I have heard that the small cafe is decent, it wasn’t open when we were there.

I think this is one of those times that packing a sack lunch and having dinner reservations for your return is the best way to go. We munched on trail mix and ate lots of oranges.

Don’t make the same mistake that millions of other tourists make when they visit Morocco.  Don’t miss the exceptional Roman ruins of Volubilis…and yes….go an hour before the most beautiful sunset in Morocco!

Have you been to Morocco? Did you make it to Volubilis? What did you think? 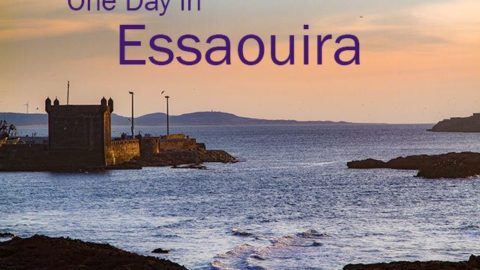 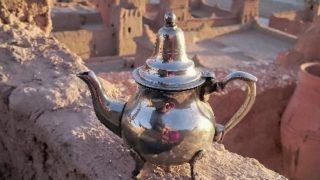 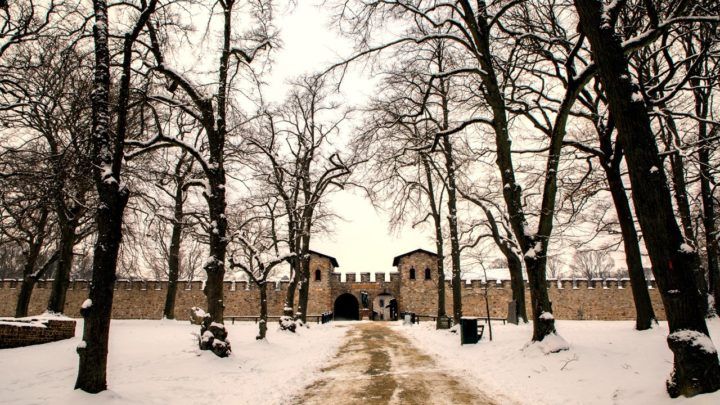 Saalburg Roman Fort and Museum - Only 30 Minutes from Frankfurt 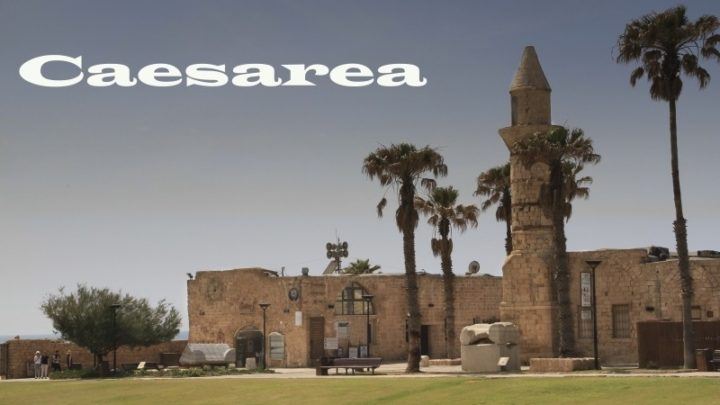 Checking Out the Roman City of Caesarea in Israel 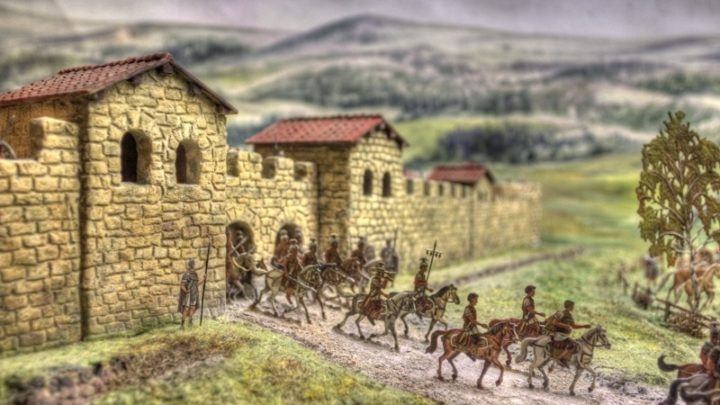 We went to Volubilis while in Morocco and were lucky enough to have it all to ourselves. We got to wander around all morning till eventually other tourists showed up. Loved it (and this post).

Thanks Tim. Yes, Having the place to yourself is a dream.

I'm going to follow your blog! Have a great day!

Really beautiful photos! It's a shame I missed this place on my trip!

Becky, I love ruins, so it was especially good for us to see. Maybe you'll go back sometime.

Some fantastic photos. I went to Morocco about 30 years ago and saw some of the worst poverty I had ever seen. I wonder what it is like today, would like to bring Spanky there. There's something about having a place to yourself with no other tourists. Looks peaceful and the mosaics very impressive. Frank (bbqboy)

Frank, It was almost by ourselves, close enough to make it a fantastic experience. As far as the poverty, I've seen much, much worse. Cheers!

I have to admit that I hadn't heard of Volubilis, I've been to Casablanca and Marrakech years ago and would love to return to Morocco. How fantastic that you managed to visit at the golden hour, your sunset shots are amazing and I love the photo of the Roman inscriptions laying on the ground.

Thanks Suze, It was lucky, an amazing time to photograph.