“I hope you brought lots of water and some sunblock.  It’s going to be hot today!”  That’s what the parking attendant greeted us with as we drove up to her booth.  At nine o’clock in the morning, it was already a scorcher. As we parked the car, we did load up on water, but we didn’t have any sunblock so we knew we were taking our chances. It turns out this was the hottest day in England in several decades! But we were so excited to hike along the White Cliffs that we just didn’t care. 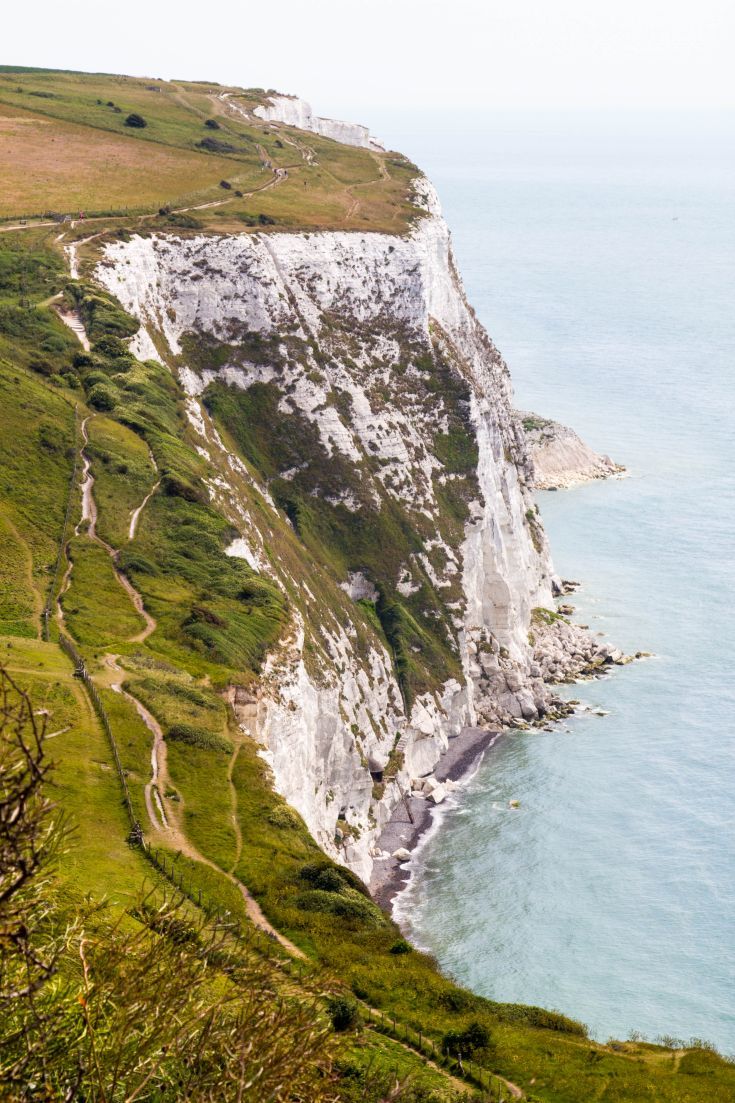 We had taken the 8:30 train on the Chunnel which was a half an hour earlier than we had booked, but with the migrant situation in Calais the authorities were encouraging drivers to load up.  The roads in France were blocked by miles and miles of trucks, but they kept one lane open for cars and we got through.  We spent the night in Calais, and the small port city had a quietness about it that seemed a bit out of character.  It was subdued.  The only thing hopping was the McDonald’s right next to the Chunnel line.  The crossing was quick and fun, but we couldn’t believe how many miles of trucks we saw on the England side as well.  What a mess! Other Things to Do in England At any rate, we drove by the gorgeous Dover Castle and headed straight to the White Cliffs for a nice walk.  The National Trust has put in a cliff-side path that is paved, easy to walk on, and has amazing views of the cliffs and the port of Dover.  All my life, I’ve heard of the white cliffs of Dover.  I’ve craned my neck as I’ve flown into London.  I never saw them.  I was always so disappointed, but this day all that changed.  Not only did I take in the gorgeous views, but I was up close and personal with the chalky cliffs. Flowers, butterflies, green grass.  It was stunning.  We took our time peering over at the port and really just enjoying a pleasurable day out. If we had more time we could have taken the longer trek out to the white house and enjoyed a nice tea, but we were heading next to the beautiful cathedral at Canterbury.

Have you been to the While Cliffs of Dover?

Pin for the White Cliffs for later. 14 thoughts on “Walking Along the White Cliffs of Dover”