Are you looking for some gorgeous blossoms in early spring in Japan? Odawara is a short trip from Tokyo and has it all. We love the Japanese plum blossom festival and the Odawara castle.

When it’s early spring in Japan, everyone starts getting ready for “hanami” or flower viewing, and we were right there with them. However, mot many people know that the first flowers that people want to view are not cherry blossoms but plum blossoms.

We were excited to go to our very first plum blossom festival in Odawara. Of course, we like to make the most of our day, so once we were done, we also had to visit the Odawara castle. It was a great day out.

The Ume no Sato, or Plum Festival, is a celebration of the end of winter. Ume means plum in Japanese, and they are a significant part of the diet. Have you heard of umeboshi? Umeboshi are pickled plums, and you can find them in onigiri to eat all year round.

We had no idea what to expect for the plum festival. We’d been to many cherry blossom festivals where there are food stands and pretty trees, and people would either bring their own food or buy some and enjoy the day outside picnicking.

Spoiler Alert! That’s pretty much what the plum festival was like as well, and oh was it gorgeous.

This hype, this love for flowers is not a new idea. The plum festival has been going on for 50 years, and it’s going strong. With over 35,000 plum blossoms to experience and enjoy, people come in family groups, with significant others, or all alone to spend some time hoping winter is gone for good and spring is on its way.

Where To Go To See the Plum Blossoms

The Ume no Sato in Odawara has two main viewing areas, the Soga Plum Grove or Soga Bairin and the Odawara castle grounds.

Soga Bairin is the main area of the festival where you will find the food booths, lots of plum products, and many people trying to get a photo of Mt. Fuji through the gorgeous plum blossoms.

The Odawara Castle grounds has 250 trees, and what pretty photos they make when you can get one with the castle in the background.

We did both, and we started with Soga Bairin, which I think is the best way to do it. We drove but parking is extremely limited, so even though we arrived by 9:00 parking was almost gone.

In fact, I would suggest not driving to the plum grove but instead take a taxi or bus.

The thing to do is appreciate the beauty of the plum, the taste of the plum, and the fact that you can be outside and enjoy some fresh air.

The orchard is rather large, and if you wander around it you’ll notice that plum blossoms range in color from white to a deep, almost maroon color. The latter are my favorites.

There are two types of trees as well, ones that the flowers are in little bunches up and down the horizontal boughs, but the other is the hanging plum. These look almost like umbrellas. The branches hang with plum blossoms up and down the entire branch.

Of course everyone is taking photos. My favorite part was the dog-stagrammers. Yes, dog instagrammers. They are a thing in Japan, and for this event the dog owners brought their poodles and shih tzus all dressed up in costumes, put them on tables and had them pose near the trees. It was fascinating to watch.

What Foods to Try or Buy

Umeboshi in ancient times was a food that travelers and soldiers could take with them that would last. They are tart and maybe not to many westerners taste, but it’s worthwhile to give them a try.

The plum wine on the other hand is some of my favorite stuff. Whenever we are offered it, I take it. Take my word for it, try it, love it, and take some home.

Some Highlights of the Festival

The plum festival basically is on throughout the month of February, so it’s pertinent to get a schedule if you are interested in doing more than just walking and enjoying.

Some events they have throughout the month include: traditional archery, photography exhibit, seed art, poetry readings, and traditional dances. The event times can be found on their official website.

Odawara Castle and Its History

We’re always excited to add another Japanese castle to our list. Unlike the fortresses of Europe, Japanese castles are wooden, tall, and just plain gorgeous. We’ve loved them in Matsumoto, Mastsue, Himeji, and Hirosaka, so we wondered how this one so close to Tokyo would compare.

Built in 1495 by the Omori Clan, Odawara castle had been through three major attacks before it was dismantled in 1870. The rebuilt castle was erected in 1960. (source)

Even though it’s not one of the original castles left in Japan, there are only 12 of those, it’s still a worthy visit. The castle donjon or main building has been transformed into a museum for ancient weaponry, and on the top floor, you can get a spectacular view of Sagami Bay.

There are two other notable things to do on the castle grounds.

Castle and both museum opening times: Except a few days during the year, the castle is open daily from 9:00 – 5:00 pm, but the last tickets are sold at 4:30.

Other Things to See and Do in Odawara

How to Get to Odawara from Tokyo

Odawara is extremely close to Tokyo, and gives you the opportunity to explore a castle and enjoy some quiet time. The only time it seems to get busy is during festival times, but it’s still not as crowded as Tokyo.

As always there are plenty of ways to get around in Japan. As you know we almost always drive. Driving gives you the freedom to head up the temple on your own after seeing the castle, but in Japan driving means paying tolls and parking, both of which can be exorbitant. That is why many people prefer the train, and in this case we highly recommend it as well.

It is super simple and quick to get from Tokyo Station to Odawara Station. Just take the Tokaido-Sanyo Shinkansen Kodama Kodama 649 towards Shin-Osaka. It takes a mere 35 minutes.

Where to Stay in Odawara

Even though it’s an easy day trip from anywhere in the Tokyo area, Odawara is one of those smaller cities that you can really get a taste of real Japan, not just chaotic city Japan. You have plenty of options and we’ve listed a few, but if you just want to compare Odawara hotel prices, click here. 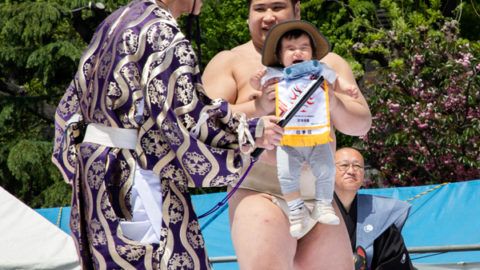 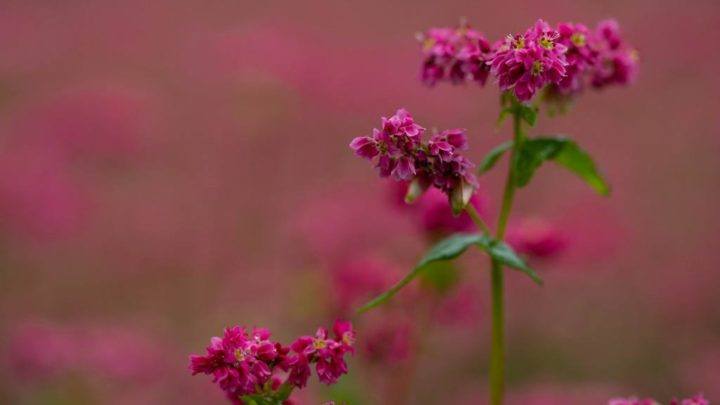 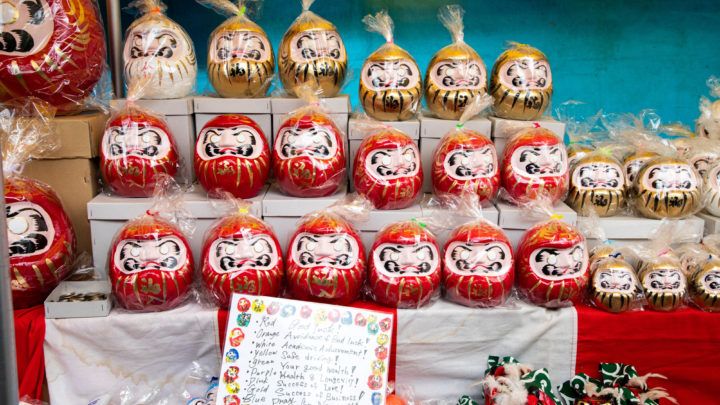 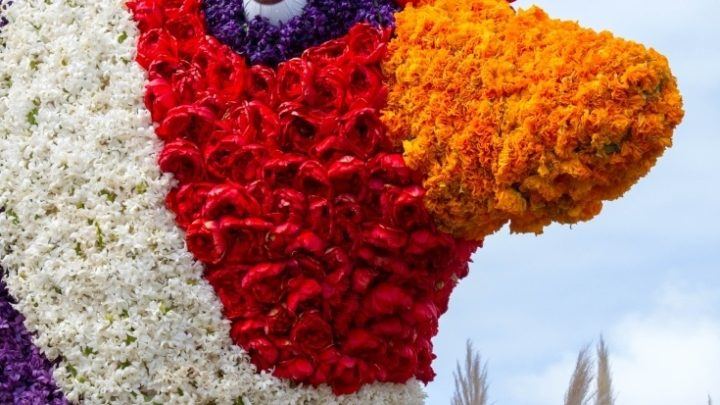 Tulip Festival in the Netherlands 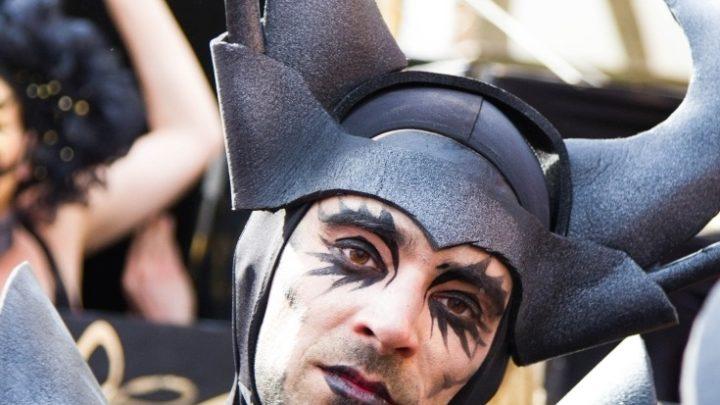 The Fiddler's Festival in Ribeauvillé France 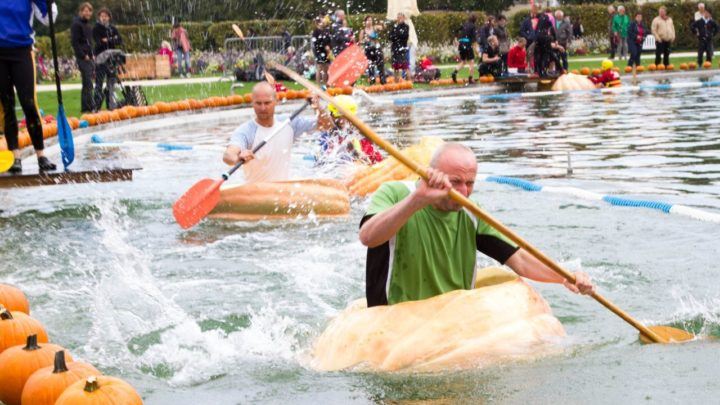 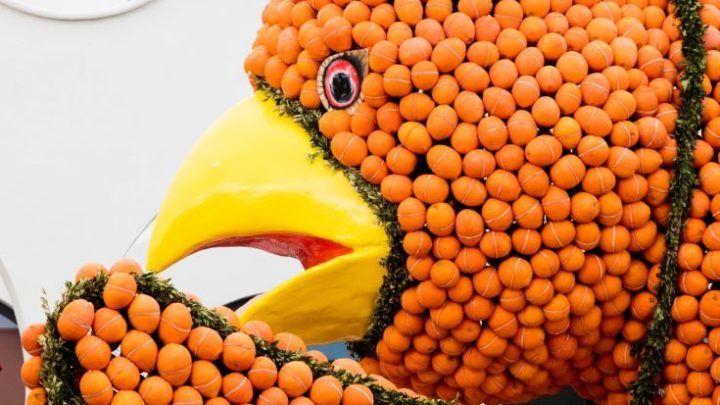 Enjoying the Love of Citrus at the Menton Lemon Festival

Sounds like the best time to go! Love the guide and photos

Japanese castles are so cool! We visited a couple of them on our most recent trip to Japan and I tried imagining what it would have looked like way back when! It looks especially beautiful with the spring blossoms!