Looking for a cultural fair that will bring you some good luck in the New Year? The Daruma fair and market will help you attain your dreams and wishes.

What do you do when it’s a rainy spring weekend in Japan, but you are really looking for something fun and interesting? My plan had been to go to the Daruma Fair, but boy was the weather bad. It was pouring.

It was one of those rains where an umbrella would keep only one bit of you dry at a time. The rivulets of water were falling off the sides of the umbrella and making your back so wet, that you wonder, why bother? But we were a couple hours from home, the festival only comes around once a year at this temple, and hey, we were already wet. We went!

In this article, you’ll learn:

The temple grounds were filled with tents. Tents selling all kinds of daruma and food. It was a festive atmosphere, but the rain was pooling where the tent pole provided a slack, and as we walked in and out of the tent coverings, we were getting dripped on constantly.

Even though we arrived quite early, the crowds were pouring in. Lines were getting longer and longer, and the rain did not seem like it was going to give up.

What is the Daruma Fair?

As part of New Year’s wishes and aspirations, Daruma fairs allow you to go to the temple, buy a daruma doll, have it painted with your wishes on it, and then have it blessed by the priest. This will hopefully help bring good health and fortune to you throughout the coming year.

However, it sounds simpler than it really is. In Japan, darumas do not work by themselves. Just buying one, painting it, and blessing it is not enough to make your dreams come true. That is largely up to you.

What is a Daruma Doll?

A daruma is a small round doll made of paper maché of traditional Japanese rice paper called washi. For over 200 years, artisans from Takasaki (Gunma Prefeture) have made these dolls in the image of the Daruma-daishi or Bodhidharma who is known for his perseverance as he sat for nine years awaiting enlightenment.

Nowadays, you can find daruma dolls in every souvenir shop, and in fact, you can take a Japanese craft workshop to make your own.Many are traditional red with the stern face, but as everything does in Japan, some have moved into a more “cute” realm and are in the shape of animals or popular characaters (like Hello Kitty), and they come in many different colors with various meanings.

Meanings of the Daruma Colors

The History of the Daruma Doll

Takasaki, a city in the Gunma Prefecture, is said to be the first place that daruma dolls were made. The idea of the persevering daruma had been around since the 6th century, however the dolls have only been in existence for about 200 years.

Just like in Shirakawago, this area is known for its silkworms and therefore the darumas are always made in the winter when there is not much farming to do. The farmer who made the first daruma fashioned it in the form of a round, legless, armless man.

This is a nod to the Daruma-daishi who had lost his limbs due to atrophy of never moving them for the nine years he was awaiting enlightenment. But it’s also a nod to a Japanese proverb that Nanakorobi yaoki. “Fall down seven times, stand up eight.” (source)

So even though there are many pits and obstacles in the road, you must keep getting up and moving forward. You, just as much as the good luck talisman, are responsible for making your dreams and wishes come true.

What is There to Do at the Market and Fair?

If it’s your first time coming to a Daruma market, chances are you won’t have an old one that’s lost its power. However, if you do, make sure to take your old, used up, daruma with you. There is a place to dump them at the temple. The temple will burn them later.

After dropping off that old doll, you need to get yourself one that’s new and full of hope. Pick out the perfect size and color for your wish. There will be plenty of stalls and dolls to choose from. Remember each doll is handmade and therefore unique, so take your time.

However, you can have your actual wish recorded on the back of the doll as well. After that, you can stand in line at the actual temple where a priest will bless the daruma. Don’t forget, though, that all the daruma can do is help you attain your goal. Perseverance and hard work on your part is still part of the equation. It’s not just plain buying yourself good fortune.

As you walk to the entrance of Jindaiji (source), you will see all the food vendors set up and cooking. It’s hard to walk by them without indulging, but especially if you are getting there a little later in the day, you might want to get in, buy your daruma, and then get in the line to have it blessed.

The first time we went, we really didn’t have a concrete idea of what wish we would like to make. I highly suggest that you establish this ahead of time, because it requires a lot of decisions. Do you want the traditional red daruma or would you rather pick a color that already states your wish? What kanji (couple of words) do you want the daruma painter to put on your doll?

Luckily, the vendor we chose asked us our wish and handed us a pad to write our wish down for her. This made it easier for everyone.

Where Can You Find Daruma Fairs?

How to Get to Jindaiji Temple

There are many people heading to this annual fair, so stop and ask someone and they should be able to point you in the right direction. Knowing where to get off the bus will be pretty simple since there will be lots of folks going in the same direction and banners will be flying advertising the event.

Power Tip: At some of the train stations closest to the temple there are special shuttle buses to take you straight to the temple. You will recognize the buses, because they will have a cardboard daruma sign on the front of the bus.

By Train from Shinjuku Station

This is the quickest way to get there by train from Tokyo. Take the Keio Line to the Chofu Station (about 20 minutes). From there you will still have to take a bus to Jindaiji Shokkako or find the shuttle. This will take another 12 minutes.

By Train from Tokyo Station

Take the Chuo Line to the Kichijoji Station (takes about 30 minutes). From there you will need to take a bus. Take the bus to Chofu Eki Kitaguchi (bus 1 or 4). The bus takes about 24 minutes from the station to the stop/ Get off at the Jindaiji Shokakko stop.

We drove to Jindaiji since we own a car, and it was extremely simple. Plus parking was only 300 yen. To get there, you’ll be taking toll roads, like Route 4 to the Chofu exit. Then take route 12 to the temple. The temple address is: 5 Chome-15-1 Jindaiji Motomachi, Chofu, Tokyo 182-0017 for your gps.

Experiencing the many festivals and cultural events in Japan is a fun and eye-opening experience. One of the most fun is the Daruma Market and Fair held at Jindaiji Temple each March. Buy your own daruma doll, and see if it helps you to accomplish your goals and wishes.The spring Daruma festival is a fantastic look into the culture of Japan. From the daruma and food stands to the blessing of the doll, it is a once in a lifetime experience. Don’t miss it. 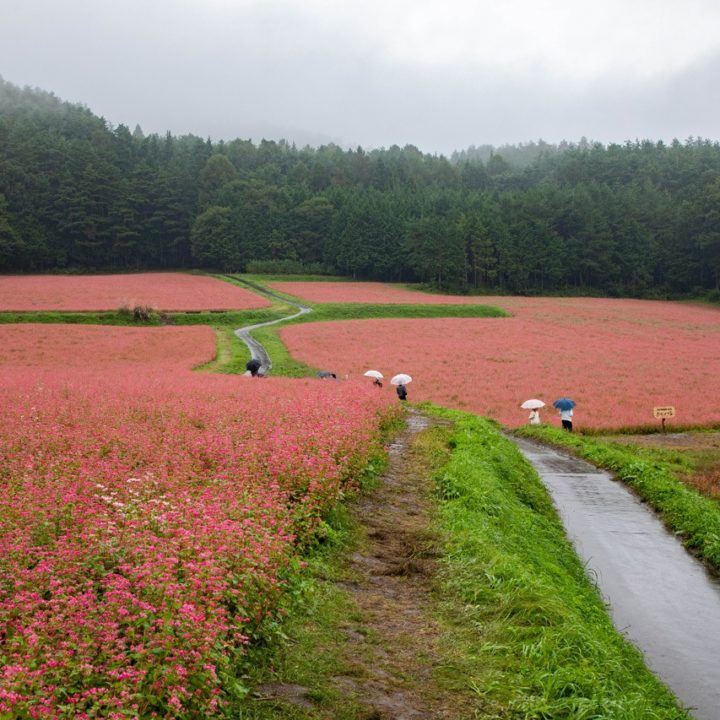 When is the Best Time to Visit Japan? Comparing All 4 Seasons in Japan 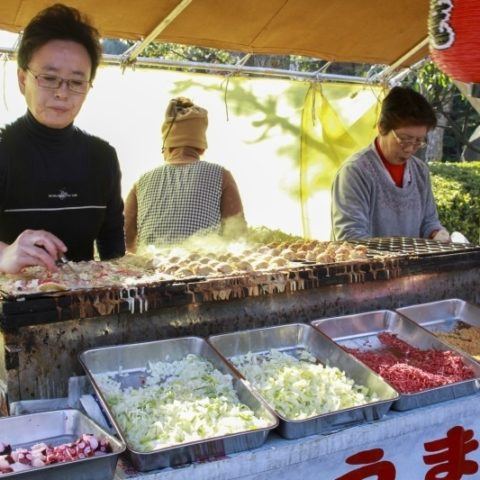 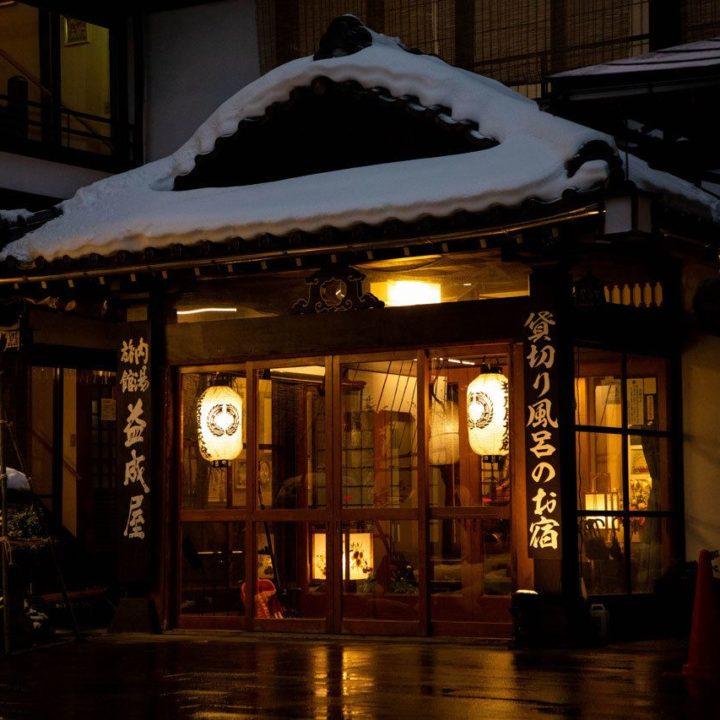 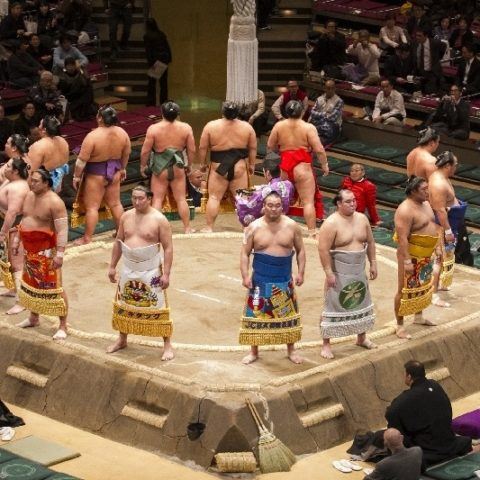 How to Hanami (Cherry Blossom Viewing in Japan) 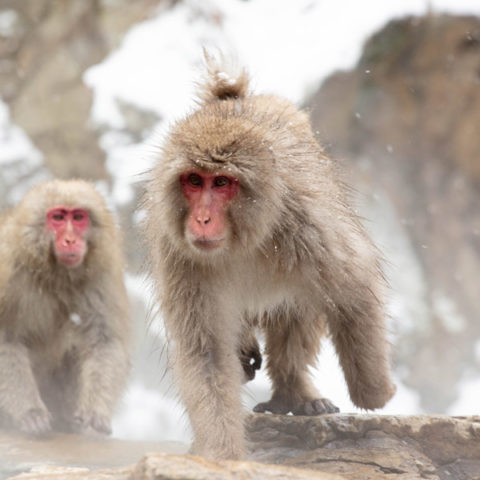 Welcoming in the Japanese New Year with Monkeys and Surprise Bags 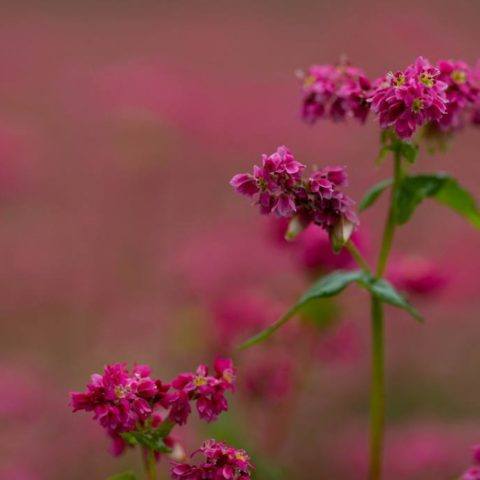 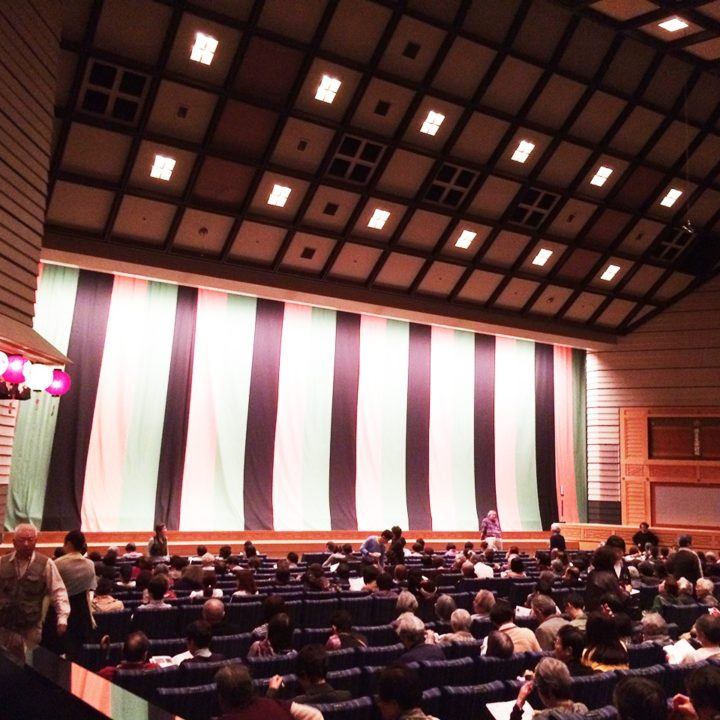 It was interesting to hear about the Daruma Fair. Haven't been to Japan yet, but putting this on the list of things I want to do.

It's one of my favorite things to do. It has such a great atmosphere.

Oh I really love places like this, there are so much to see and do, if you just listen to the locals :)

Interesting! I learnt something new. I did not know about the Daruma Fair. I love Japan. The next time I visit, I will go during Spring so that I can go to one of these fairs. By the way, did you wish come true?

My first wish did not come true. However, I didn't really realize that it wasn't a one and done. This year, now that I really understand what my part is, I hope it will come true. Time will tell.

Wow. Just wow. This is the first time I come across the Daruma Fair, never heard of this or the dolls before, but it sounds amazing. I'm definitely putting this on my bucketlist. Thanks so much for sharing.

I hope your Daruma will help you with your wish ♥

Hi Mariska, The Daruma fair is such a great cultural event. We love it, and we'll probably go again this year. Yes, put it on your bucket list.