Visiting Meteora will transport you into another world. The Meteora sunset is spectacular, so we’ll give you some photography tips to capture it.

For years I’ve been hearing whispers of this mysterious valley with holy monasteries clinging to the side of cliffs, unchanged for centuries.  It seemed like everyone I knew was going to Greece and heading up to see the ancient monasteries and the rock pinnacles.  Sunset photos dazzled me over all the social media channels.  It seemed like Meteora was teasing me, calling me.

On this road trip we were not going to miss Meteora, and luckily it fit into our road trip itinerary. We had just visited Delphi, another site clouded in superstition and mystery where oracles determined the fates of kings and were ready for more.

We couldn’t believe we were finally on our way to see Meteora, inscribed on the UNESCO World Heritage list in 1988, and a destination for hundreds of years for pilgrims and tourists alike.

We only had a couple of days and we were determined to make the best of it.  Our plan was to photograph the valley at all times of the day from different angles.  We had a lot to do, so we needed to get going.

Kastraki is the absolute best place to stay to enjoy everything that Meteora has to offer.  The town is nestled in the valley, with the pinnacles towering over it, and there are plenty of guesthouses that boast a view.  It’s pretty hard not to have one, really.

Arriving in the afternoon, we were anxious to start up into the mountains and find some great places to shoot.  The road is steep and winds around with plenty of places to pull over.  We took our time, evaluating the scenes, where we thought the sun would set, and making a plan.  We couldn’t wait for that sun to set.

By the time the sky started changing colors, we had our tripod set up and we were ready.  We took a variety of shots, somewhat folded the gear, and headed a little further up the mountain where we took another series of shots.  We repeated this process about four times.  Four different places to catch the light on the rocks, on the monasteries; it was magical.  We couldn’t get enough of it.

We finally headed down when the last glimmers of light were dimming.

Meteora is a stunning location and the sunsets are amazing! As you follow the main road, it winds and each curve gives you a different angle to shoot from as it climbs higher and higher.  You could also catch a ride to the top and walk down, but once that sun starts dropping it moves faster than you think.

Getting To and Around

By Car: We already had our rental car figured out, because we were on a full road trip, but you can either rent a car where you land and drive or take a train.

From Athens and straight to Kastraki, it’s about 265 kilometers, but it will take you about 4 hours.

By Train: We could easily have taken the train all the way to Kalambaka, found transporation to Kastraki, but we’re not the types to go straight form point A to point B.  It is a rather inexpensive option, and once you get to Kastraki many places will rent you the bikes or scooters to get around.

From Athens the train will take about 5 hours to Kalambaka. You can stay here or find a taxi to Kastraki which is the village where the Meteora monasteries are.

There are a few places near Kastraki that are quite nice. If you have a car, or rent a scooter, it gives you more flexibility to be nearer to the beach as well.

Naxos Aethereal View – a studio apartment that is super clean and comfortable no matter what time of year you go.

We knew which restaurant we wanted to go to, confirmed our choice with the guesthouse manager, and were extremely downtrodden when we saw it was waiting room only.  The Taverna Gardenia was no secret!  Thankfully, the waiters were determined to feed as many people as they could and they finagled us a table.

We settled in, downed a delicious dinner of stuffed grapeleaves, tzatiki, and beans and some great wine.  Guess what, we loved this restaurant so much we returned for dinner there the next night as well.

If you happen to be traveling to Greece and can finagle a trip to Meteora, don’t miss out. It’s got to be one of the most beautiful, even breath-taking spots in the entire world, and the small town of Kastraki is as Greek as can be. We loved every minute of our stay photographing the amazing rock formations. 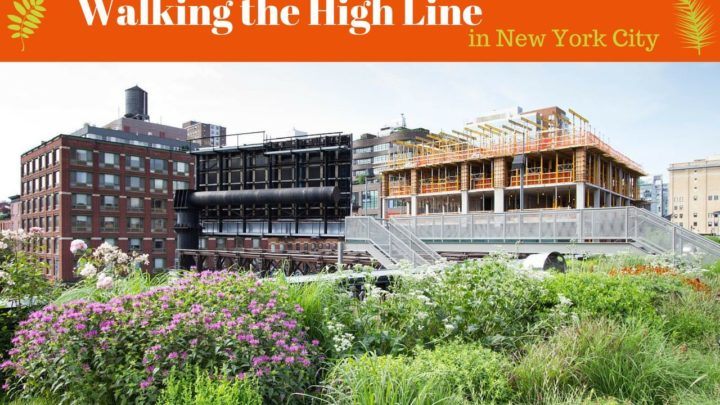 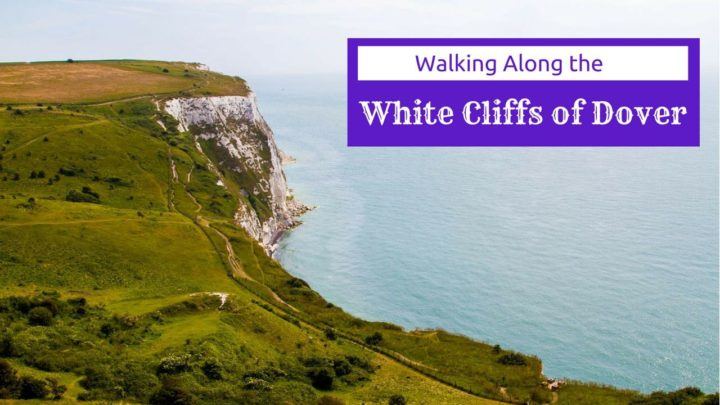 Walking Along the White Cliffs of Dover 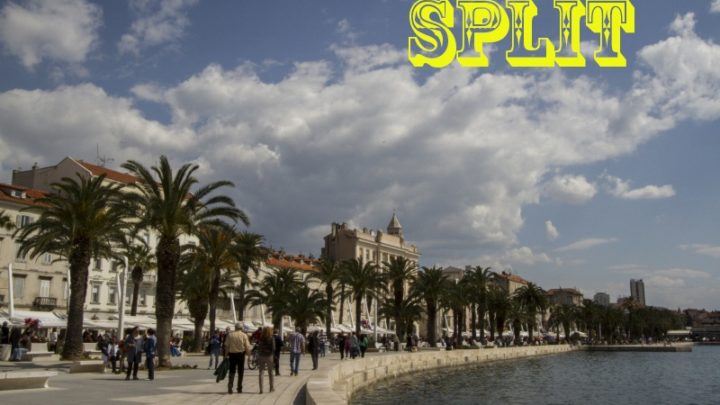 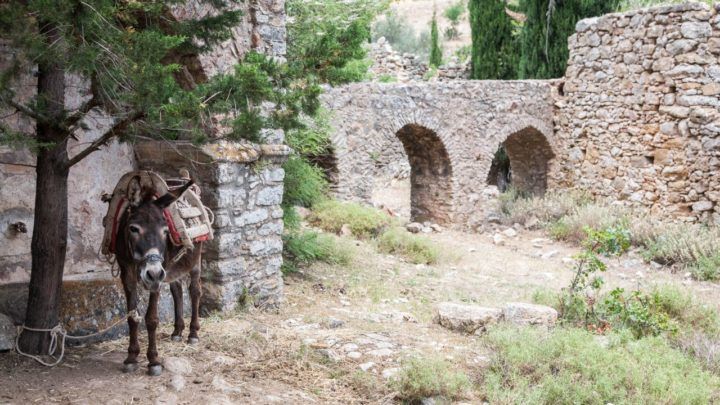 An Educational and Fun Day Trip to Chios - What to Do! 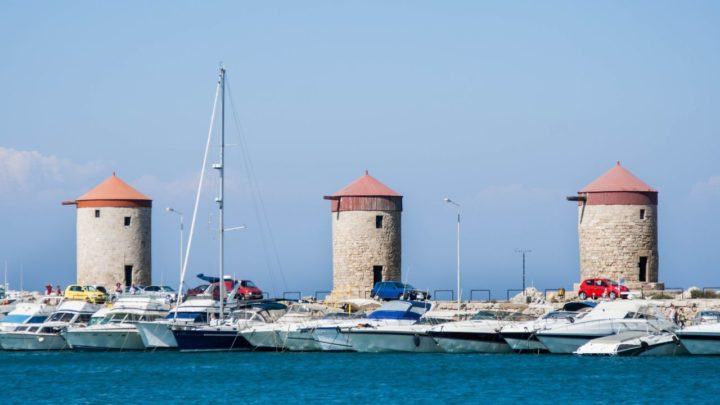 Our Sensational Trip to Rhodes like the Knights Templar

29 thoughts on “Visiting Stunning Meteora – Its Sunset – and Photography Tips”