Blue skies over the ancient Mongolian city of Karakorum 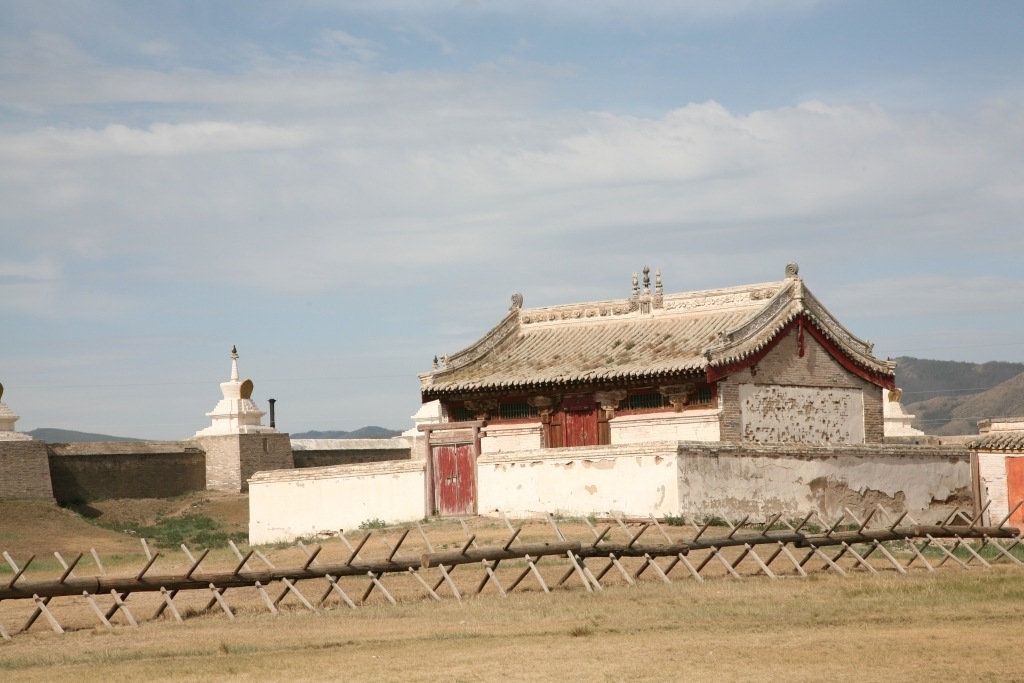 Once you get outside of the new capital, Ulan Baator, there aren’t a lot of tourist “sights” in the rest of Mongolia. The ancient city of Karakorum, along with the Buddhist temple not far from there was a joy to walk around.

The wind whistles over the steppes, and the long grasses wave to and fro as if in rhythm. We were a very small group, and other than a few monks, no one else was around so the visions of ancient Mongols riding in on their mounts, descending from their saddles, and sheathing their swords as they entered the great halls could easily be evoked.

The swooping roofs, the curved towers on the wall, the wooden floors…all bring you back to a time when fermented horse milk was the drink of kings and conquerors.

I loved traveling around this wild, still untamed, country. There are so few roads that we got lost a couple of times and our driver had to ask at the nearest ger how to get back on the track. We saw an abundance of wild birds, marmots, dried up bones, and plenty of people as we traveled. It was really magical.

Other Posts and Photos of Mongolia on Reflections Enroute:

Have you been to Mongolia? What were your impressions, your favorite parts? Did you like the food?