Turkish breakfast or “kahvaltı” is a great way to get your day started and it’s tasty, too!

There are so many good things about Turkish breakfast. Many of the foods are staples in the Turkish kitchen: bread, tomatoes, cucumbers, cheese, yogurt, eggs, olives, honey, jam, and sometimes meat. 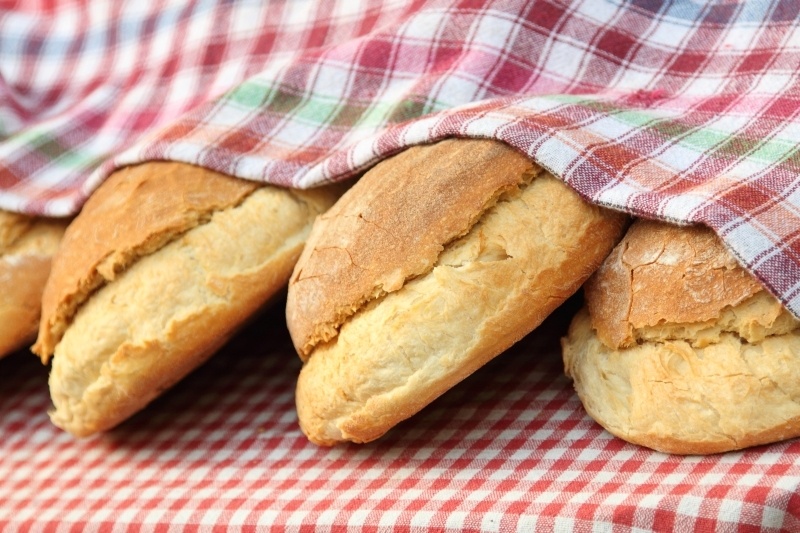 Turkish bread is amazing. Years ago, the ekmek (bread) was a flatter loaf, almost like a pita, but not that thin. Every street had a baker very close by, and someone would walk down and buy the warm bread. Today the loaves have changed a little, they are more like a diamond-shaped, fatter loaf. It’s still delicious, but often it is made in huge factories, driven to the local vendor by vans and then bought from there. Surprisingly, around Ankara, it seems like a lot of gas stations have bakeries attached. 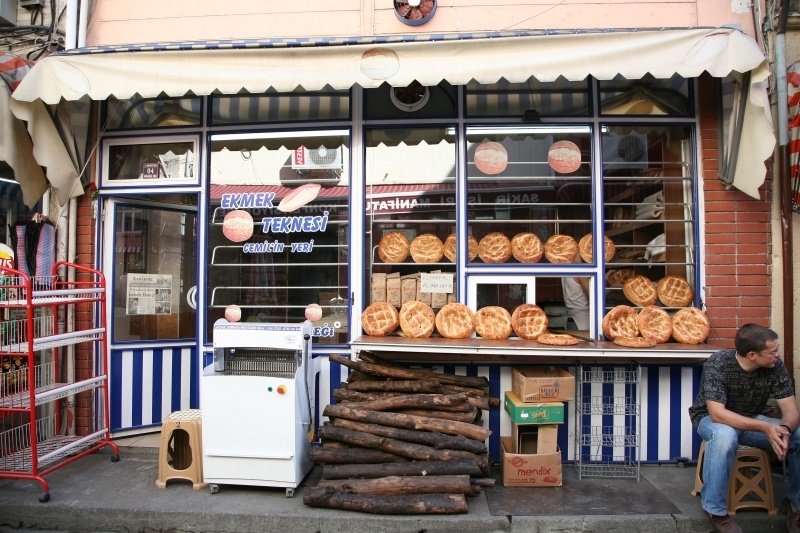 People buy their bread daily, and it is not unusual to go in and buy a loaf of bread for each member of the family. The salespeople always chuckled when Jim and I would go in and only buy one loaf. It usually falls to the children to run down to the bakery and buy the bread, but if you live in the city your kapıcı, or caretaker of the apartment building, would go and pick it up and then hang it on your door. 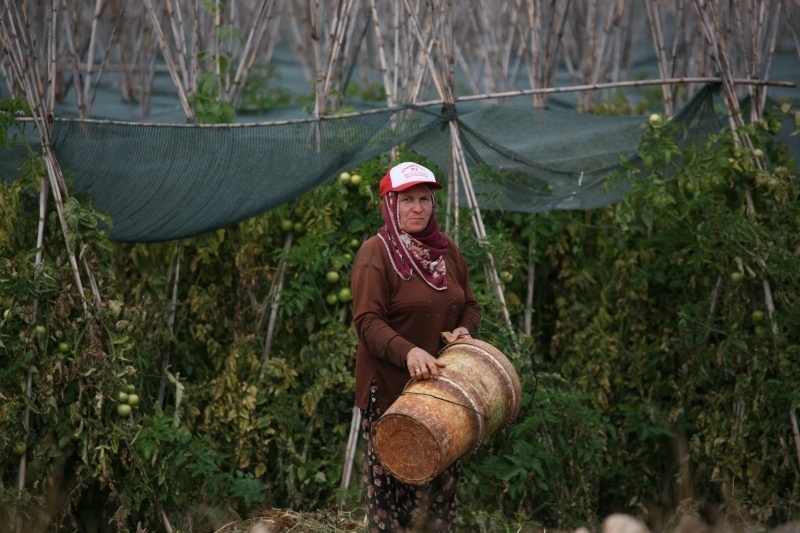 Turkish tomatoes, especially from the town of Ayaş (north of Ankara) are so red and delicious. Much of Turkish countryside is dedicated to growing tomatoes because it is an ingredient that is used in so much of their cuisine. One of my favorite tomato memories was when a couple was supervising the picking of their tomato fields and ran up to us with arms filled with beautiful, deep red fruit as a gift. 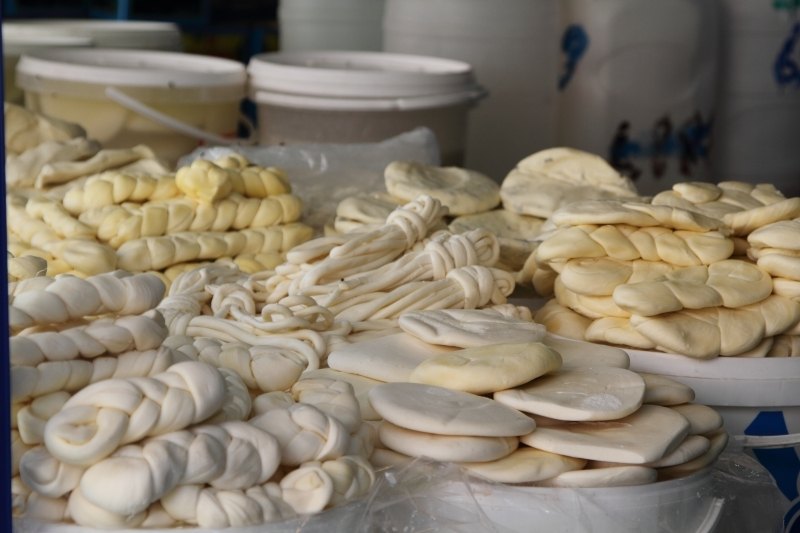 In Turkey, the cheese is as varied as the regions. Most places you will see two choices of cheese. There is a Beyaz Peynir, or white cheese, which looks similar to a feta and is a bit sharp. I love to eat a bite of this with tomato, but you will also find it used as a stuffing in börek or gözleme. 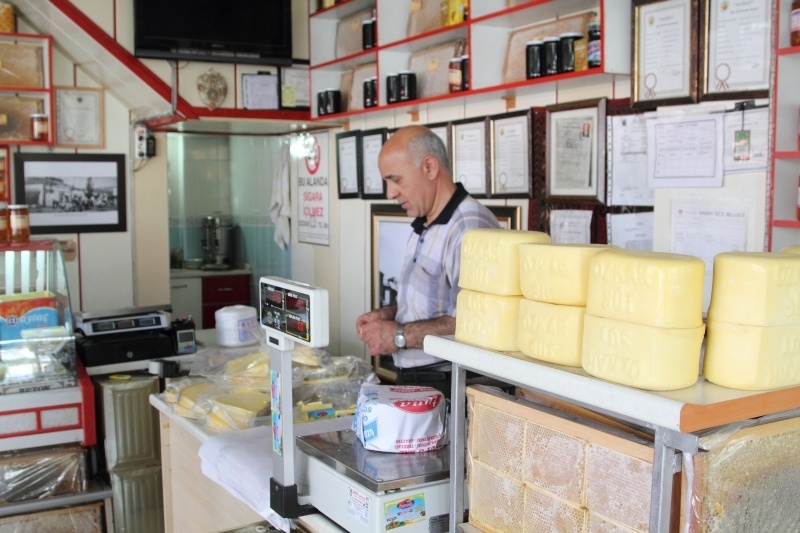 Another popular cheese is a yellow cheese called Kaşar (which means from Kars). It is much mellower in taste, and I’ve found many visitors prefer this cheese because it is mild. Kaşar is often found melted down and served as a meze in many restaurants which is downright sinful!

Depending where you are, there are plenty of local cheeses that will find their way on your plate for breakfast. For example, in Diyarbakır, they serve a white, salty cheese called örgü, which is one of my favorites. You can buy it anywhere in the country, but there is nothing more perfect than buying it straight from the cheesemaker at the cheese market in downtown Diyarbakır. Recognizing örgü cheese is easy, because it is about six inches long and braided, which is what örgü means. It’s amazing how many types of cheeses there are throughout the country.

I was never really an olive fan until one day when I was traveling in southern Turkey, just north of Bodrum. We stopped at a garden Kahvaltı restaurant. It was run by a retired teacher and his wife and we were the only customers that afternoon. The owner offered us olives, and we tried to turn them down, but he insisted saying how his wife had made the olives and they were by far the best in the whole country. I think he was right, and from that day on I began to love Turkish olives. 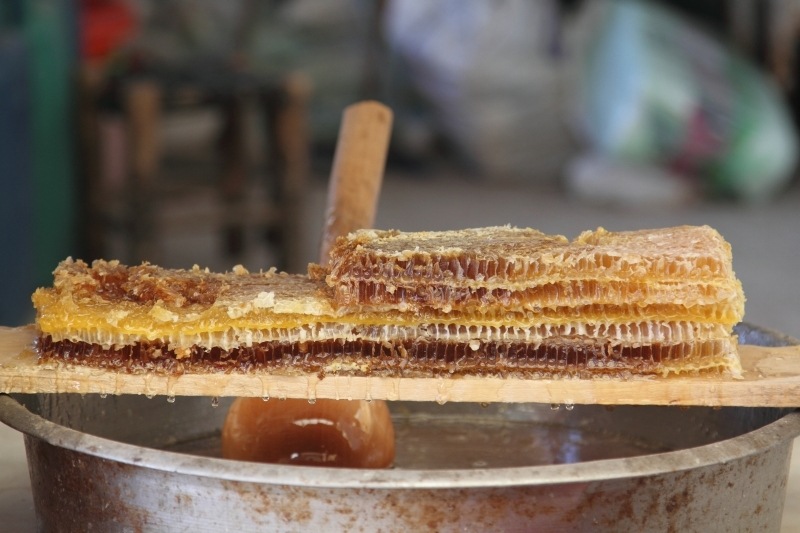 Jams are often homemade, and one of my favorite jams is rose-flavored. Like lokum Turkish Delight candy, roses make an aromatic jelly that is really quite tasty. Other popular flavors are apricot (the best from Malatya) and strawberry. 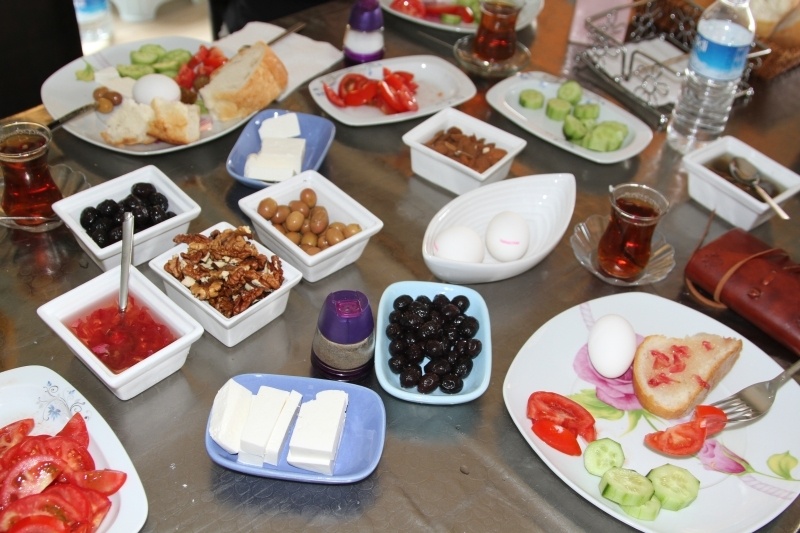 Breakfast is so important and so loved in Turkey that there are plenty of cafés or restaurants that serve kahvaltı. Interestingly enough, the restaurants aren’t selling it in the morning. At the earliest, in the big cities they might start at 10:00 AM, but in the villages or at the garden Kahvaltı restaurants it is a 2-3 hour afternoon event. You will also be offered more choices, like menemen eggs with sausage.

Have you enjoyed breakfast in Turkey? What was the best part? Leave a comment…

3 thoughts on “What’s for Turkish Breakfast?”