A long honored tradition in Spain, southern France, and Mexico bull-fighting is quite controversial for Americans. 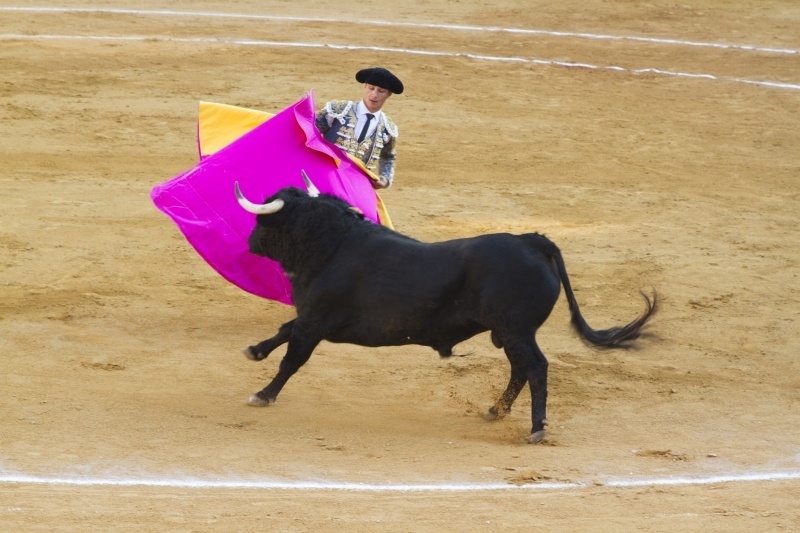 As the band perks up, the finely dressed matadores, picadores, horses, and helpers all parade around the bull ring. The anticipation is building as whispered discussions about the rules of this fight, who is the best matador, and what do you want to drink add to the excitement.  Finally, there he is – the matador.  And there he is- the bull.  They stand, looking at each other, sizing each other up, and then the dance begins… 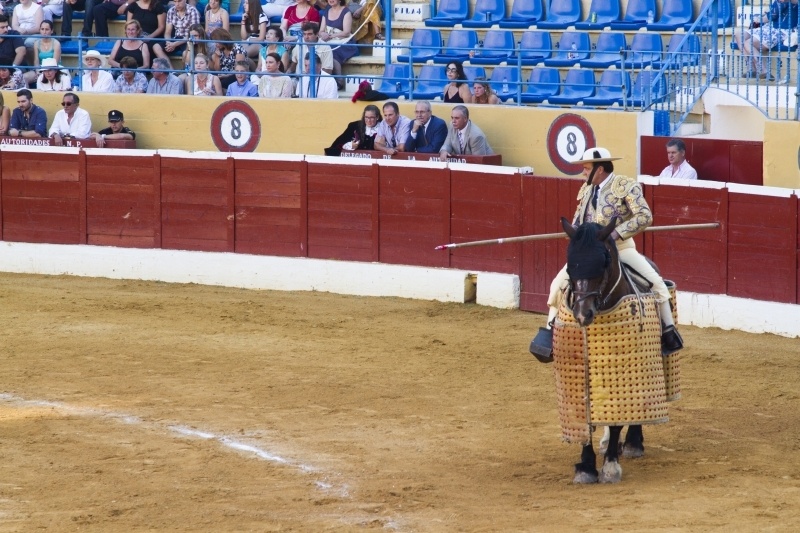 The first time I went to a bullfight, I was a young 20-something. I was, as most young people are, very idealistic and empathetic. I was torn whether or not to even attend the bullfight, let alone enjoy it. I felt like I was a traitor to the animal if I went. After all, the bull was being tortured by the picador. I had a difficult time watching the bullfight, and left enraged at the treatment of the bull. Some thirty years later, I still feel that the bull is at a disadvantage. It is harried, stabbed, all things I detest in the treatment of animals. I went back to the bullfight trying to understand the allure, the culture behind it.  As I entered the bullring, I noticed that it was nowhere near as full as I remembered from that time long ago. Then the stands were bursting at the seams, and people were more animated. This time, not only was the crowd smaller, but they seemed much more subdued, maybe even reverent. Yes, reverent. I think that is the main difference in the dance between cruelty and culture.  As an American, I wanted to root for the underdog, the bull. I didn’t see him as an animal bred for his stature, his temperament, a being that would stand and fight to the death, never giving up, defying the matador and the others that tormented him. I didn’t see the valor in the matador as he danced with death at every turn. Where before I saw arrogance and taunting, now I saw calculated moves and an innate understanding of the mind of the animal he faced. I saw the grace and the sure-footedness of experience and training, of a lifetime of study.  I paid attention to the audience and their murmurs, how they worried when the matador looked like he was in trouble, or when they Oléd when he brushed the back of the bull showing the proximity of the two fighters. I began to understand how some Spaniards, as other countries around the world, have held on so tightly to such a controversial tradition.  In Portugal, it has been outlawed to kill the bull at a bullfight.  But, is this more humane?  He still had to endure some taunting, and even torture.  And what happens to the bull after the match?  I’m not sure just not killing the bull is the answer.  I’m certainly not sure that having bullfights is the answer.  It’s still a hard question for me, although I have to say, I lean toward all people holding on to their traditions. In today’s world of technology, where a person can be friends and have constant contact with people who live in other countries, other cultures, I think there is a real sense that the world is becoming more and more homogenized.  I don’t think this is good.  I travel to learn about others and their traditions. …on that humid summer evening.  The outcome may have been preordained, but the moves, the steps, the dance changes.  The matador marches around the ring, one hand on his chest.  He throws his hat into the stands as the audience showers him with flowers.  He is not only triumphant, but he has danced as the others before him, for centuries, to carry on this tradition that many hold so dearly in their hearts. What do you think?  Please leave a comment about your feelings.  I think this is a hard one!

9 thoughts on “The Dance of the Bullfight”