Are you heading to Spain and want to get to the most important sites? The Alhambra in Granada one of those places. The palaces evoke a sense of mystery and magic. You won’t want to miss it!

From its modest beginnings as a simple Roman fort to its fantastically ornate Moorish palaces in the days of its prime, the Alhambra has been intriguing visitors for more than a thousand years. As one of Spain’s most beautiful cities, it has served as a military defense, regional capital, lavishly appointed palace, and now a world heritage site.

You can easily spend a day here exploring the ruins, climbing towers, photographing flowers, sitting by a gently bubbling fountain, and marveling at the artistic craftsmanship of the Nasrid palaces.

The Alhambra of our Memories

In 1985 we went on what turned out to be the first of many epic European road trips. We were young and broke and didn’t really know any better, so we loaded our tiny two door VW Polo with some clothes, blankets, camping gear and our five month old daughter. Most people thought we were crazy to go off on a three week driving trip with an infant but she traveled like a champ and was the star of the show almost everywhere we went.

I think she must have been taken on more chef tours of French, Italian, and Spanish restaurant kitchens than Gordon Ramsey in all his seasons of Kitchen Nightmares put together. That summer we drove south out of Germany through Switzerland, along the French Riviera and down the Spanish Mediterranean coast all the way down to Granada.

We camped in our tiny tent, had coffee and baguettes for breakfast, ate the freshest food from tiny village markets, steamed lobster on our Coleman stove, and introduced many skeptical European campers to the wonderful taste of s’mores. Of all the museums, archaeological sites, and tourist attractions one of the most memorable and beautiful sites we visited on that trip was the Alhambra Palaces of Granada.

Visit to the Nasrid Palaces

Flash forward some thirty years and we found ourselves planning yet another road trip, this time with good friends living in southern Spain. Of course, we’d been to the world heritage site of the Alhambra before, but they hadn’t and we had no objection to revisiting now after all of these years. On our first visit we were able to prop our tiny baby up in one of the ornately plastered wall niches for a classic photograph.

At that time none of the walls were blocked off and you could walk up and touch anything (if you wanted) but of course you weren’t supposed to. We knew there had been years and years of painstaking restoration and recovery work done on the site, how would it compare today with our visit in the dark ages of the 1980s?

In my memory the Nasrid palaces had ornately carved walls, windows, doorways, and ceilings; every room trying to outdo the last in it’s sheer magnificence. But overall the rooms were dark and prone to bits of crumbling plaster falling off and being brushed into a corner. Now most of that has been fixed and the more ornately decorated sections are roped off.

Everything is clean and bright and incredibly beautiful but you can’t get much closer than one or two meters so taking that iconic shot of a baby in a window is out of the question. In the areas where we could get closer and get some good photos we found it difficult to work around the crowds.

Visits to the Nasrid Palaces are controlled so you must queue up and enter at your designated time. I had just got in the long line about 15 minutes before the time on our tickets, and sure enough by the time we got to the front of the line it was our turn. At first we were discouraged by the timed system, there were at least 50 other people entering the palaces with us and it was extremely crowded.

No one seemed worried about how long we were in the palaces so we just waited out the group that we entered with and had most of the rooms almost to ourselves before the next group came along. In fact, we discovered that one of the benefits of having timed entries is that there is an ebb and flow to the crowds.

We were just as enamored this time as we were those 30 years ago and first explore the palace of the Moors.

So what’s the best way to see the Alhambra? Buy your tickets ahead of time or take a tour. Here is a link to buy your tickets and skip the line. And then there’s a number of tours that will take you around and show you the best stuff. I recommend the Alhambra tour, because then you can sort of set the pace you want and ask as many questions that you can think of.

It is also on the Granada card, so you might want to do all your sightseeing with it as well. When making your ticket selections choose the general admission and select your time for entering the Nasrid Palaces sometime in the early afternoon.

Pro Tip: Plan on arriving early, at least three hours before your timed entry to the Nasrid Palaces and spend the morning (the coolest part of the day) exploring the stunning gardens and palace of the General Life areas and then head into the Alcazaba and climb around and through the towers and walls of the military fortress.
*You should end up at the Palace of Charles I and very near the entrance line for the Nasrid palaces just in time to queue for your timed entry. This section of the Alhambra has a snack bar, café,  bathrooms, and lockers. Yes, lockers. You can’t bring anything bigger than a camera bag into the Nasrid areas so take the time before waiting in line and stow your backpacks, baby carriers, and what ever else in a locker. You don’t want to be that person who gets to the front of the line only to be told you can’t enter with your backpack.

You have three options–drive, walk, or ride the bus. You’re going to be doing a lot of walking just visiting the grounds, so unless walking is really your thing, don’t, or at least, take the bus up the hill to the entrance pavilion and then walk back down into town at the end of your visit.

Driving is easy, just follow the brown Alhambra signs and park in the spacious, shaded parking lot (GPS coordinates: 37.174175, -3.582505) at the entrance pavilion.

Taking the bus is also a great option, simply hop on a C3 or C4 bus from the city center at the Plaza Isabel La Catolica and ride it up the hill to the pavilion.

I love road tripping around Spain and it’s so close to Portugal as well. If you are looking to do a trip hitting both Spain and Portugal’s highlights check out this article.

When we were in Granada, we didn’t schedule enough time, and we didn’t get to the Torture Museum, which looks like a ton of fun. I guess I have to have a reason to come back, right?

What is your favorite thing to do in Granada? 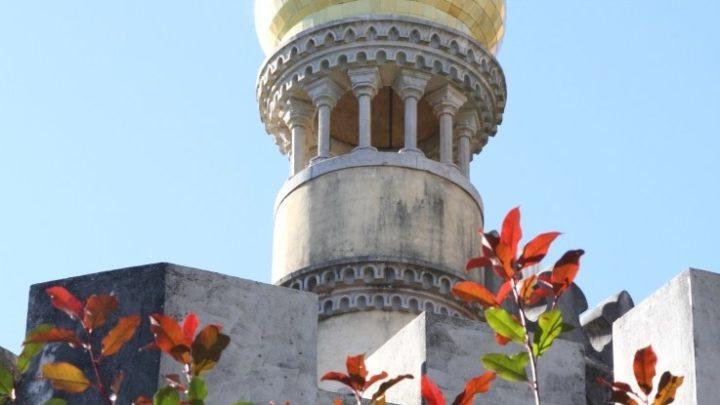 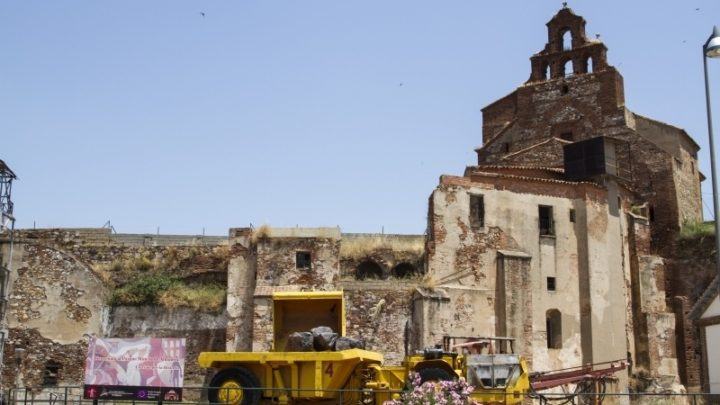 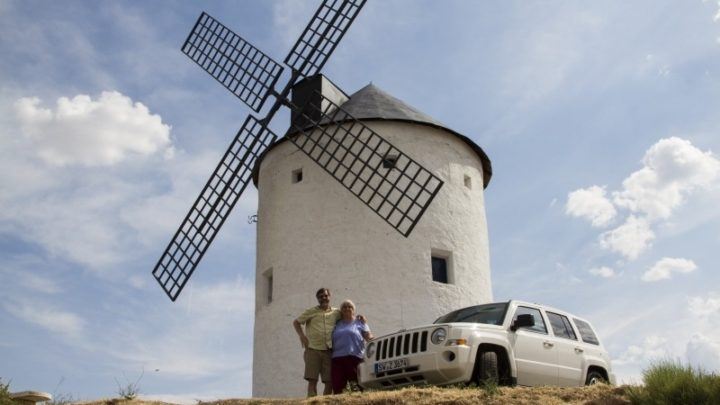 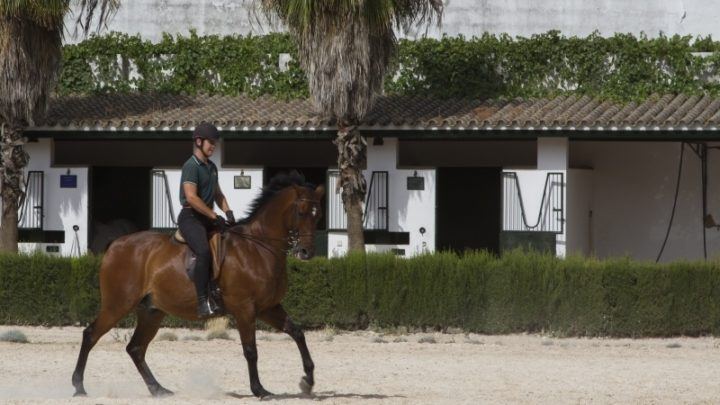 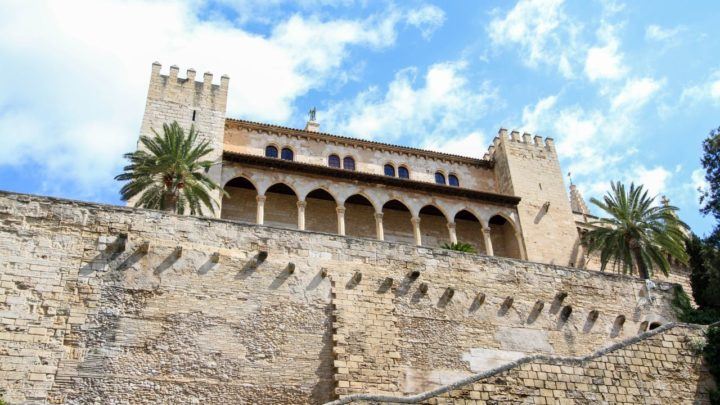 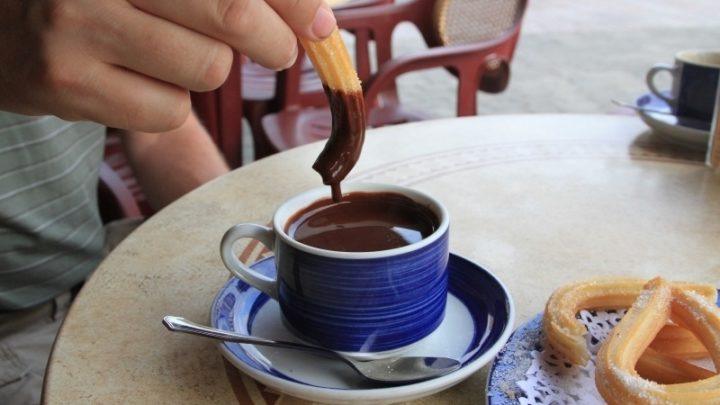 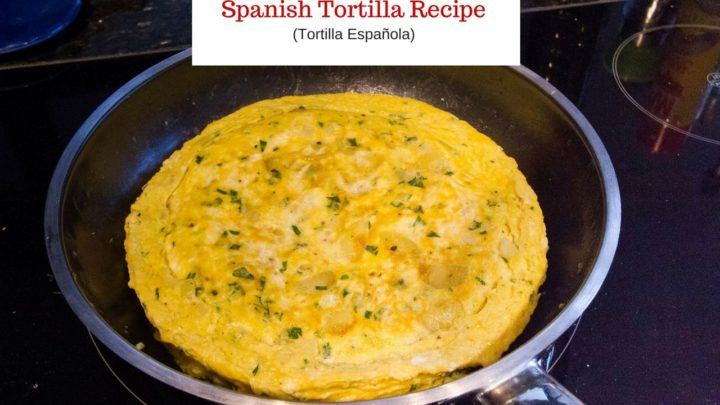 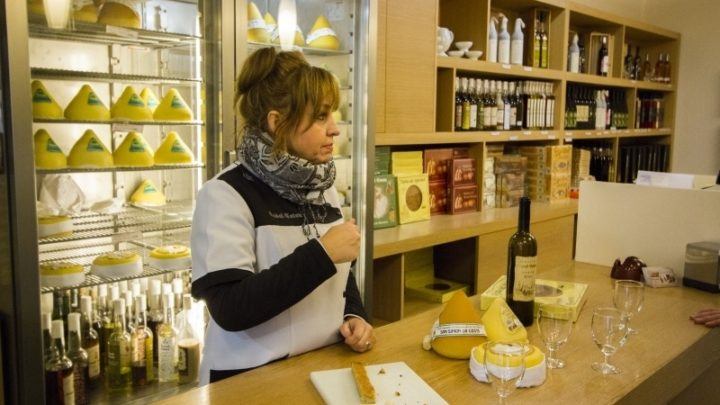 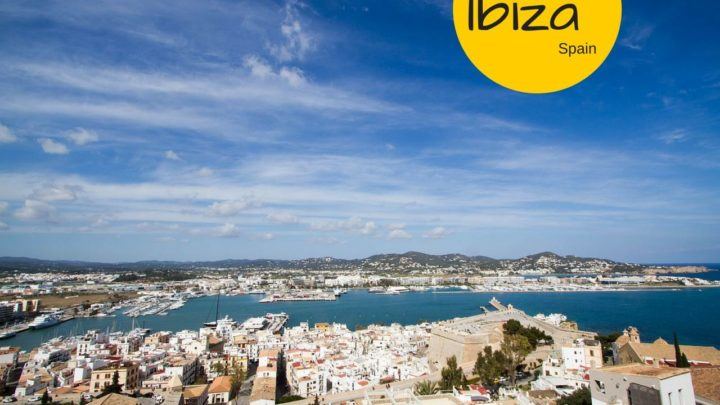 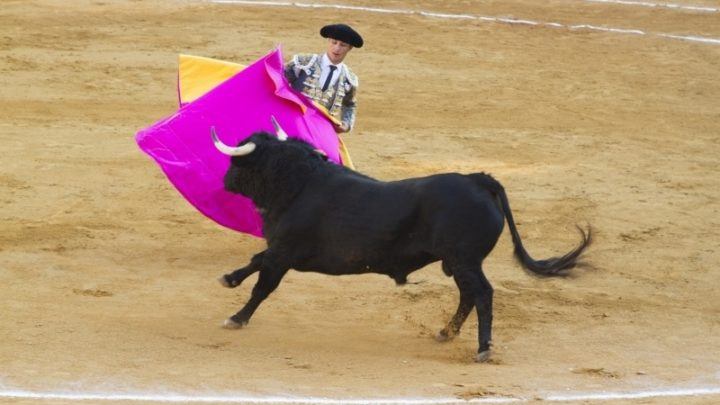 The Dance of the Bullfight

I live in Granada, Spain and visited the Alhambra in 1999. Since then the conversation of the monument (and knowledge) has improved, a downside for visitors as you can't access all rooms however fundamental to preserve this wonderful legacy left from Al Andalus

Molly, It is a shame that you can't visit every room, but honestly what they have open is enough for me anyway. I love the carvings and nooks!

I love Alhambra! The Moorish architecture is so fascinating. Your post brought back some old memories, Corinne. Thanks for sharing it.

Anda, I love the architecture as well. Thanks.

Oh Jim, I just love Moorish architecture and until I can get there and see in person this will have to suffice. I love the photo of you and Corinne looking through the arch and the photos of the fountains. I am so glad you got to relive the part of the trip from 30 years ago and were just as besotted.

Lyn, The Alhambra lures you back over and over again. I'm sure you'll make it there someday soon!

Eileen, Wouldn't our Spanish teachers be proud! You should go back; it still takes your breath away!

Adam, I don't know about brave, but road trips anywhere in Europe are amazing! I hope you and your sons make it there soon. Let me know if you have questions!