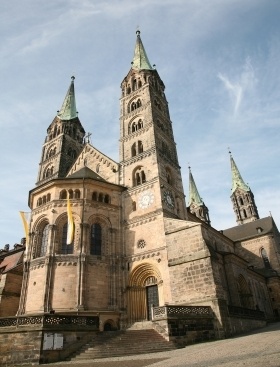 As you know, we love driving around a country.

I’m not sure it’s more economical than public transportation, but it certainly becomes more depending on the number of people you are traveling with, and on this stint, it was four of us.

We arrived in Germany and proceeded to the rental car desk, where we were in for a shocker.  Yes, we can have our credit card be the overriding insurance carrier on the car, except that since we were not from the European Union, we were going to have to produce written authorization from the credit card company to do so.

What?!  We have never, ever had to do this before in any country.  But, the lady was adamant and suggested we call our company and have them fax it, sometimes that works.  Well, two hours later another lady told us it rarely works, and we’re burning beer, um, tour time.  We paid the insurance.  Unfortunately it did not start our Germany portion of the trip out very positively.
Thankfully, it quickly got better, though, as we drove through relatively mild, fast, and mostly courteous traffic to the quaint city of Bamberg.  I had never been here before, but the city center is a World Unesco Heritage Site, so we figured it was a great place to head.  We were not dissappointed.  After finding our apartment, we sped downtown to find dinner and our first draft beer of the entire holiday.
The city is divided into two parts by a river.  It was full of half-timbered houses painted in brown, white, and even yellow or blue.  The town hall, which straddles the river,  was richly covered with frescoes.  Kayakers were making there way along the river with larger vessels, and the sun was setting to bring out those golden glows of the late afternoon.  Walking through the streets was almost magical at this hour.
After a full-blown Schwabian meal of pork, potatoes, gravy, and beer, we again walked around for a little while before heading to the Schenkerla, for a smoke  beer or “rauch bier,” a tradition that the tavern has been serving up  for about seven centuries.  The Schenkerla is very traditional with the beer being drawn from the wooden barrel.  They only served two kinds of beer, and I didn’t really care for either of them, but I have to say after a couple of them we weren’t worrying about that rental car insurance anymore!