For years I’ve been hearing whispers of this mysterious valley with holy monasteries clinging to the side of cliffs, unchanged for centuries.  Then a few years ago, we took a week and did some touring around this area of Greece.  We visited Delphi, another site clouded in superstition and mystery where oracles determined the fates of kings.  We didn’t make it as far as Meteora, though, and blamed it on time.  Time is the monster that steals so much from us.  Then it seemed like everyone I knew was going to Greece and heading up to see the ancient monasteries and the rock pinnacles.  Sunset photos dazzled me over all the social media channels.  It seemed like Meteora was teasing me, calling me.  So, when we decided to head east on our train trip, I just knew that this was my chance to photograph Meteora. 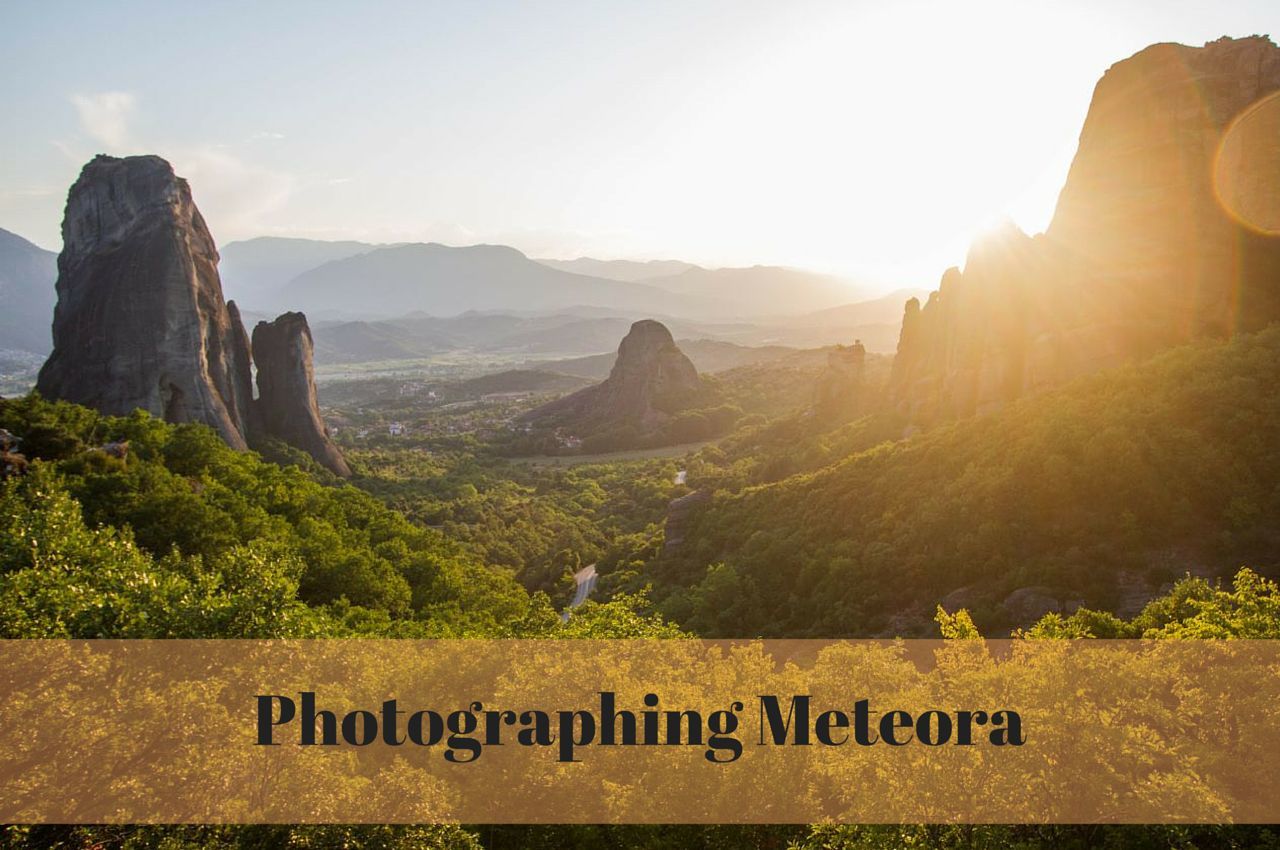 Catching the Light in Meteora 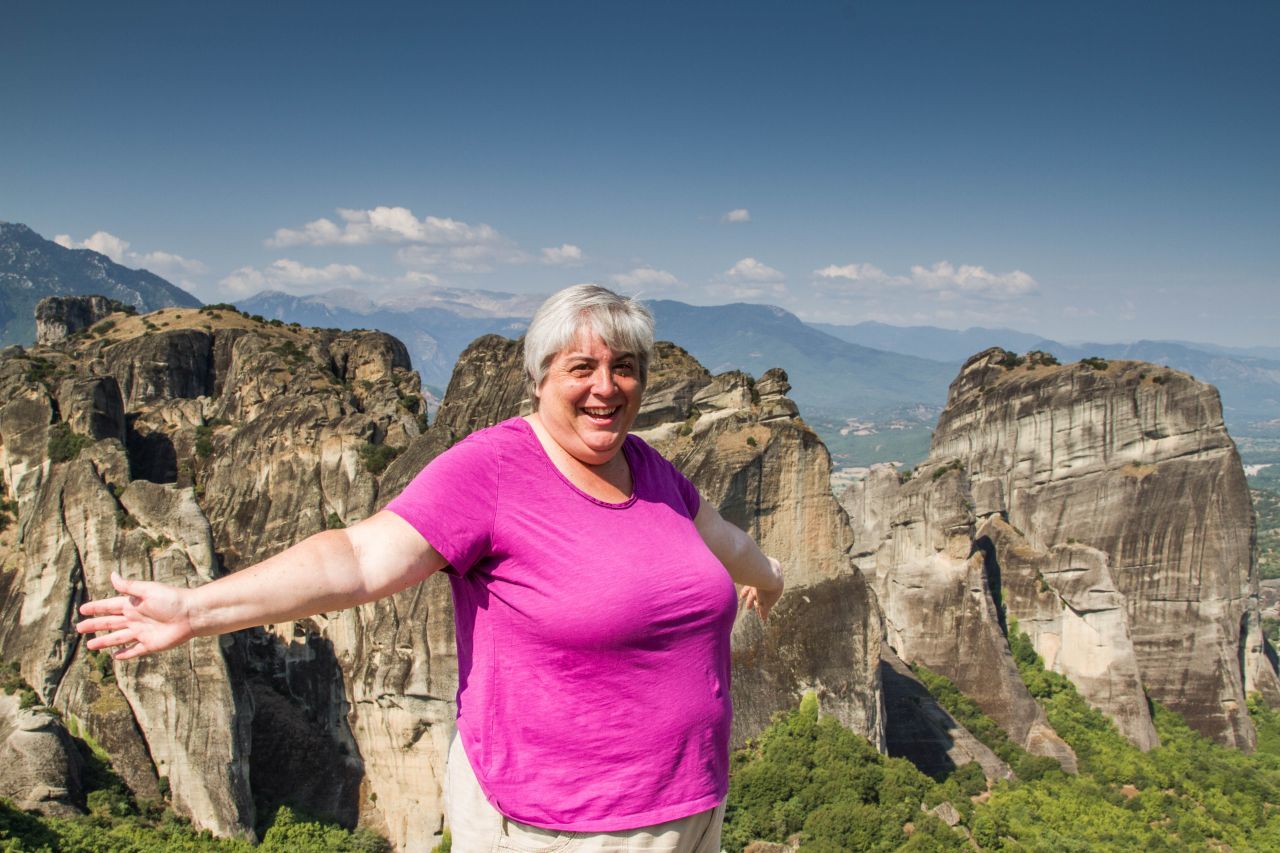 We couldn’t believe we were finally on our way to see Meteora, inscribed on the UNESCO World Heritage list in 1988, and a destination for hundreds of years for pilgrims and tourists alike. After disembarking in Thessalonika from our eventful leg from Sofia, we went straight to the rental car agency to pick up our car.  We only had a couple of days  – damn that ol’ Time Monster – and we were determined to make the best of it.  Our plan was to photograph the valley at all times of the day from different angles.  We had a lot to do, so we needed to get going.  We could easily have taken the train all the way to Kalambaka, found transporation to Kastraki, but we’re not the types to go straight form point A to point B.  We like to take detours, which we did, visiting Vergina along the way. 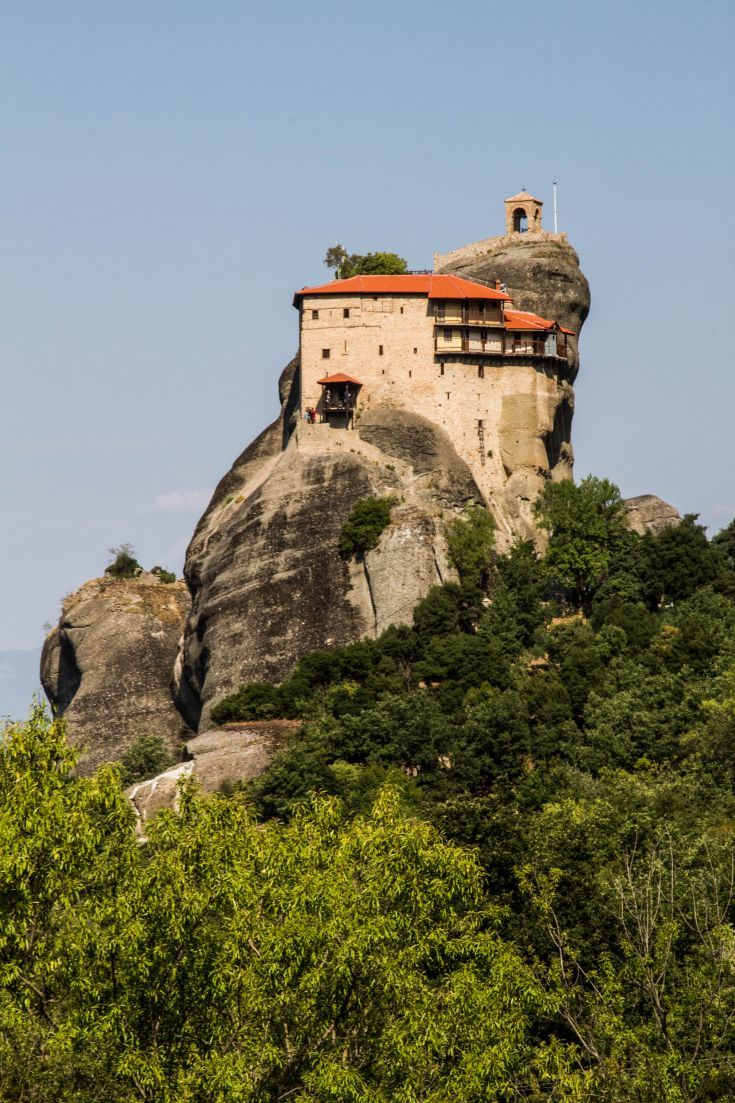 Kastraki is the absolute best place to stay to enjoy everything that Meteora has to offer.  The town is nestled in the valley, with the pinnacles towering over it, and there are plenty of guesthouses that boast a view.  It’s pretty hard not to have one, really.  Arriving in the afternoon, we were anxious to start up into the mountains and find some great places to shoot from.  The road is steep and winds around with plenty of places to pull over.  We took our time, evaluating the scenes, where we thought the sun would set, and making a plan.  We couldn’t wait for that sun to set. 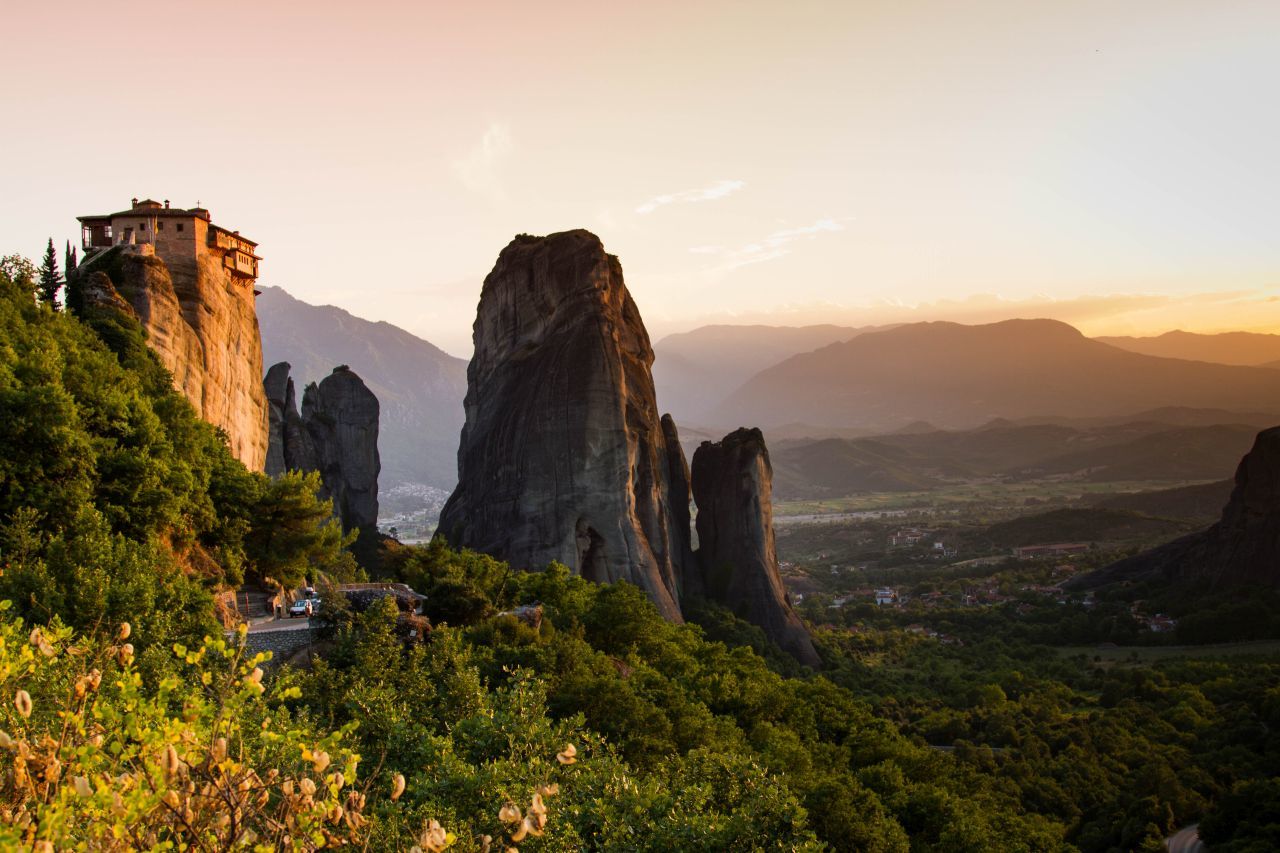 By the time the sky started changing colors, we had our tripod set up and we were ready.  We took a variety of shots, somewhat folded the gear, and headed a little further up the mountain where we took another series of shots.  We repeated this process about four times.  Four different places to catch the light on the rocks, on the monasteries; it was magical.  We couldn’t get enough of it. 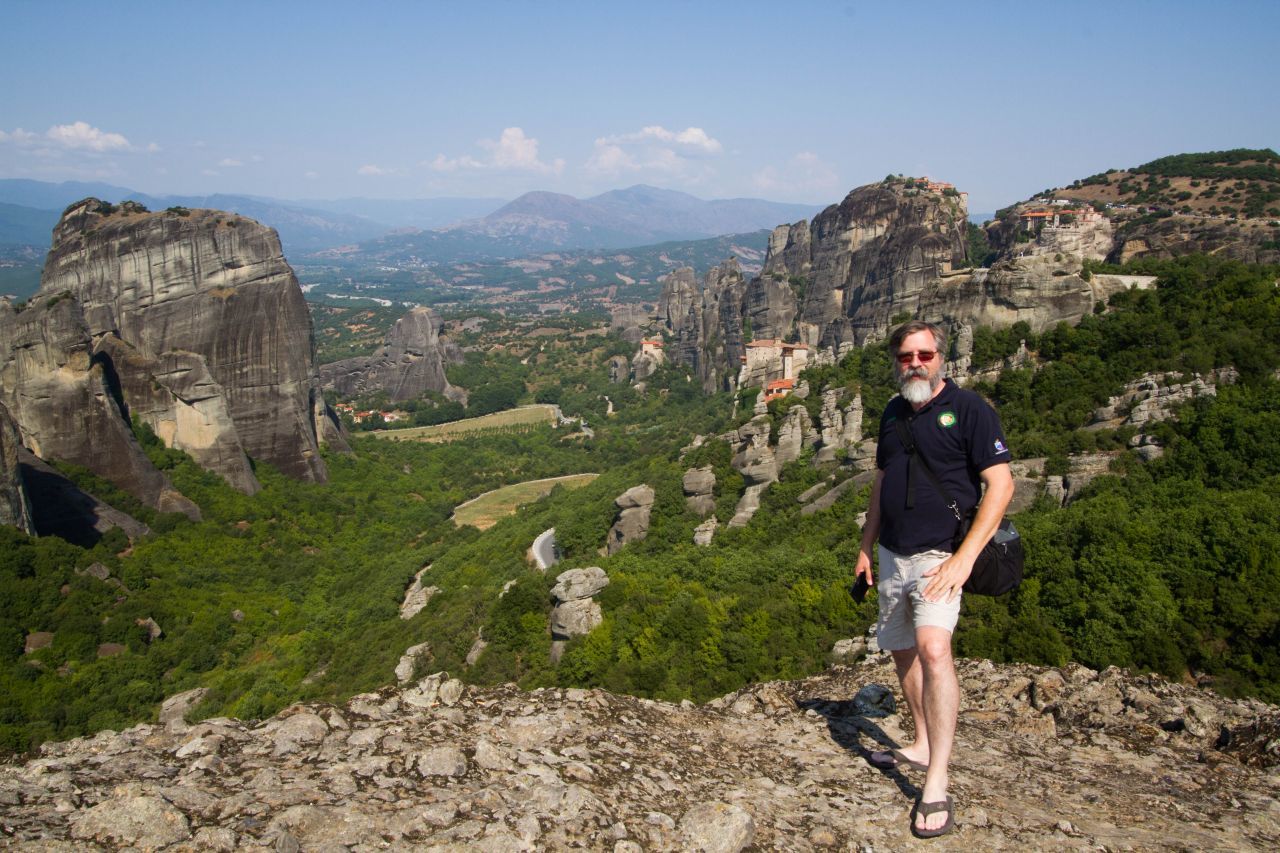 We finally headed down when the last glimmers of light were dimming.  We knew which restaurant we wanted to go to, confirmed our choice with the guesthouse manager, and were extremely downtrodden when we saw it was waiting room only.  The Taverna Gardenia was no secret!  Thankfully, the waiters were determined to feed as many people as they could and they finagled us a table. We settled in, downed a delicious dinner of stuffed grapeleaves, tzatiki, and beans and some great wine.  What a day! 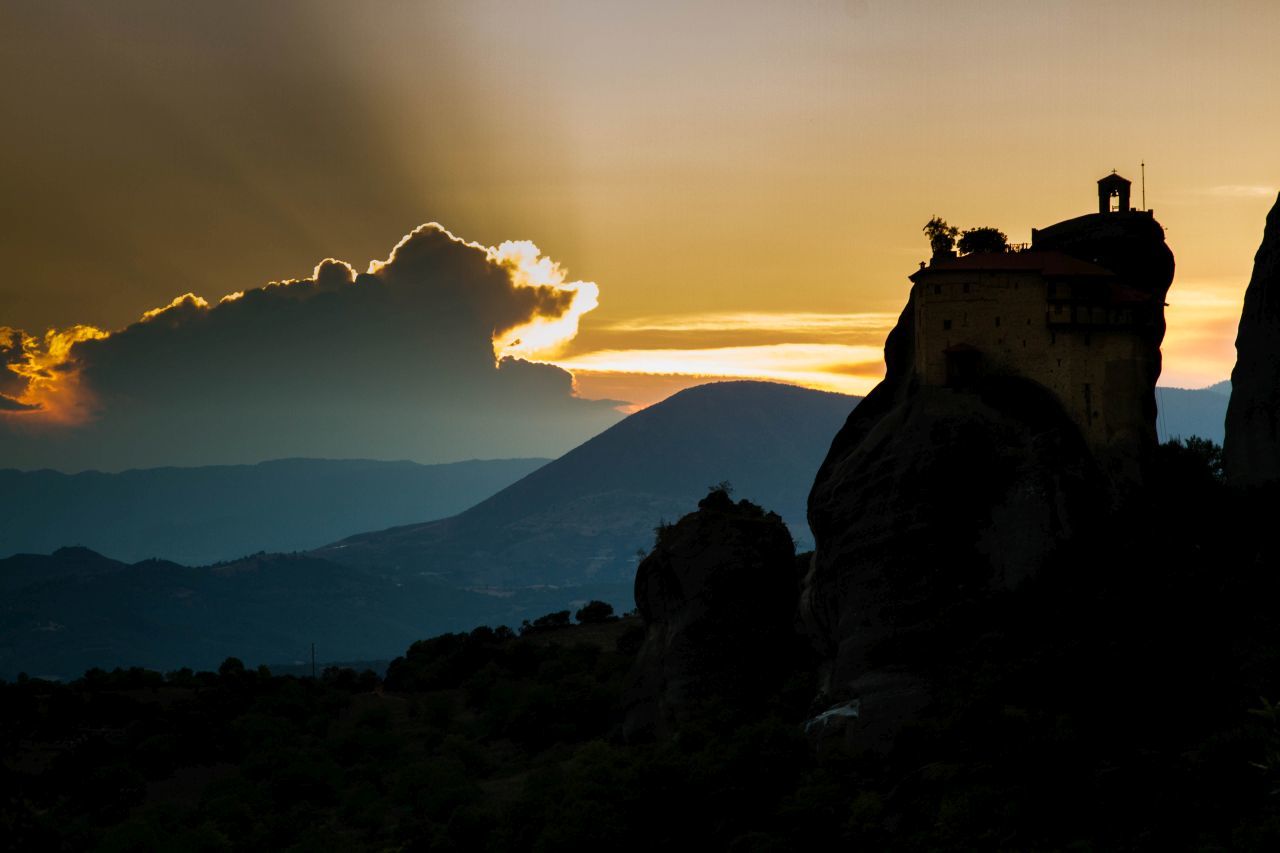 Meteora is a stunning location and the sunsets are amazing!  Trying more than one spot really makes a difference, so you want some mobility. Industrious tour companies do offer both photography tours and sunset tours, but with the cost of them you can rent a car, or for less a scooter, and do it yourself.  The road winds and each curve gives you a different angle to shoot from.  You could also catch a ride to the top and walk down, but once that sun starts dropping it moves faster than you think.

Have you been to Meteora?  Do you have any tips to add? 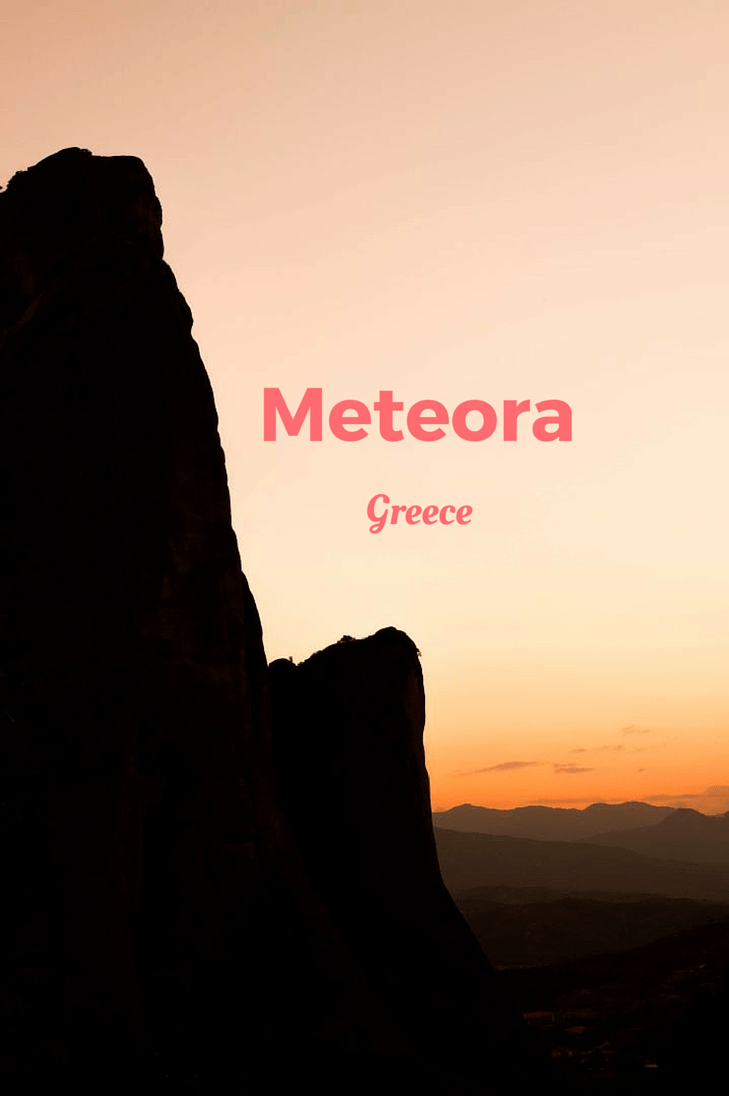 If you missed any of the posts we’ve written about our Riding the Rails of Eastern Europe trip, check out these:

Riding the Rails of Eastern Europe