Ljubljana: The Next Great Thing on the Tourist Trail? 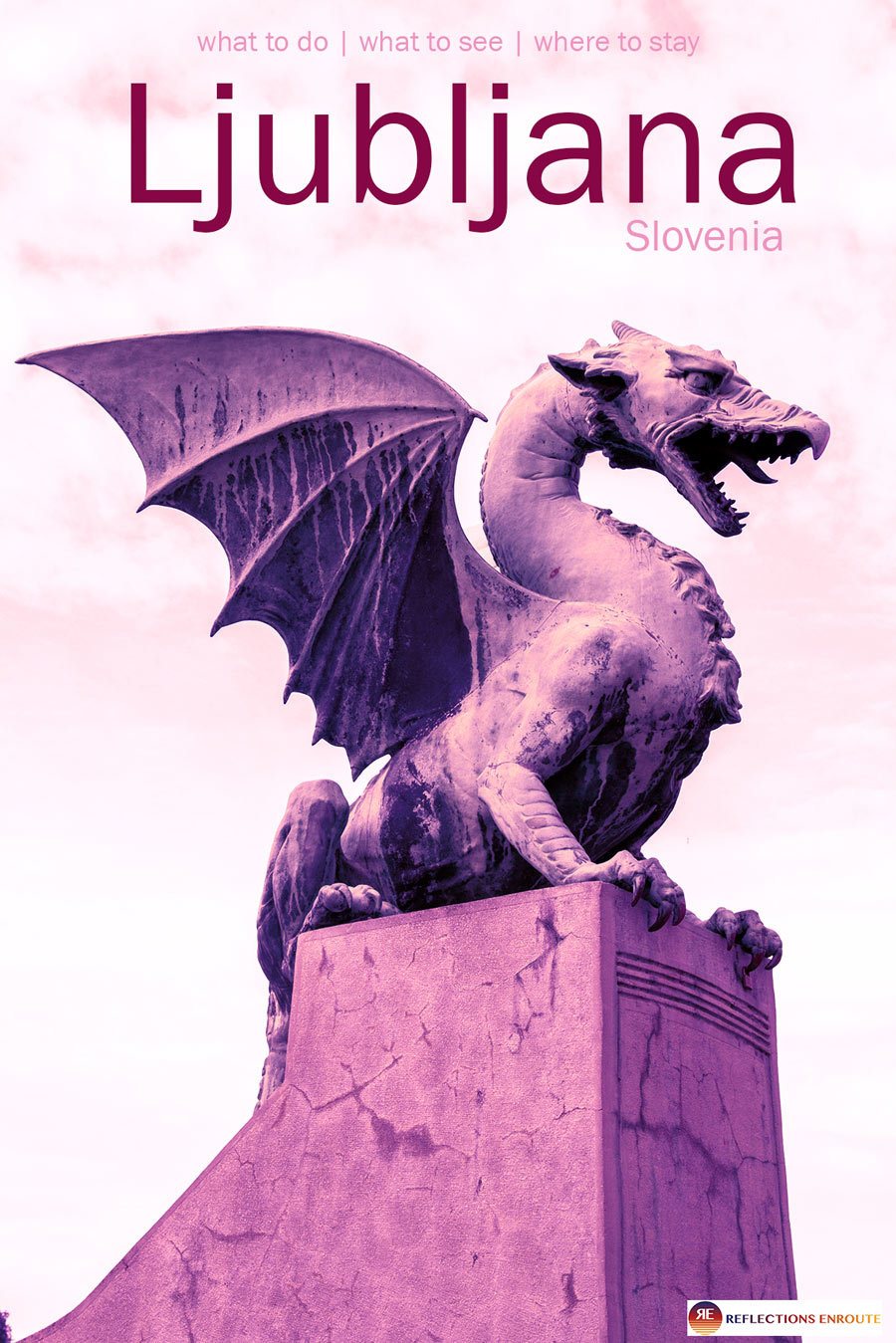 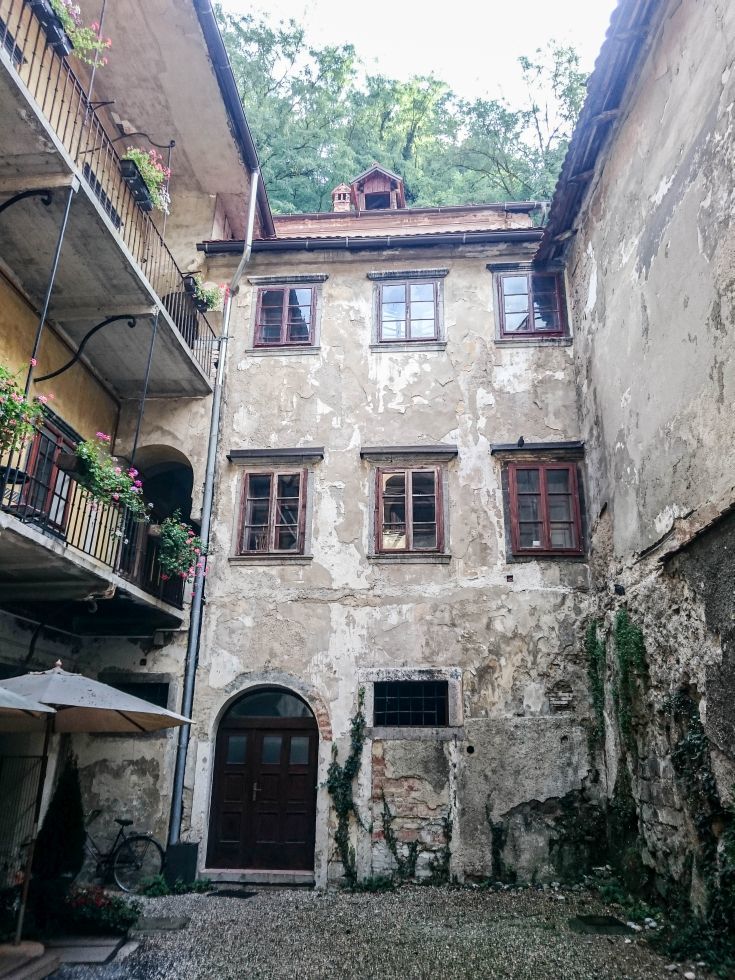 We dutifully disembarked our train, and found our way to our hotel. We had just booked it the night before as was common on the trip, and we were gobsmacked at the price. It was one of the most expensive nights of the trip, and there just didn’t seem to be any choice. Even in that hotel, we’d picked one of the cheapest rooms. After all we were trying to be the ideal budget travelers. The first thing we noticed was that it was really a budget traveler’s place, and even though it was clean and sleek, it had an air of hostel about it. However, we were eternally grateful for the air conditioning and the shower. We’d come from Belgrade and we were a little dusty, to say the least.

After a good night’s sleep in the cool air, we were ready to explore the city of Ljubljana . We’ve been enjoying Slovenia little by little the last couple of years,  and one of the most memorable trips was a short jaunt in to visit the Skocjan Caves which are a UNESCO world heritage site not far from the border of Italy, and since we’d stopped so many places on our trip we really hadn’t researched much about the city at all. We were just going to see how it went.

We also love eating and what we’ve had has been delicious. If you are interested in reading more here is a good article about Slovenian food and a cooking lesson.

Ljubljana is the capital of Slovenia, and the very first thing we noticed as he headed into the center of town was how beautiful it is. We idled down to the first square we came to, which just happened to be where we would be taking the elevator up to the castle. We went to buy tickets and hopefully avoid the crowds, but the office didn’t open for two more hours at 10:00 AM, so we just kept walking and the city opened up to us. 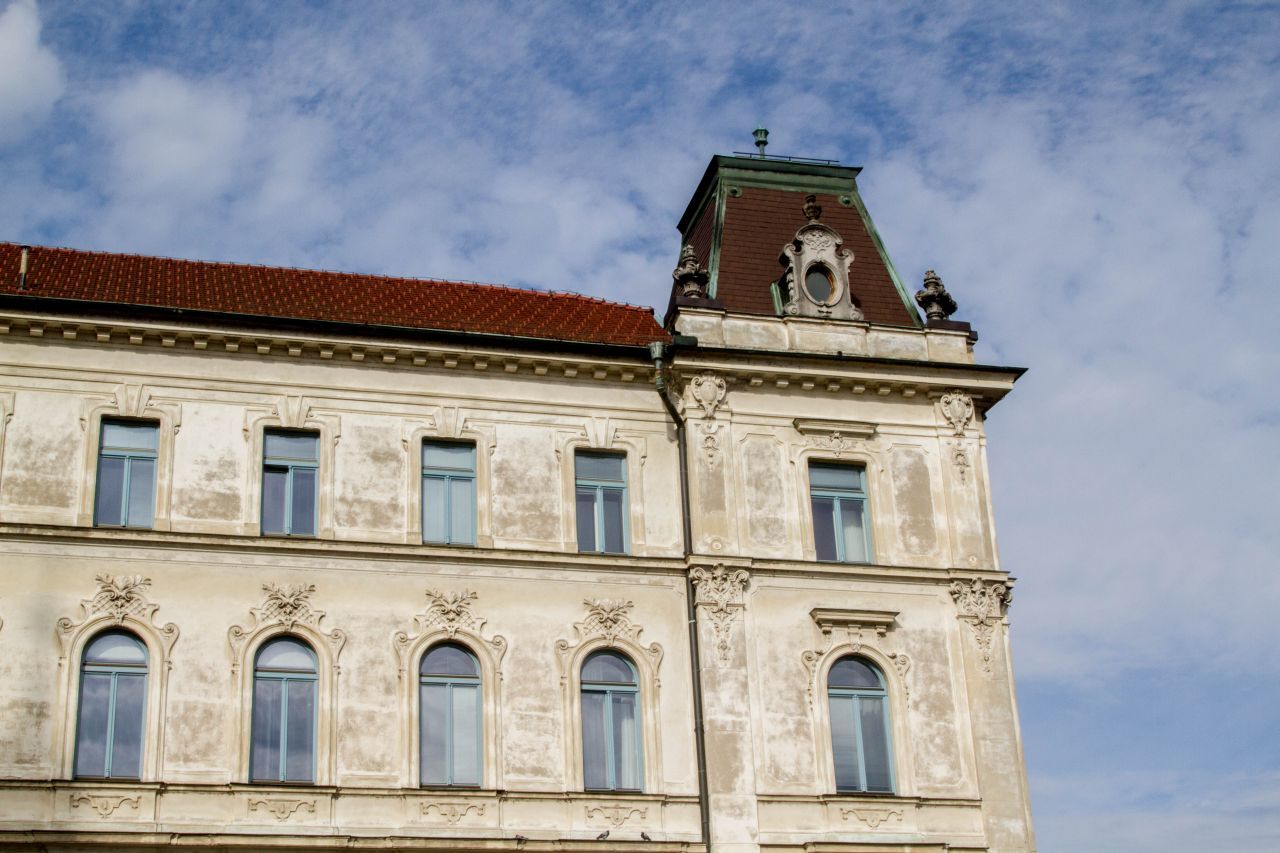 As we walked by beautiful art deco and baroque buildings all painted in bright colors and patterns, we gawked at the quaint little shops and the many amazing eateries, the pristine cathedrals, and the many statues that adorn the downtown area. We enjoyed the river walk, the colonnade with its many vendors, and stopped to have a great coffee sitting outside with the other tourists as well as many locals.  e were there on a Sunday, and there was a small second-hand market along the river where we enjoyed a great little breeze. 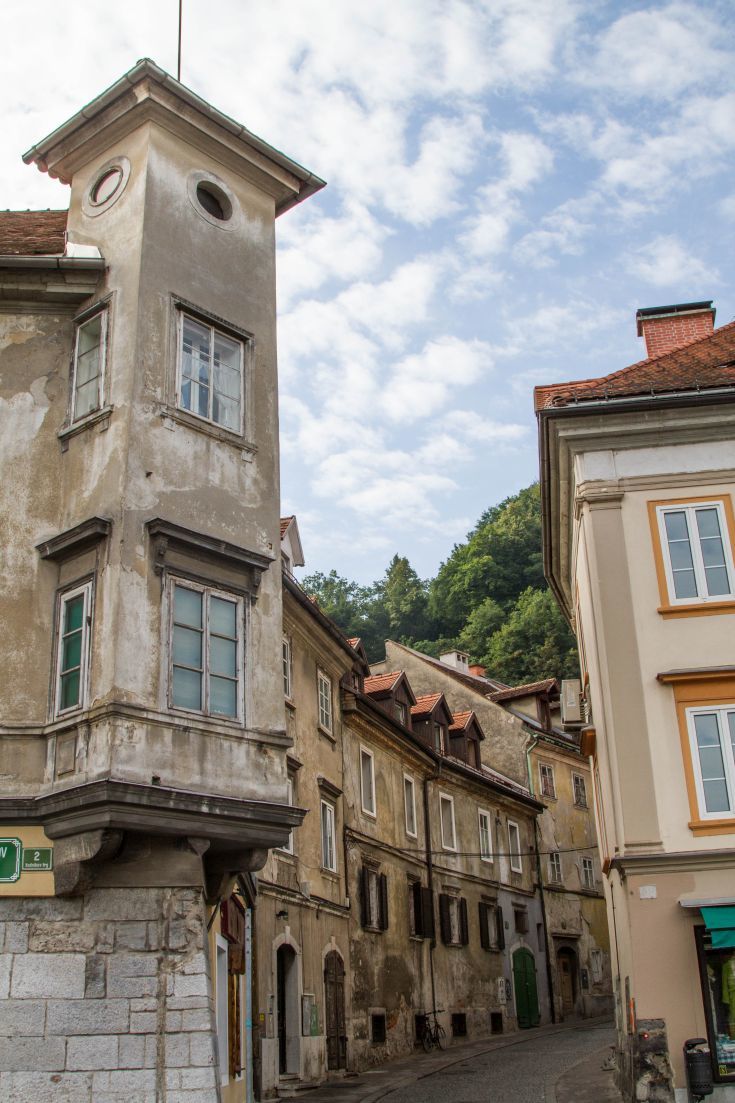 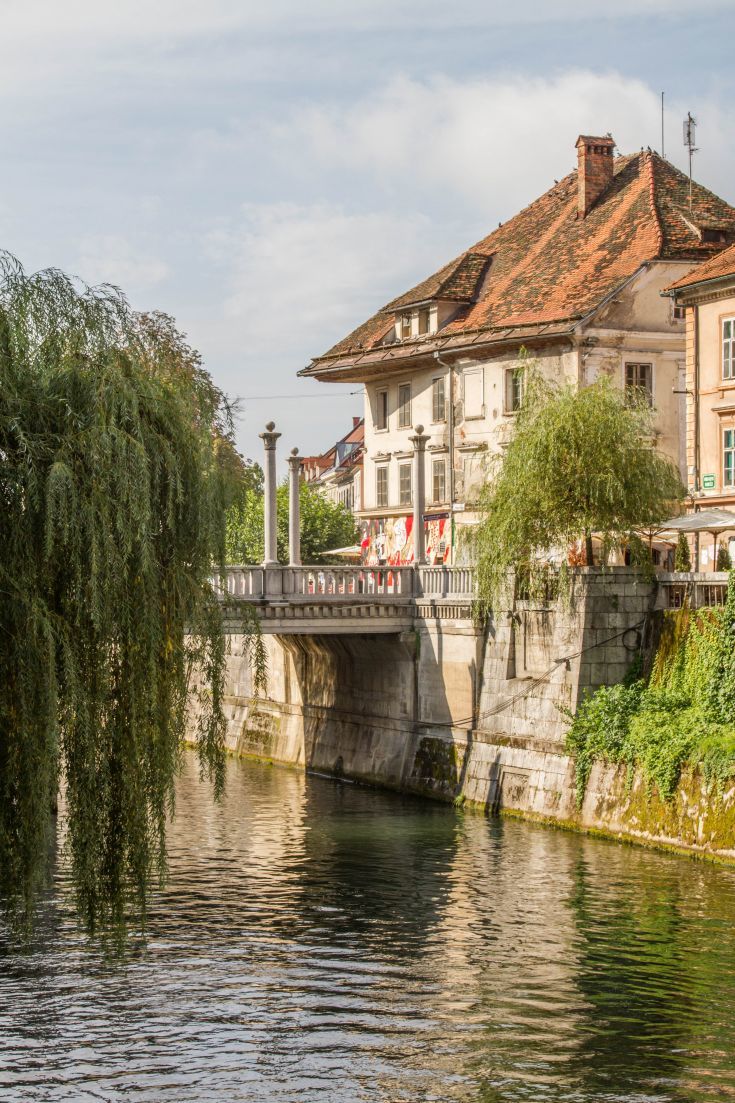 We noticed again how much more expensive everything was in comparison to the other cities we had recently visited. Even Budapest was a cheaper option. However, it was also obvious that the Slovenians are putting all that extra money into infrastructure. We watched the garbage men collecting the separated trash and their trucks were state-of-the-art.  The roads are clean and smooth. Well done, Slovenia, well done. 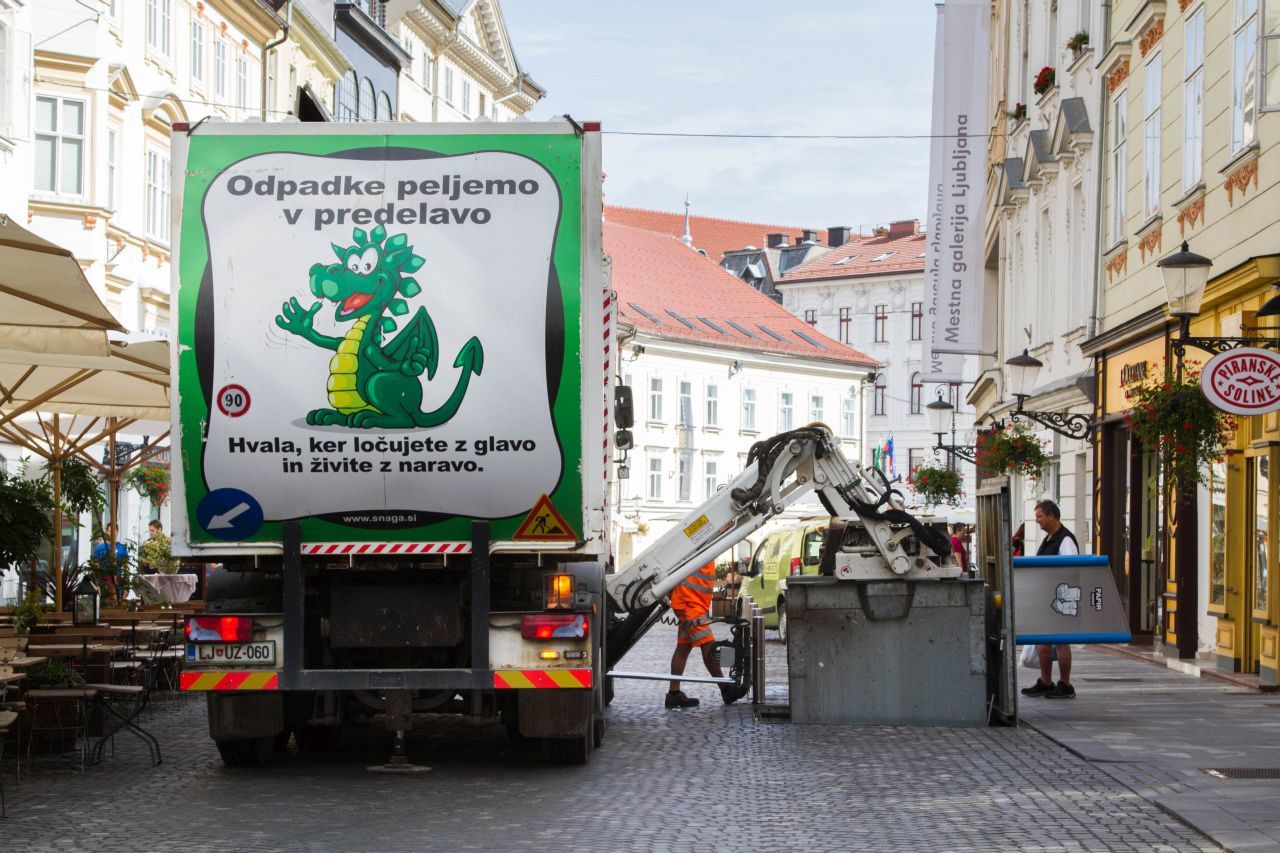 After wandering the downtown area, we ambled into the the old Town Hall where the free walking tour was just about to take place. We passed on it, but overheard a few words and the guide was speaking great English. Inside was some artwork. From there we made our way back to the fortress which had a long line, so we decided to hop the tourist train to the top for 4 Euros. We were glad we did, because we not only enjoyed the breeze, but it was a pretty ride to the top looking at the trees and gardens. Once at the top we found the view of the city was wonderful, but unfortunately the castle itself is all rebuilt and is one big tourist trap with souvenir stands and pricey restaurants. There was a “library in the castle” event where the local library brought a bunch of books and people of all ages were lounging around reading, but overall I found the castle a bit disappointing.

We really enjoyed our day in the Ljubljana, and we think it’s a great place to spend the day while you are exploring some of the natural sights in the area, like Lake Bled and the various cave systems. Even though Ljuljana is one of the post Soviet bloc countries, it’s obvious that it is soon to become one of the most popular places in all of Europe. With its location so perfectly sandwiched between Italy, Austria, and Croatia and its amazing natural beauty and adventure tourism, I predict that before long Ljubljana will be on everyone’s tongue as a go to place. 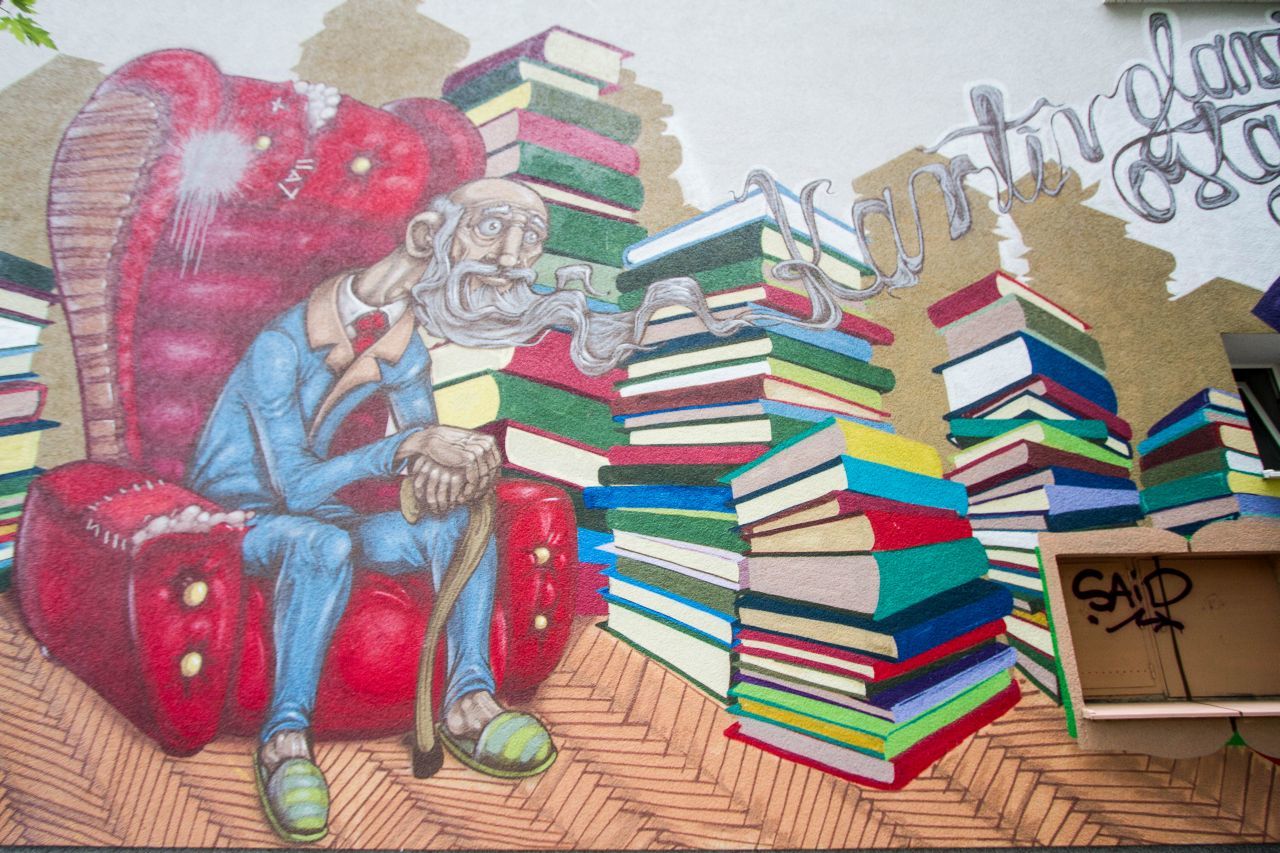 We stayed at the Hotel Park, which was the cheapest option for one night (and last minute) that we could find.  It was still pricey and quite nice, though.

Have you been to Ljubljana? What was your favorite sight? Any tips?

Pin it for later! 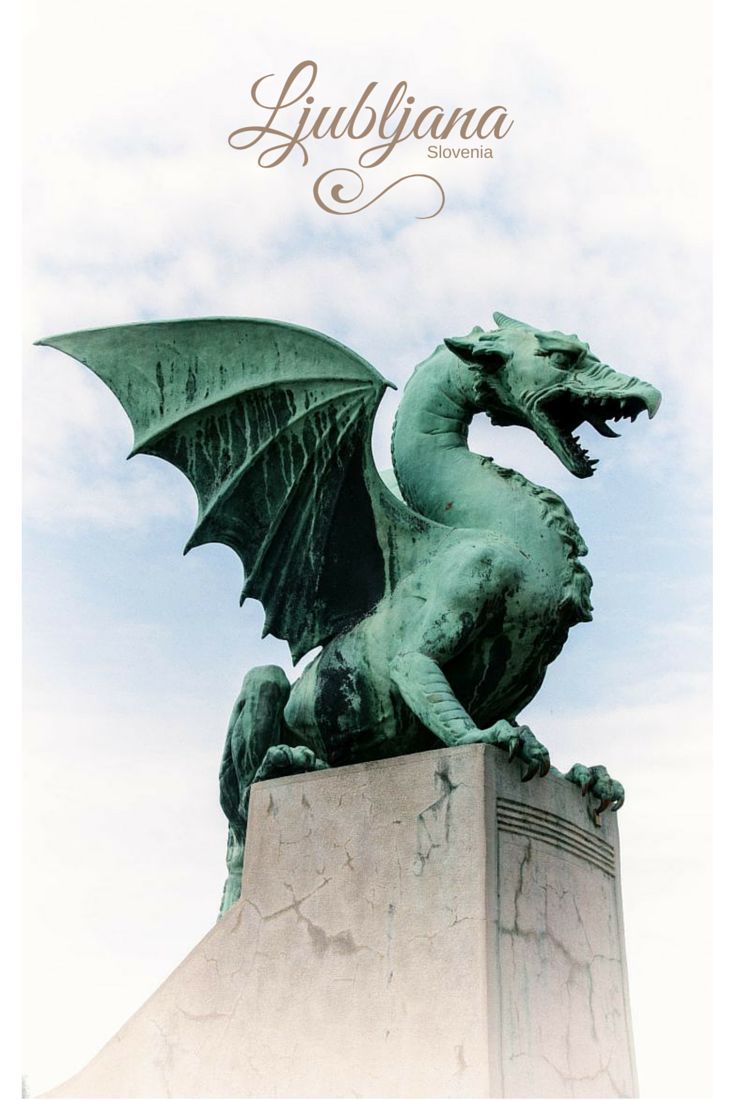 37 thoughts on “Ljubljana, The Prettiest City in Europe”