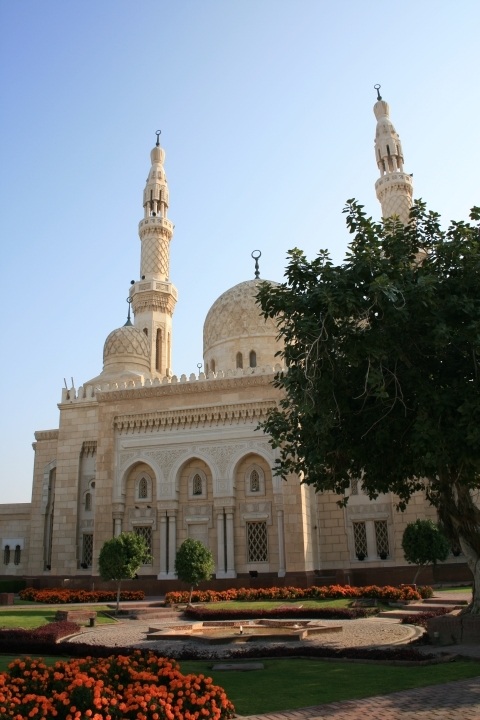 One of the largest and well-known mosques in the United Arab Republics, the Jumeirah Mosque has been doing its part to educate non-Muslims on their religion and culture.

Six days a week, the mosque offers a free tour to anyone who wished to go, see the mosque, and learn more about Islam. It’s free, and if you do not have the right attire, it will be provided for you. The attendants took great care in not only donning a scarf on you, but doing it so it looks quite chic!

Our entire family took the tour, and even though I have visited many mosques and lived in Muslim countries, I learned a lot and the rest of the family did as well. It was one of the highlights on our visit to the UAE.

Since this first experience, I’ve heard of other mosques doing the same thing and as a teacher, I applaud any chance to learn about another’s culture.

I certainly would highly recommend anyone who has a stopover or time in Dubai to stop by and take this free tour.

Have you been to the UAE?  Have you visited a mosque?  Tell us about your experience in the comment section.