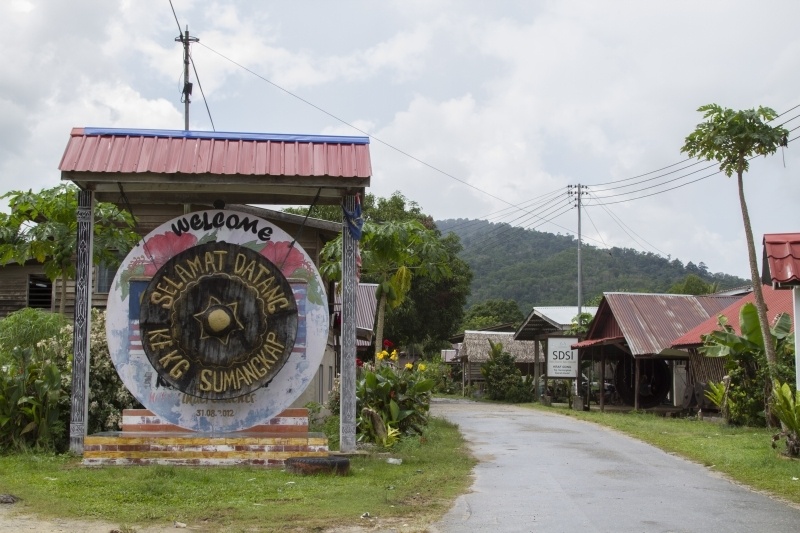 Towards the end of our Borneo trip after gawking at proboscis monkeys and orangutans, we were back in the capital city of Kota Kinabalu with some time to spare.  We decided to drive up the peninsula to the famous handicraft villages that followed the “One Village, One Product” guidelines developed in 2003. The main premise of this is to increase revenues in rural areas and, for at least a couple of places, it seems to be working. There were two villages we wanted to visit in particular, the gong village and the bee hive village. 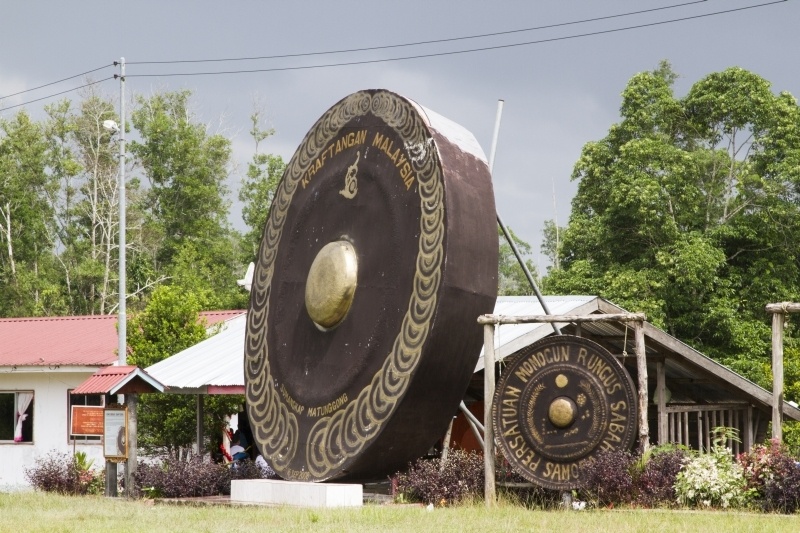 We gassed up before we left so that there wouldn’t be a repeat of our harrowing experience on the way to Sandakan after leaving Mt. Kinabalu.   About two hours up the road where thankfully we didn’t see any palm oil plantations, we turned off onto a narrow road that surprisingly was paved. We came to the town and on the right side of the road stood a small booth to collect the fee. Ingeniously the townspeople collect 5 RM per person to visit their village. You are welcome to wander around, take photos, and talk to the residents as they go about their daily lives. Throughout my travels, I’ve come across a few villages like this and I think it’s a pretty good practice. As a tourist, it lets you do what you came to do and the villagers get something out of it, too, without demanding money each time you take photo. 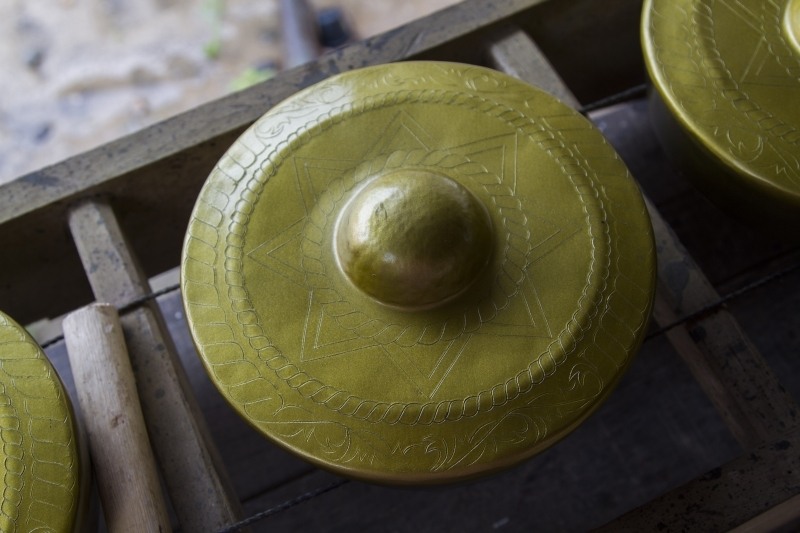 The gong village is called Kampung Sumangkap. We parked our car, paid our fee, and walked in to the tiny neighborhood. Malaysians use the gongs on many occasions–for example, after we saw the Rafflesia we banged a gong. The villagers were making gongs of all sizes, but they all looked extremely similar, a round shape with various rings, culminating in a point. On both sides of the road were small stilted houses with covered workshops next door. On the shelves were gongs in all states of preparation, and finished gongs hung from the walls ready to be sold. We were there on a Sunday so most people were not in their workshops. We had a pleasant time wandering around; admiring the gong makers’ handiwork, but it was a bit disappointing not seeing any work going on. 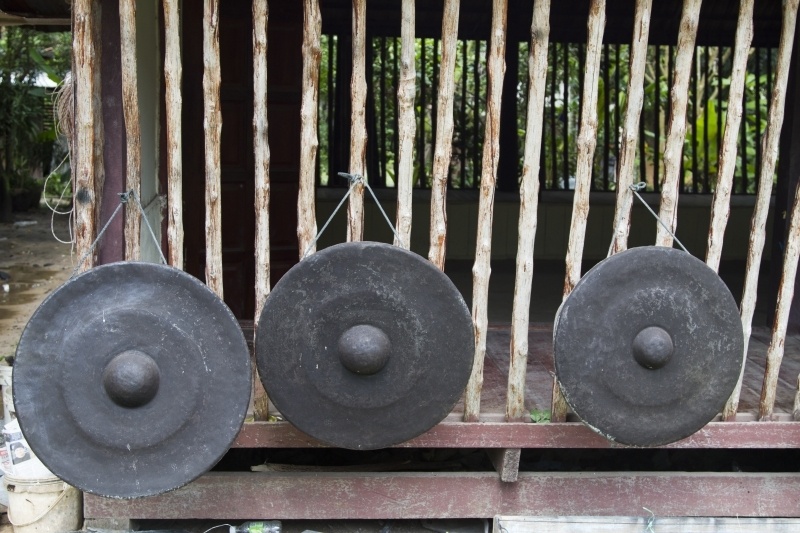 Kampung Gombizau , the honey bee farm village is only a couple of kilometers up the road. We were ready to stop, register and pay our fee, but something else happened. Curiously, the lady asked us if we would like to see the bee hives. Well, yes, that’s why we came. There was a stand selling honey from the village and a few beaded trinkets, but really we were there to see the honey making process. 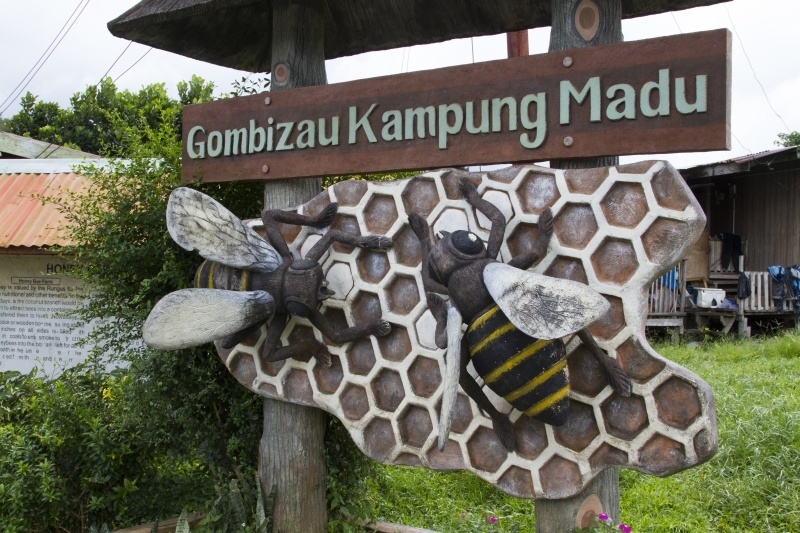 Our self-appointed “guide” proceeded to parade us through the village without saying one word. She stopped at the toilets and asked if we needed to use it, but then took us into a stand of trees with weather-battered wooden beehives among them. As it turned out, she didn’t really speak English and of course my Malay is non-existent, so we waited. Soon another woman came up and she was carrying a bee smoker. The first woman smoked the hive we were nearest to, and pulled out a bottom board with plenty of honey stuck to the screen, and plenty of bees accompanying it, to the outside. She then handed the board to me to hold and take a closer look. I took it, even though I had no protective clothing. She hadn’t had any, so I figured it would be okay. Then Jim held it, inspecting the bees and honey. Devon refused to take it, and guess who was the only one to be stung that day…ironic? Afterwards, we walked back through the village, bought some honey, and left. 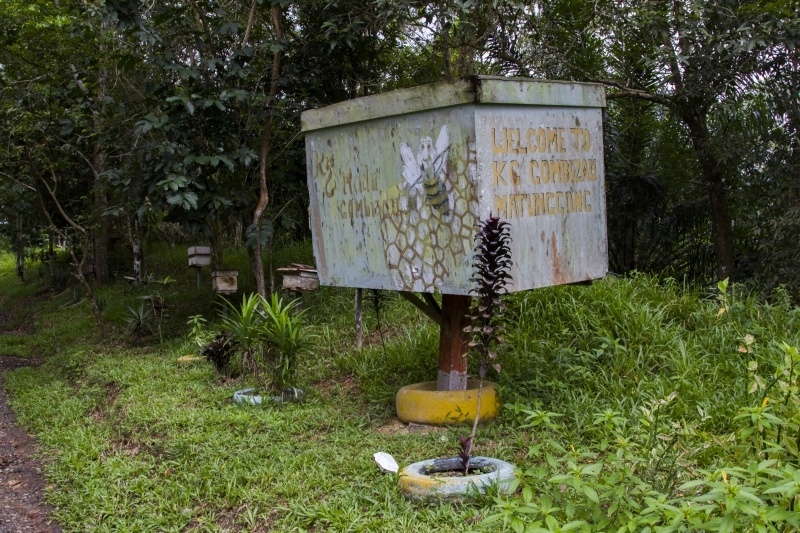 Honestly, the visit to these two villages was lackluster at best. I think the program, “One village, one product” is basically working, but only because the villages have become tourist spots. However, they are not doing much. In the gong village, they supposedly do performances for groups but we not only didn’t see any evidence of that, we only saw one person working on any gongs. I realize it was Sunday, and we were not on a tour, but neither village seemed set up for any real tourist interaction which I think would make it a much more desirable destination. I would not recommend going to either village on a tour or on your own. The experience was just so-so. I didn’t learn anything at either place and to me (maybe because I’m a teacher) that is the value in going to a place like this. 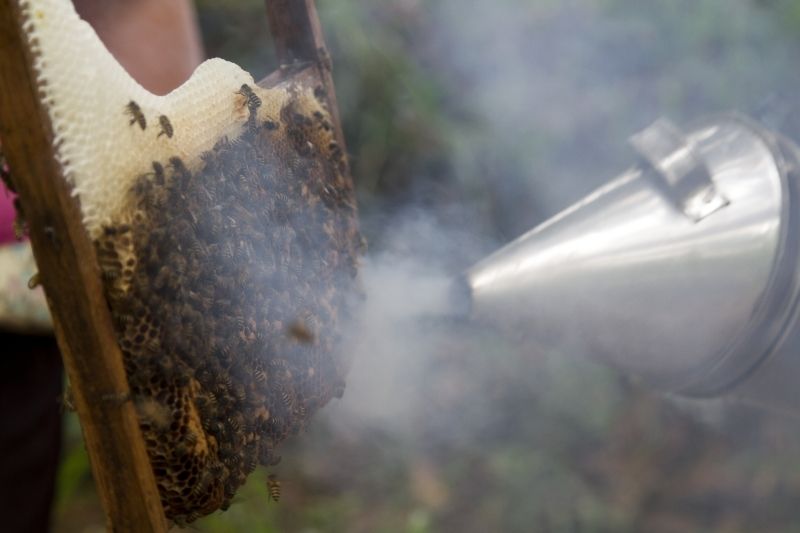 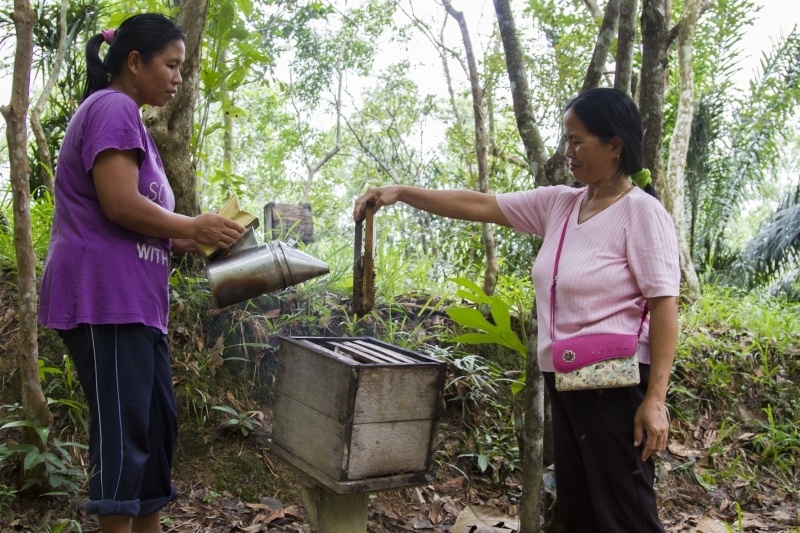 Have you ever been to one of these handicraft villages? Did you go on a tour or on your own? What was your experience, and would you recommend it to future travelers?