Traveling for food is such an important aspect for learning about a culture. Not only do we try to find the best local food to try, we look into the history, and we bring home a recipe or two.

Before we go, our research includes a list of not-to-miss foods.  Most websites and guide books will have information on a country’s national dishes.

If you look up Germany, you are going to find a nice list of sausages and maybe some sauerkraut to go along with them.  I am here to tell you there is so much more to German cuisine than sausages.  So much more!

Luckily, most places you go nowadays you can sign up for market and cooking tours.  This always is a great insight to that culture and the way the look at and prepare food. We love to go to the market, both the outdoor type and a supermarket.

It’s amazing what you can learn there, and even if you only buy a packet of cookies, you are trying something new. Looking for restaurants, Jim and I try to avoid the ones that market to tourists. Yes, they might have clean, crisp white linens on the table, but their food may or may not be a good example of what is the tastiest option.

We try to collect some key recipes of foods we’ve tried and loved.  I’m not that ambitious of a cook, and since I’m often traveling with limited kitchen facilities, I try to keep the recipes as simple as possible.

Of course, what really makes their food delicious is the local ingredients, and there are some things you just can’t buy, even in our global economy.

I always try to tweak a recipe to use items that are readily available to me in the U.S. or if possible anywhere in the world. 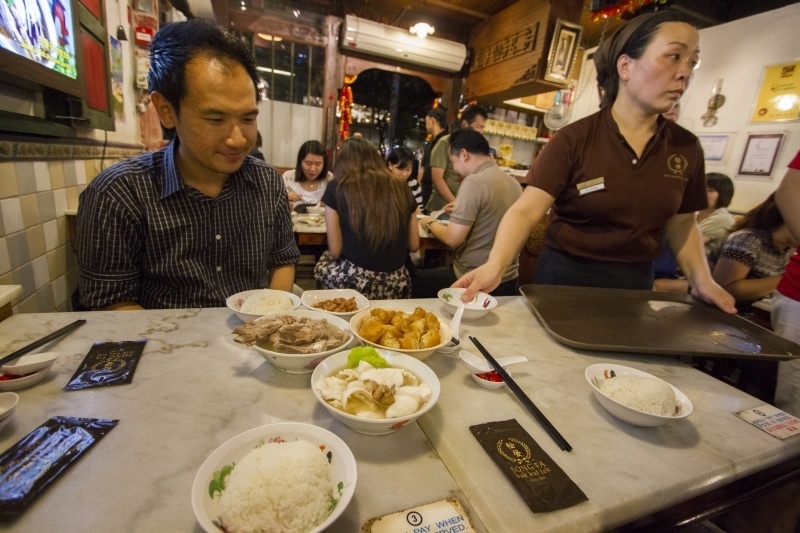 A night out with travel friends…does it get any better than this? Traveling brings people together, especially when it comes to food.  A few years ago, I was eating in my absolute number one favorite Turkish restaurant, Dibek in Cappadocia.  It’s a cozy place where customers take off their shoes and sit on the floor.  There are wooden banisters to separate the tables from each other, but the banisters do not hide the other customers or block their conversation so each time we’ve gone, we’ve struck up conversations with people from all over the world.  On this particular night we met three Singaporeans, Jaclyn, Chris, and Richard.  We talked and talked.  We talked about Singapore and how much it had …

Bak Kut Teh and Friends, What Could be Better? Read More » 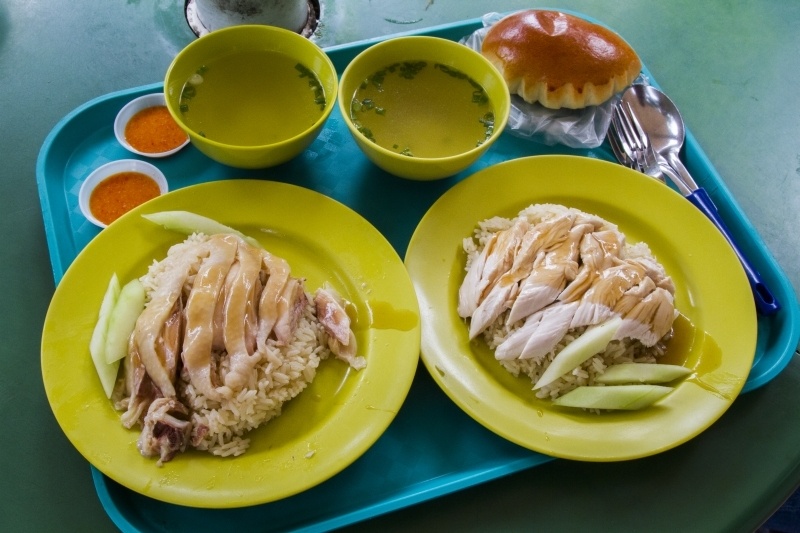 Arriving in Singapore, we all had food on our mind! We arrived at Singapore Airport late in the evening, and by the time we had met up with Devon and found our way into the city on the MRT, we were beyond hungry. We usually like to ask for food suggestions from the people we come in contact with so it was no surprise to hear Corinne start in on a conversation with the hostel clerk about hawker stalls. Out came the map and the other two workers on late night duty. Most of the discussion was between the three of them; what would still be open, what would be the best food for us, how long would it take … 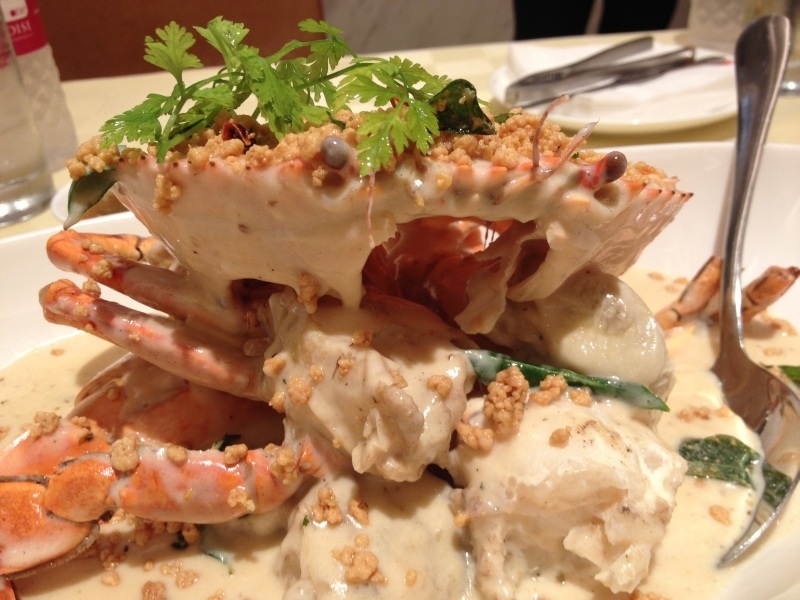 Maybe the only thing more Singaporean than chili crab is the Merlion himself! Singapore is all about the food.  We loved the Hawker Stalls, and we love the variety of restaurants and cafes that are abundant all over the city, but we still had the iconic chili crab to try.  Devon was leaving and we only had a few hours left, so it was time. On my first trip to the city, I had tried and loved the chili crab on a boat restaurant in Clark’s Quay, but this time we stopped at a restaurant in the airport called Seafood Paradise. When we got there we were handed a huge menu of pictures and quickly discovered  that not only could … 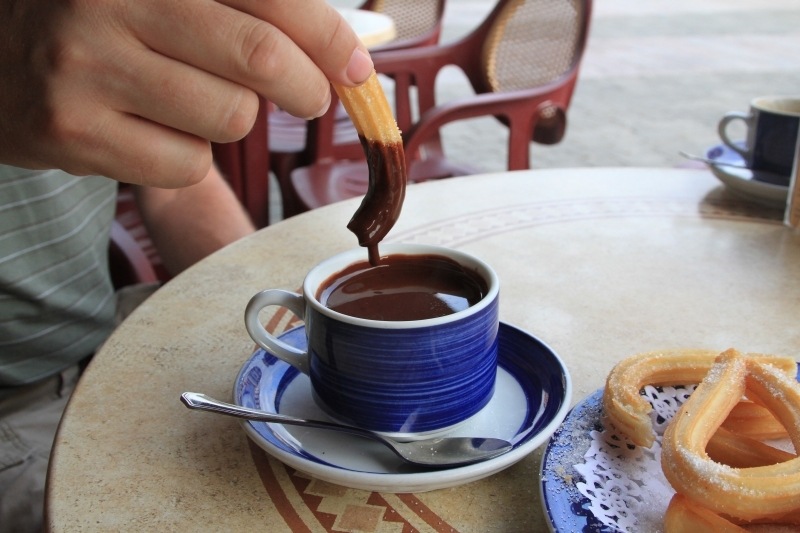 Fried and Sugared Dough Dipped in Chocolate?   Hell Yes! This time of year all around America towns hold their harvest festivals, and then the states each hold a fair.  American state fairs are a tradition that goes back to when our country was founded.  It is an opportunity to share your best produce (like gigantic Alaskan pumpkins) or Mama’s best cornbread and jalapeño jam recipe!   Nowadays this includes fair rides, all kinds of carnival games, and special fair foods!  One of those foods is fried dough, called many things like Elephant Ears, Fry Bread, Funnel cakes, Doughboys, Scones, and in the Southwest….Churros!  Delicious! 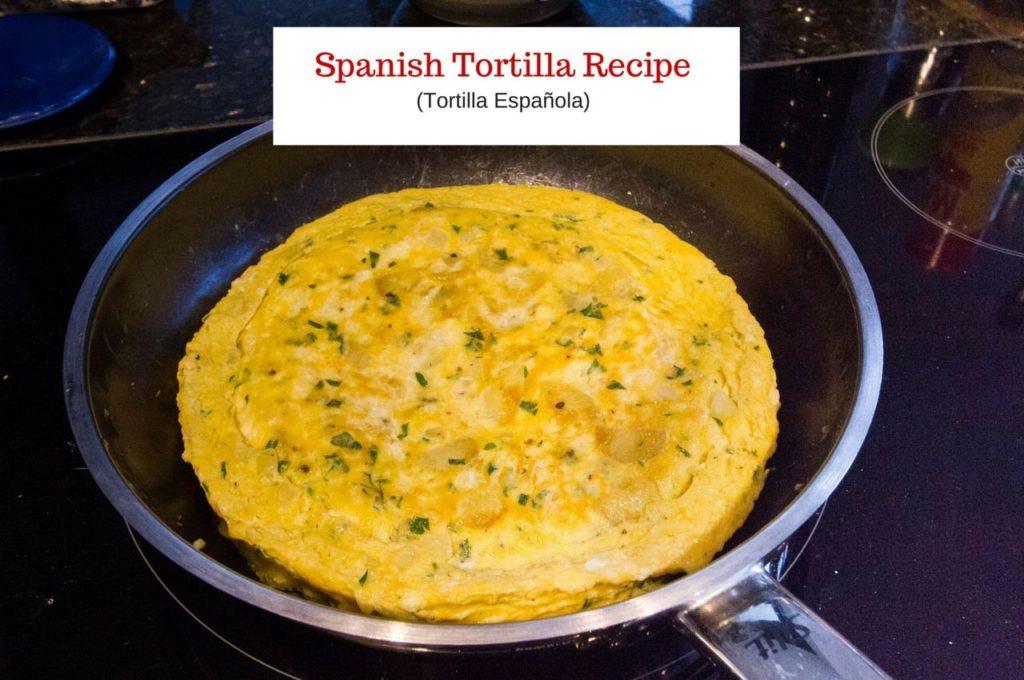 Traveling around Spain, I love to eat tapas and small dishes instead of a big meal, especially since it is so hot.  I love the culture of sitting and sipping a sangria or glass of red wine while sampling all kinds of foods in the evening and on into the night. One of my all-time favorites is a Spanish Tortilla or Tortilla Española, a thick potato-filled egg omelet that can be enjoyed anytime, morning, noon or night.  When we were traveling through Córdoba, we had to try it at Bar Santos next to the Mezquita.  Since it’s a small shop with only a few seats, most people get their tortilla to go, and that’s what we did.  We took our flimsy …

Anna greeted us at the door of the Chef Parade school where we were signed up to take our first Hungarian cooking lesson in Budapest. An inviting space, the school is split into two halves, one side kitchen and one side table. The table was strewn with cookbooks, so while we waited we perused all the fabulous recipes. Now, you know one of the dishes I wanted to learn how to make was dumplings. Luckily, the other dish was Chicken Paprikash, a Hungarian staple, and it was paired with dumplings so I thought I was covered.

Britain has a long history of pies, and I have a long history with Britain…and her pies, especially meat pies. I love them! I spent a few of my formative years in Ipswich, and I would love it when the family stopped off at the chippie. On every visit, I would get a steak and kidney pie, which is pretty unusual for a little girl, but that was my go-to choice. Maybe it was because I had no idea what a kidney was, and my younger self had no idea that I wasn’t supposed to like them. I remember the first time I ordered one with Jim, not even thinking about it and he just gave me this look like, “What …