Copenhagen is known as the city of hygge (pronounced hue-guh not hoo-gah), or in other words, chilling out.  It may not be the beach or a secluded cabin in the woods, but there’s something about this northern European city that is relaxing.

Maybe it’s being near the water; maybe it’s the “leave you alone” attitude of the Danes, but whatever it is, it’s an amazing feeling in a beautiful locale. We’ve written this helpful Copenhagen City Guide to help you plan your visit and find all the fun, unusual, and cool things to do in Copenhagen to make the most of your time in this beautiful Danish city.

Denmark is a great destination, and we’ve been a number of times. This last time we decided to take it easy and only visit a few places. We stopped in Odense where Hans Christian Andersen was born, took a look at the amazing jelling mounds, crossed the bridge over to Sweden to visit Malmo again and drove up to see the Ikea Museum in Amhult.

However, we also decided to spend a few days just in Copenhagen. Denmark’s capital is just so cool and fun with lots of things to do. Before heading home, we headed to Kronborg Castle for a little jaunt, an easy day trip from Copenhagen.

One of the best places to experience hygge, and join in if you want, is in Nyhavn.The colorful port, especially during the summer, is a great place to grab a drink and hang out as you watch the people float or walk by.

Nyhavn is also the place to start your explorations of Copenhagen with its cafes, boat tours, and a look at one of Hans Christian Anderson’s houses. Start here to see as much or as little as you want. It’s the place to get to know the locals and just have fun.

Best Things to See in Copenhagen by Boat

A canal boat ride is a must.  As you can see, it’s not an original idea. It’s pretty inexpensive and such a perfect way to get oriented to this port city. The typical narrated cruise lasts about one hour and you get to enjoy many of the best things to see in Copenhagen.

We passed the old Stock Exchange, the Opera House, the Amalienborg Palace, the Little Mermaid, and Holmen Naval base, to name just a few. The boat ride is relaxing, informative and well worth the 80DKK/40DKK adult/child fare. To be honest, I did it for the great photo ops and to feel that crisp, cool wind in my hair. Surprisingly, I loved it.

You can purchase tickets directly at the Grand Tour kiosk at the end of Nyhavn where you board the boats. If it is a dry day, avoid taking a tour on a covered boat as the overhead windows act like a magnifying glass and obstruct the views. Also, check the size of the line waiting for the boat. If there are already a large number of people waiting to board, consider taking the next tour. You want to be near the front of the line so you have a better chance at grabbing seats on the outside, on the boats edges.

The boat ride takes you through a number of canals with gorgeous bridges, spiraling church steeples, bars, and lots of other boats. I was surprised that you can go kayaking right down the center of the city as well.

One of the prettiest bridges is the Cirkelbroen, designed by artist Olafur Eliasson. It has five circles, with the middle one swinging when larger ships need to pass. At night it is lit up and is even more pleasing.

Scenes like this are one of the main reasons to see Copenhagen from the water.  Here we saw a small bar with great seating and a chance to enjoy the local culture.

The modern Opera House sits majestically in the Inner Harbor.  Inside there are 14 floors, five of which are underground.  In order to attend, you must arrive by boat until a bridge is completed.

Holmen, which used to hold the Royal Naval Base, is a picturesque part of the canal tour as well.

Papiroeen, or Paper Island, is where the Danes used to store paper but nowadays is used to house a huge food court and some art exhibits.  It’s a great place to grab one of Copenhagen’s famous open-faced sandwich, hang out for a few hours and get your hygge on.

Top Things to See in Copenhagen by Bike

Denmark is also known as a bicycle country. So, while you’re there, why not rent one for yourself and take your time seeing the city? We rented e-bikes (electric bikes) from CityBike so that we could pedal when we chose to and let the bikes do all of the hard work at other times.

Whether you love bikes or you just ride them occasionally, this is definitely the way to go in this city with fantastic bike lanes. Regardless of whether you provide all of the pedal power or let a battery help you along, the city is laid out well for cycling.

The built-in tablet on the handlebars has a GPS map to help you navigate around the city. With this handy device, we were able to search for restaurants, museums, castles, and even statues (like The Little Mermaid) and plan our route. Zipping around the city confidently with directions to the next destination really had us feeling like locals.

To get started, create an account online at Bycyklen. You can do this directly on the bike’s tablet, but it is easier to do this before hand on your own device. Choose the “pay as you go” plan and expect to pay about $4.50 per hour for each bike.

Park the bikes in one of the CityBike parking stands around the city to recharge the bike and stop the time counter on your account. Later, you can just grab any of the bikes and get on the road again.

While Copenhagen is a bike city, it can be difficult to do all of your getting around on a rental bike. Happily, the bus, tram, and metro service is affordable and easy to use. Visitors have a variety of choices when it comes to buying tickets for the public transit system. There are single ride tickets priced on number of zones, day passes, a City Pass, and, of course, the Copenhagen Card.

Your decision will be based upon how much you will be moving around the city, where you are staying, how many museums and attractions you plan on visiting, and your budget.

If you are staying in the city center and won’t be making more than three trips via public transportation, then stick with single tickets. Is your hotel still in the city but outside the very center? In this case you’ll be using public transit more often and should consider the City Pass. For about $11.00 you’ll have unlimited travel within the majority of the city including to and from the airport. Purchase transport tickets online at visitcopenhagen’s website.

Must See Sights in Copenhagen

Hans Christian Anderson’s the Little Mermaid statue sits right on the harbor. While we were there, we went by it twice.  The first time was on the canal boat and the second was on the e-bikes. No matter what time of day you go, there will probably be a bunch of people there. I think we counted four buses off-loading tourists to see her. Luckily when you are on your own schedule, you can find a time when you can get a clear shot.

The Danish Design Museum is full of innovative projects and really cool items. The chair exhibit was pretty amazing as you could see different chairs throughout the last century. I think some would look good in my living room. When we arrived, though, we were ready for lunch so we headed straight to the Klint cafe where we each ordered an amazing sandwich and a coffee. Then we took on the exhibits, everything from textile design to bikes. We loved it.

Walking into the center after the museum, we visited the Frederik’s Church, a baroque gem located not far from the Amalienborg Palace, which is well worth a stop. Don’t forget to see the Changing of the Guard everyday there at noon.

One of the most popular spots in Copenhagen is Tivoli Gardens, which has been a place for families and the gentle folk to wander since the middle of the 19th century. It has a very nostalgic feel, and houses one of the world’s oldest wooden roller coasters.

It’s pretty expensive, but it’s still well worth your trip. We would recommend against eating in the gardens as the prices are even higher than outside the park, the restaurants are crowded, and quality was not as high as we found at other restaurants outside the park.

The Gefion fountain is a beautiful monument near the harbor, standing just outside the Kastellet. A team of animals are being driven by the mythical goddess and nowadays folks use it as a wishing well.

The Kastellet is a five cornered, star-shaped fortress that does still house a few military buildings, but it is mainly just a beautiful park and historic site.

While pedaling around the city, we worked up quite an appetite and so we headed for one of the most popular open-faced sandwich restaurants in Copenhagen at Aamans Deli. Their specialty is of course sandwiches and when we went, we didn’t have a reservation and were lucky to get the last table.

We weren’t the last to ask, though, and many, many people had to take their sandwiches to go. The three of us each ordered three sandwiches and they were all amazing.

Copenhagen is full of green space like this beautiful park we discovered next to the Rosenborg Castle. You can take your sandwiches from Aamans to go, have a nice picnic here, and then visit the castle. There you will find the royal jewels and other historical exhibits. If parks and free are things that you like to do, check out this post on free activities in Copenhagen.

Other unique things to see in Copenhagen include:

And don’t forget to go to the UNESCO World Heritage site of Kronborg Castle, only about an hour outside of Copenhagen.

Looking for an amazing place to stay in the center of the city, check out these choice hotels in Copenhagen!

Whether you go by boat, bike, or by your own two feet, there is plenty to keep you busy in this cool city! Don’t miss out on the fabulous food, especially the open-faced sandwiches and the many amazing museums. 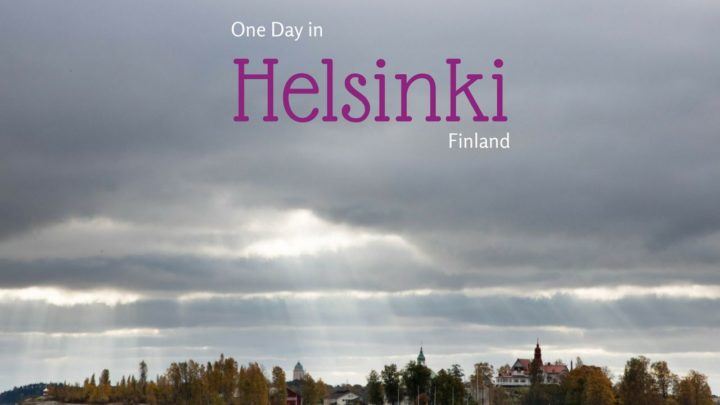 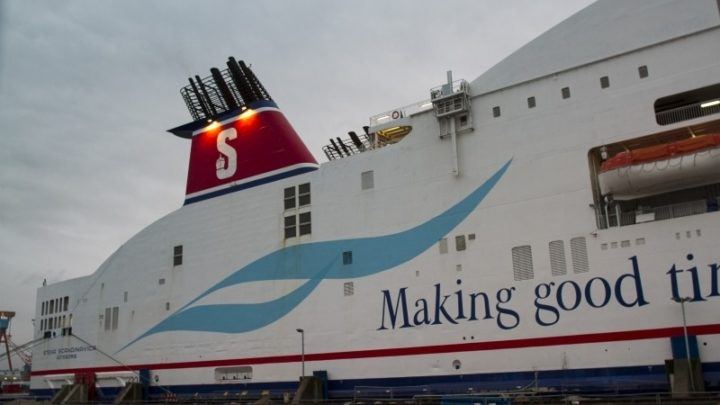 The Tower of London - Don't Lose Your Head 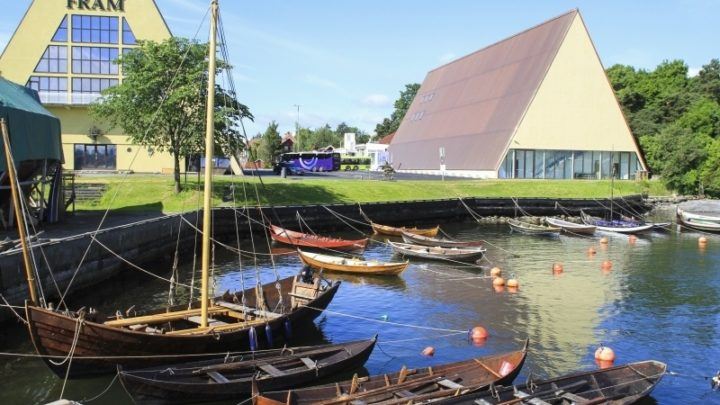 Bygdøy, The Island of Oslo Museums, Check it Out!

Save Copenhagen City Guide for later!

22 thoughts on “Cool Things to do in Copenhagen”