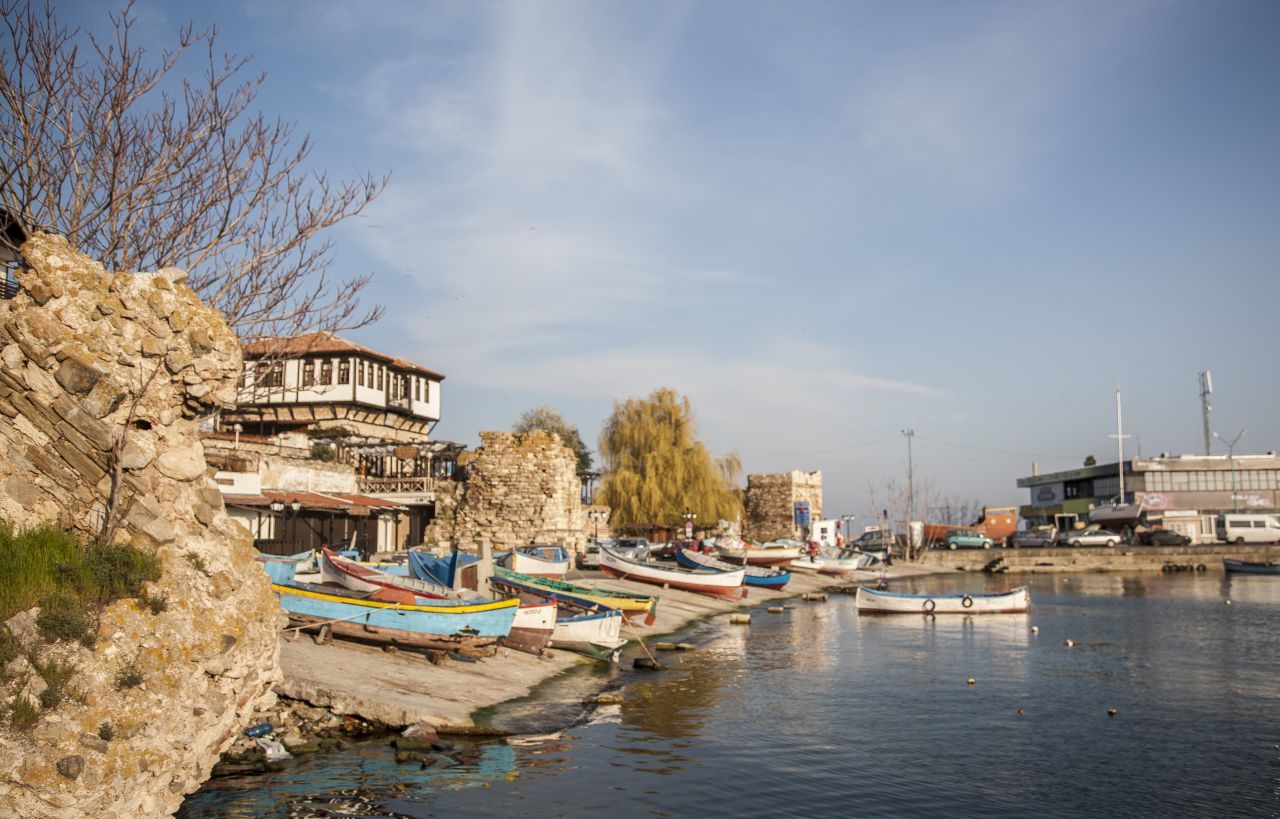 Our Bulgarian road trip continued out of the surprisingly fun city of Plovdiv and over to the coast.  We wanted to visit some fishing villages, see some ruins, and even take a look at the world heritage churches.

Our first stop on the Black Sea was Sozopol.  We parked for free near the church, and just walked around. Since it’s completely off-season it was so quiet.  We may have seen a total of 30 people in the whole town, and I think we were the only tourists.

The town is built up on a hill with lots of cobbled streets not much wider than a sidewalk to get around.  We took a number of photos of the ruins, churches, houses, and coastline.  The most interesting thing we saw was an old man that must make a pretty good living out of shells and sea horse carcasses which he had caught and were drying in the sun.

After a quick lunch, we walked out of town and drove on up the road to the World Heritage City of Nessebar.  Nessebar is famous for its Hellenistic ruins and many, many churches.  It’s over 3000 years old and very quaint. 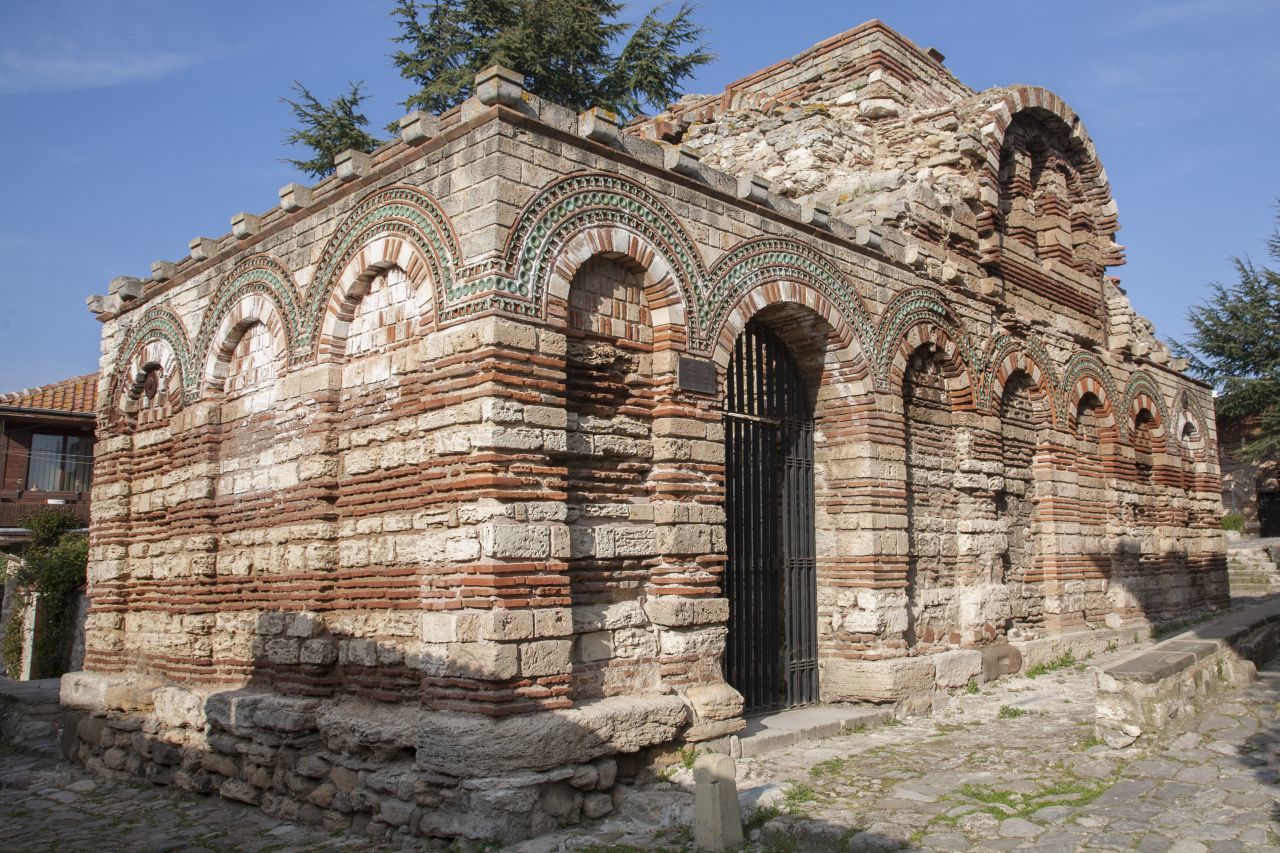 The problem with cities that are listed as World Heritage Sites is that they are more expensive than anything else around.  We could not find any free parking, so we went to the municipal parking area which was a minimum of 8 lev.  Then we went looking for a hotel and a restaurant.  There were no pensions that we could locate, but there were hotels.  We ended up staying in one and not paying too much due to the fact that there were no tourists this time of year, but come in the summer, and it will be outrageous.

The restaurants didn’t seem to care, though, if it was off-season or not.  They didn’t change their prices.  We went to one recommended by the hotel.  It was one of the most expensive yet tasteless meals we’d had so far in the entire country.

Just like any port town, there was definitely an “underbelly” section of town.  We wandered through it and found the cheapest beers in the whole country.  They cost a mere .80 lev each which is about 60 cents.  Well, you know we weren’t going to pass that up!

Not that we came just to eat and sleep.  We came to enjoy the treasures of the town.  The churches were interesting, and the ruins were as well.  The town is cute, easily walkable, and the people were friendly.  We definitely enjoyed the atmosphere there.  As far as World Heritage Sites go, it doesn’t rank up way up there, but we’re glad we came, we saw, and we had a beer. 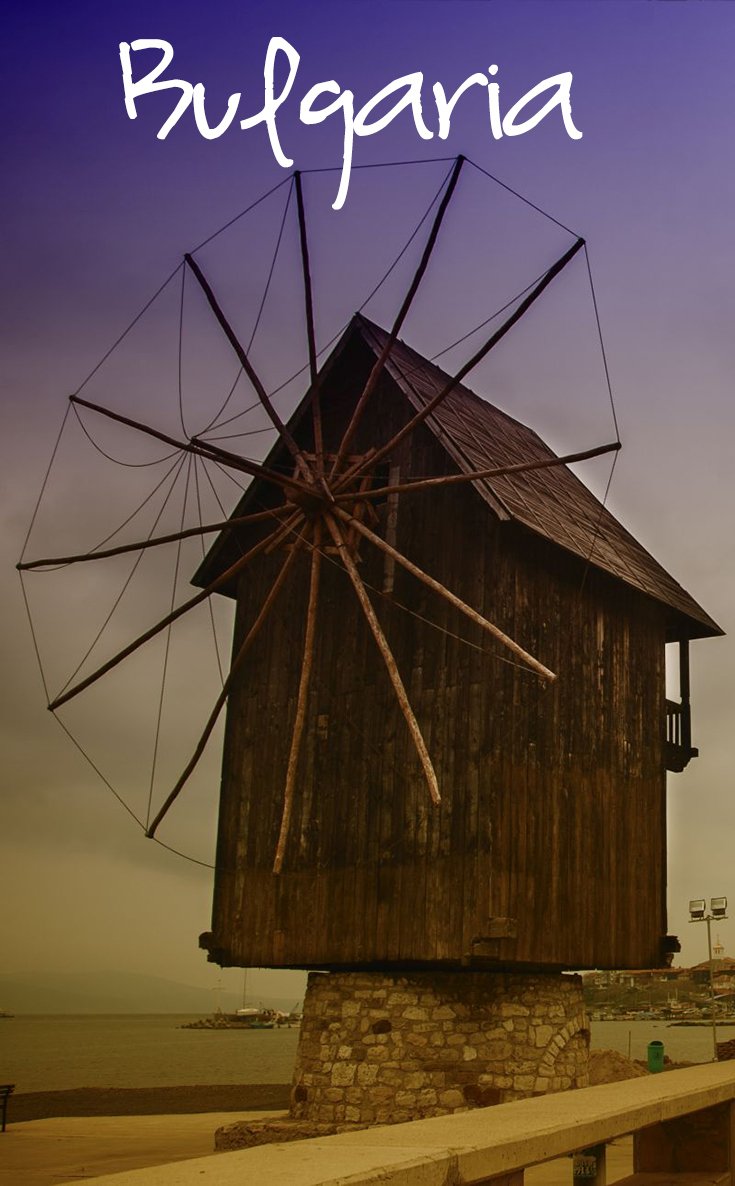