Try our traditional Turkish borek recipe (step by step) with lots of fillings to choose from. Borek, one of Turkey’s iconic snack or breakfast foods, is food for your soul.

Try our traditional Turkish borek recipe (step by step) with lots of fillings to choose from. Borek, one of Turkey’s iconic snack or breakfast foods, is food for your soul. In this article, we’ll tell you all about the traditional Turkish Borek. You’ll learn:

Borek is a flaky dough packed with savory fillings, like cheese, spinach, beef, chicken, and potatoes. Borek is one of those dishes that everyone loves, has their favorite recipes and fillings. Usually there is only one of the ingredients in a dish. However, Jim and I like to make ours with both cheese and spinach, and we make it about once a month. We love it!

Börek is found all over Turkey, and, in fact, it might be the Turkish food that has migrated to the most places that the Ottoman Empire used to be (source), which we were surprised to find out in our trips to Croatia, Hungary, Albania, and even Bulgaria (source). Wherever we found it, we had to try it, and we found that no matter the filling, the dough, the way it’s folded, we have enjoyed all of them.

Two of the most memorable times we tried it outside of Turkey was when we couldn’t figure out how to order it in Bulgarian, and a young man stepped up and did it for us. So sweet. And the other time was in Croatia where we were buying some for breakfast, and the baker invited us back to the kitchen where she was pulling her dough for the next batch. Borek brings people together, and after trying our easy recipe, you’re going to enjoy as much as we do.

Borek is one of those versatile dishes that can be eaten at any time of day and anywhere. Many bakeries, all over the world, will have it ready for breakfast! It really doesn’t matter which kind of Turkish börek you try, what time of day you eat it, or where you get it from; they’re all delicious, so that’s one reason we took a cooking lesson from our good friend Füsun and included her Turkish Borek recipe here. Take it from me, it’s çok güzel! (Totally delicious!)

Step 1: Make sure your yufka dough is kept moist, so take it out of the packaging and keep it between two damp dish towels.

Step 2: Make the fillings for your borek.

Step 3: Cut your yufka, and separate the layers. Decide which shape or layering technique to use. Make sure to brush each layer with generous amounts of egg wash or melted butter.

Step 4: Cook your borek. Most, like ours is baked, but some called sigara börek (a Turkish cheese borek), are rolled and deep fried providing a completely different flavor. They are often served as appetizers to a meal.

Step 5: Serve, make sure to have a glass of Turkish çay (tea) ready!

Yufka is an extremely thin dough. It can be used in borek and gozleme. You will often see Turkish women making gozleme in some Istanbul restaurants, using a long wooden rolling pin on a short table. However, the gozleme dough doesn’t need to be nearly as thin as yufka for borek. The pastry for borek is made and stretched similarly to that of apple strudel. To see how this is done, you can watch this video.

You can’t make traditional borek without using the thin pastry called yufka. It used to be that you had to go to the yufka-maker’s to buy the dough, unless he had a stall at your local market, but nowadays there is plenty of plastic-wrapped yufka available in the supermarkets.

However, as you might expect, supermarket yufka is not as desirable, because it often feels stale and hard. Many international supermarkets will sell yufka, but if you can’t find it, phyllo dough can be found frozen in most grocery stores and will work just as well.

There are many types of börek, with many kinds of fillings. It doesn’t really matter what you put inside, it’s all tasty. The way the börek is layered or built with the layers of yufka determines what it’s called. We used two different styles of börek, one a spiral method that looks like a rose called gül, and then a regular layered one, called saray börek, which of course is more commonly made in the home since it takes much less time.

The Fillings in our Turkish Börek Recipe

There are many fillings for Turkish borek including lamb mince, ground beef, feta cheese and herbs, and spinach.

In this article we’ve included two traditional borek recipes, one with spinach (Ispanak) and the other with ground beef (kiyma). It’s difficult to find exactly the right ingredients in the US sometimes, so we’ve also included a way to make a close facsimile to the traditional borek with our American borek recipe.

Other than yufka, both the types of borek you will need to make the egg mixture which allows the dough to stay soft and helps make it a golden brown when baked.

For both methods, you will need three sheets of yufka. If bought fresh, one kilo of yufka is about six sheets.

It’s just what it sounds like. You lay the yufka out on the table. Spread some of the egg mixture over the dough. Lay a long line of the filling of choice , starting about one-fourth of the way from the top edge. Then roll into a snake shape. Take the börek snake and wrap it in a coil to lay in your round pan. Spoon the leftover egg mixture on top and bake in a 350 degree (180 degrees Centigrade) oven for 20 minutes or until golden brown.

This method is a bit easier than the spiral method, and it doesn’t matter which you choose. Lay one sheet of yufka over the pan with the edges over lapping. Spoon in filling. You will make three to four layers, so portion the filling appropriately. Fold over the yufka, keeping it as flat as possible. Alternate layers of dough with the filling. For each layer of dough, spoon some egg mixture in between to keep the dough moist, especially where yufka touches yufka. Repeat until the dish or pan is full. Spoon the remaining egg mixture on top and bake in a 350 degree oven for 20 minutes or until golden brown.

With both methods, sprinkle a few drops of water on the börek, place a damp towel over the pan and let cool for 20 minutes. Cut and serve. I like my börek hot, but the cheese and other veggie varieties taste really good cold as well. That makes it a great dish to take to work or on the road with you.

This Turkish Börek recipe might seem a bit intimidating, but it really isn’t too bad. Don’t worry about the look of the folds or spiral. When it’s all baked, it always comes out looking wonderful. Oh, my mouth is watering just thinking of it.

What are some other types of börek?

Borek dates back to the Ottomans, who spread it far and wide, since it was such a popular dish. Therefore there are many, many varieties of borek. In Turkey, you will find:

How long does Borek Keep?

Borek is meant to be eaten within about 24 hours. If cooked then put in the refrigerator it will begin to wilt. However, you can eat it up to 2 or 3 days later, and heat it up quickly in the microwave.

Freezing cooked borek is not advised. Really, the only borek that is good after freezing is cigara boregi. This is because they are individually wrapped and when taken out will be deep fried. For the best taste, make it and eat it!

Turkish borek is an amazing food that you must try while visiting. It's pastry filled with things like spinach, cheese, meat, or potatoes. You'll love it.

Alternatively, you can replace the egg mixture with a simple melted butter wash between layers of dough. We also like to add cheese to our borek. Feta and havarti are good options for this.

One of Turkey’s iconic foods, you will love our borek recipe and so will the kids. Remember, you can basically put anything inside the phyllo sheets, minced meat, chicken, vegetables, potatoes, and bake it up.

The following are our top recommendations for Turkey:

We’ve found the best accommodations in Turkey can be found on the Booking.com website.

The Best Sightseeing Tours in Turkey are:
*Best of Istanbul Day Tour ($64)
*Hot Air Balloon Flight over the Fairy Chimneys of Cappadocia ($115) 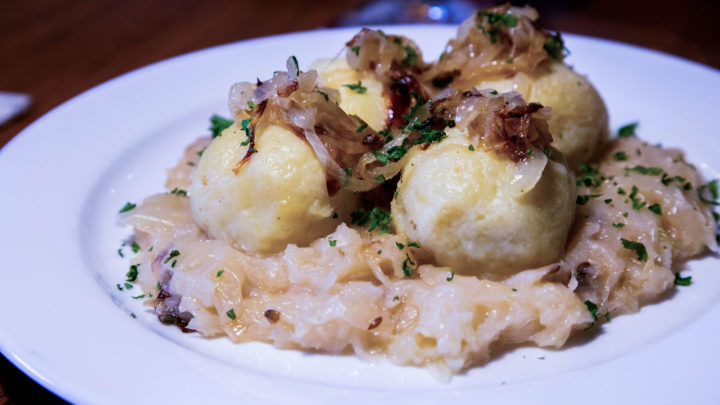 Dumplings Around the World - An Eating and Cooking Project 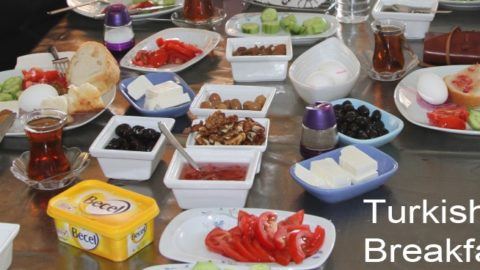 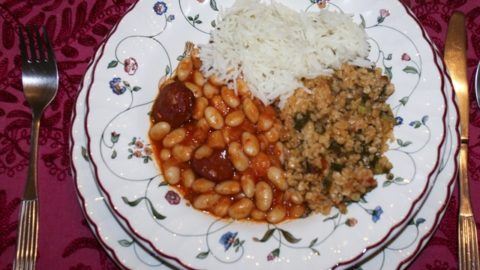 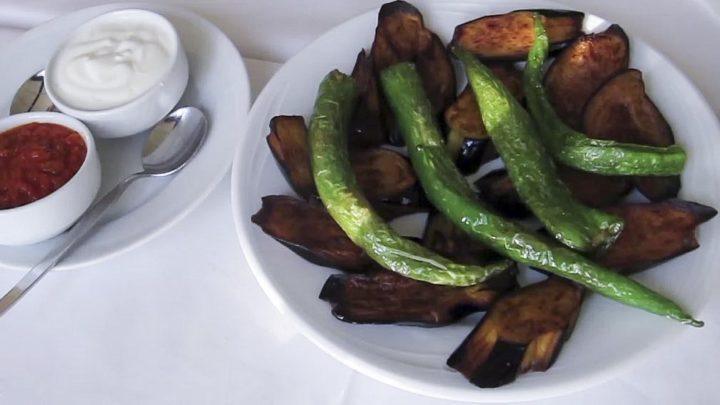 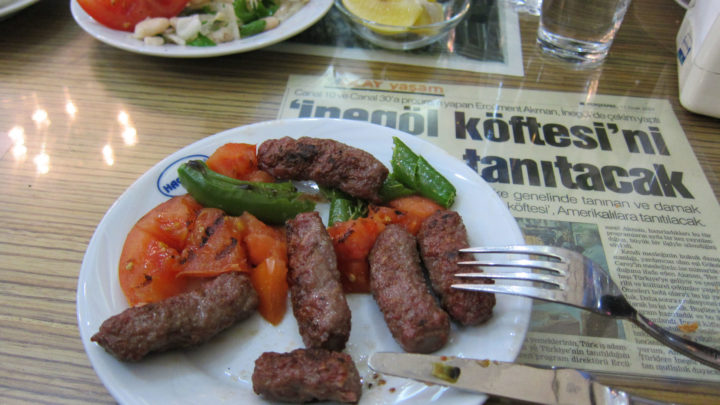 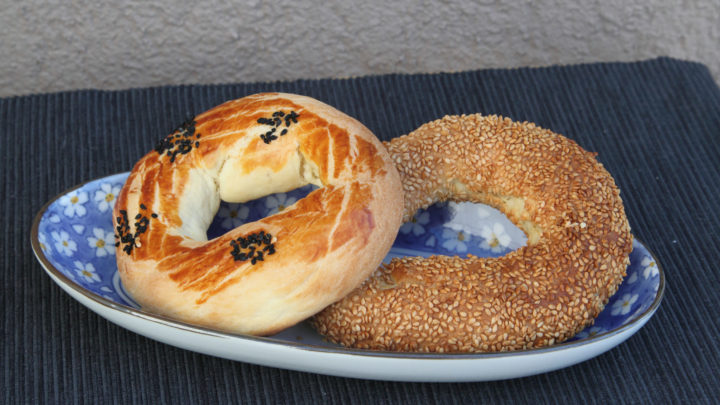 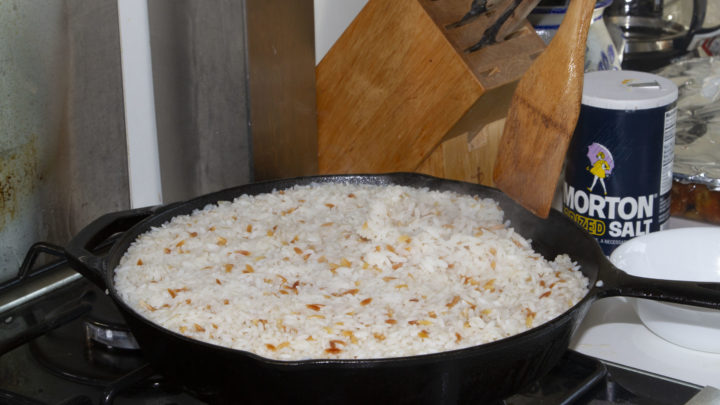 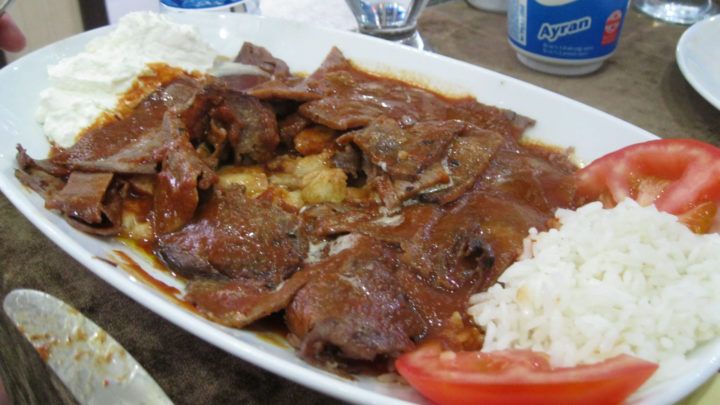 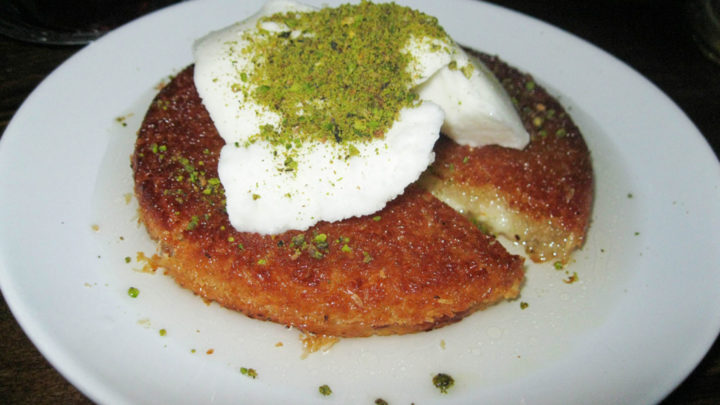 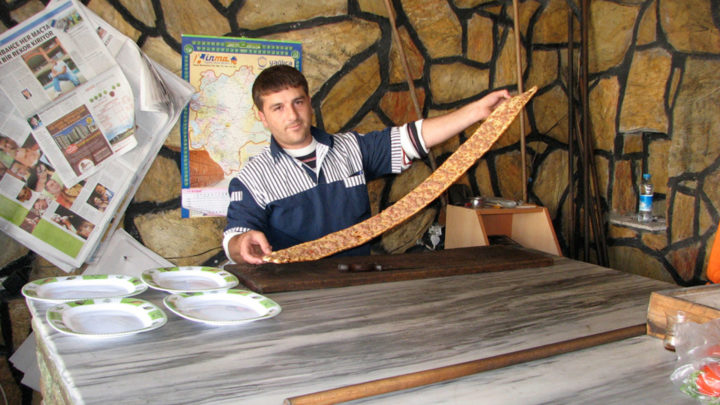 Made this last night (spinach and cheese) for me and and my wife and it was a massive success. We paired it with olive couscous and a fresh tomato salad. It is fantastic warm or cold and yes, we will be bringing this to work for lunch. Sharing recipes like this is the reason the internet exists. Thank you!

Thank you. It is a great work lunch option, I agree.

Going to do this weekend. We have no one around here that offers. When we lived in Izmir our favorite was Cheese Borek. Gonna do the triangles. Bit more of a challenge but will be worth it. Wish me luck ❤

I'm sure you can do it! Good luck!

I'm confused a little bit... Do I have to use egg mixture or melted butter when layering the phyllo pastry?

You can use either. I have done both, but my Turkish friend would say use the egg batter.

Kim, Glad to hear it. Fusun really is a fantastic cook, and she taught us.

I just made borek for the first time - a feta and spinach version. I used another recipe before finding your website, but it was very similar to yours. I used Turkish yufka and made it in a rectangular baking dish. I let it rest in the refrigerator for 3 hours before baking. It turned out looking great and the taste was good, but the texture seemed rather tough to me. I've never eaten or made borek before, so I'm not sure what I'm aiming at. Any advice? Thanks!

Wendy, The only time I let the mixture set is if I'm going to fry them into cigara borek. For baking, no setting is necessary.