“Zellini Smokini” was the mantra we took from Bulgaria when we visited a couple of years ago. Okay, most people don’t go around yelling out “Figs! Figs!” but it just rolls off your tongue, especially when you yell it like a local.

Eastern Europe beckons us. As we plan our next trip, we keep coming back to how wonderful, surprising, friendly, and beautiful we found Bulgaria. We want to go back! Here are our top seven reasons why we find this little-traveled country so fascinating. 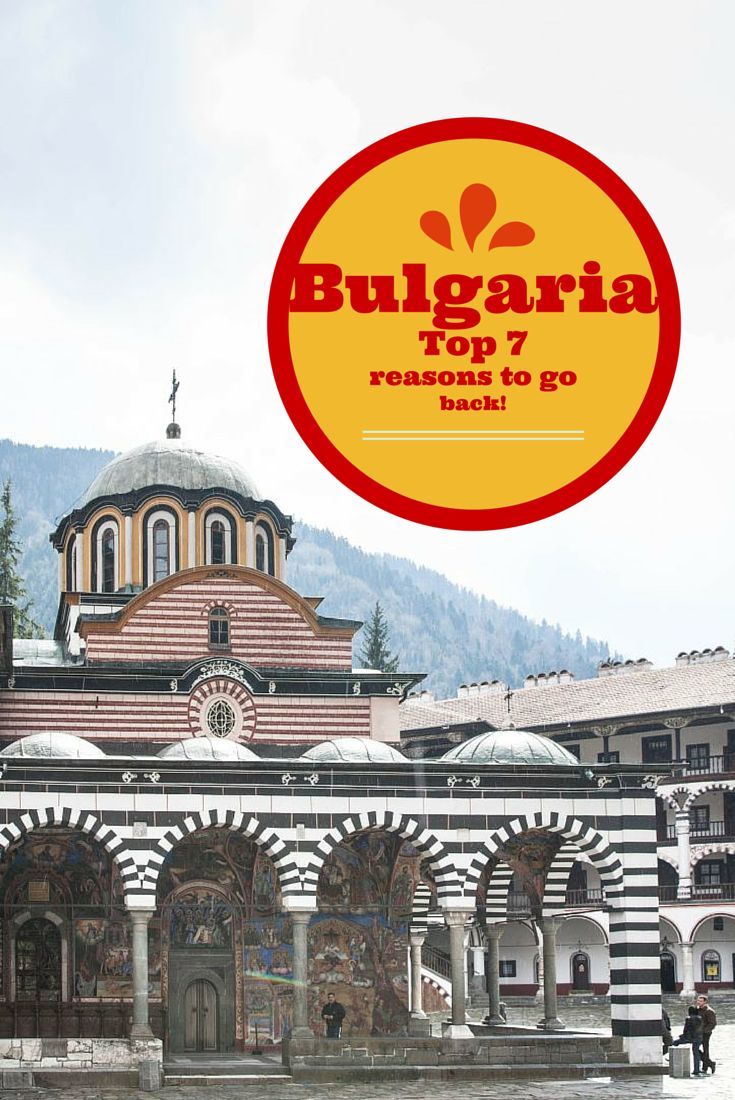 We weren’t sure what to expect, but immediately we began to find out that even though the Bulgarians might be guarded, they are super friendly and helpful!  We don’t speak Bulgarian, or even Russian, let alone read Cyrillic, so we had to rely on hand gestures, a smattering of western European languages, and the locals’ command of our language to get by.  With a lot of shouting, hand gestures, and many laughs it worked! Picture this.  We are on a gravel road in a tiny village somewhere in the hinterlands, and we decide we’re ready to stop for the night and get a bite to eat.  A colorfully dressed woman of about thirty is walking up the road.  I jump out of the car and ask her with my extremely limited ability to communicate where we should go for a hotel and a restaurant.  She couldn’t stop laughing!  There were absolutely none in the vicinity; we were going to have to keep driving, up to Shumen, the next very small city.  The interchange was probably a total of ten minutes, but we both got such a kick out of each other that it became one of the defining moments of the trip.

From our first hotelier in Melnik, to the proud horse owners throughout the country, we found everyone to be genuinely friendly! Fresh ingredients and few preservatives go into the tasty Bulgarian cuisine.  A hearty baked-daily bread, sizzling stews, and lots of pork make up much of the diet.  However, I think the two main staples of Bulgarian food are potatoes and cheese.  Often these two are served together.  I ask you, what can possibly be better than potatoes and cheese? Actually, their most famous dish is Shopska Salad.  I had one every single day I was there.  Every day!  Fresh green ingredients with a new cow’s milk cheese shredded on top; it was crisp and delicious in every place we ate.  We left the country dreaming about them for the next six months.  To be honest, one of the main reasons I want to go back is for these delicious salads.  I’m drooling right now! Driving in our little rented car, we got to see so much of the country and it was stunning.  From mountains, to rivers, quaint villages and farmlands, the countryside is just downright picturesque! Bulgaria is full of fantastic attractions.  Home to nine inscribed UNESCO World Heritage Sites, as well as plenty on the tentative list, illustrates what a diverse and historical country it is.  We marveled at the world-famous Rila Monastery, the ancient city of Nessebar, and were perplexed how a modern city like Plovdiv could build itself right over an old Roman settlement. We also saw our share of Soviet memorials and statues.  All in all, we enjoyed them and we are sure there is plenty more to see. Any country bordering the Black Sea is a worthwhile destination, and Bulgaria has a host of coastal villages and fishing towns that are fantastic.  We’re not beach-goers, but I’ve heard the beaches are nothing to scoff at either. One of my favorite things about traveling to places that are still a bit unknown is watching them develop.  Being behind the Iron Curtain for so many years means that everywhere we went there was an intriguing mix of the old and new.  No matter how large the city, even in the capital of Sophia, we saw horse carts alongside the cars or in this case, campers! The capital of every country is worth visiting.  That’s where you find the museums, the statues, the parks, the churches, the things to see.  We were less enamored with Sophia than many of the other places we visited in the country, but we did go to the market, eat at some great restaurants, and see the modern side of Bulgaria.  I think we’d like to go back to Sophia and check out some of these sights and see if it will grow on us just a little more.

Have you been to Bulgaria?  What would draw you back there?